Six arrested for selling Chinese gear to military as “Made in America”, Ars Technica 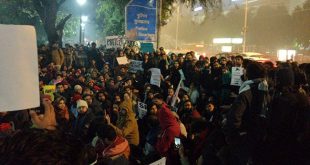 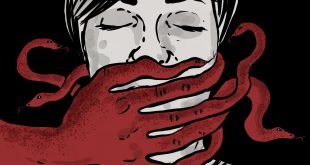 Cameras and other gear were sold to military marked “Made in America.” They weren’t. *****

(In August) , an Air Force service member noticed something strange about a body camera being used by security personnel at an Air Force base: Chinese characters on the screen. A subsequent investigation found numerous indications that the camera — and two dozen others in the same shipment — had been made in China.

Investigators found three telling logos in the camera’s firmware: an Air Force Logo, the logo of the Chinese company that made the camera, and the logo of China’s ministry of public security. Forensic analysis indicated that all three images had been loaded on the camera at the same time by someone in a Chinese time zone. This suggested that not only was the camera made in China, but the Chinese knew that the body camera would be shipped to an Air Force facility.

How did a Chinese-made digital camera wind up at a US Air Force base? In a criminal complaintunsealed Thursday, federal prosecutors blamed Aventura, a New York-based company that has been fraudulently re-selling Chinese-made gear for more than a decade. On Thursday, six of the company’s founders and senior officials were arrested and charged with fraud and other crimes.

Passing off Chinese goods as “Made in America”

But since 2006, the feds say, Aventura has been buying Chinese-made cameras, metal detectors, and other products, slapping “Made in America” ​​logos on them, and re-selling them in the United States — to customers including US government agencies who are legally prohibited from buying such items.

The complaint argues that the Aventura’s senior executives — particularly managing director andde factoowner Jack Cabasso, knew exactly what they were doing. In 2016, in a remarkable display of chutzpah, Cabasso sent an email to a government official arguing that 12 of his competitors were violating federal law by selling Chinese-made products to the federal government.

This, he wrote, was a “big problem” because the Chinese manufacturer was “actually the Communist Chinese government and had significant cybersecurity issues aside from TAA compliance. ” Thursday’s complaint charges that Aventura had been re-selling gear made by the same Chinese company.

When a Qatari distributor emailed Aventura in 2018 to get confirmation that the company’s gear was US-made, Cabasso replied with a purported photo of Aventura’s manufacturing facility on Long Island, New York. He wrote that representatives of the Qatari distributor could visit the factory at any time.

In reality, the photo showed an image taken from a2014 articlepublished in a trade publication showing the Chinese facility where the camera had actually been manufactured.

Aventura allegedly went to significant effort to conceal the Chinese origins of its products. Email records show the company worked with its Chinese suppliers to scrub any reference to the original manufacturer from circuit boards and onboard software.

Still, Aventura’s efforts to conceal its gear’s origins was far from foolproof. One sample product was shipped to a prospective customer with a Chinese user manual included. In another case, a customer figured out that the camera was a modified version of a Chinese product and “asked Jack Cabasso to supply the original, unaltered firmware” created by the Chinese company “in the hopes that it would be superior to Aventura’s’ buggy ‘altered version. “

The feds say Aventura has earned $ 88 million in revenue over the last decade, including $ 20 million in federal contracts. “Aventura’s largest customers are US government agencies, including the US Army, US Navy, and US Air Force,” prosecutors report.

The Air Force body cameras weren’t the only case where sensitive Chinese-made gear ended up in military facilities. In another case, the Navy ordered a $ 13, 500 night vision camera from Aventura. Federal investigators intercepted the camera as it arrived at JFK airport from China and discreetly marked it. The same camera was delivered at a naval base in Connecticut two weeks later.

The government charges that Aventura’s fraud allowed Jack Cabasso and his wife to live a lavish lifestyle. In 2016, the company wired $ 450, 00 0 to help buy a house for one of the couple’s children. The couple has allegedly spent around a million dollars to maintain a 70 – foot yacht.

The company even allegedly committed fraud to qualify as a woman-owned business. Federal law gives special contracting opportunities to companies that are owned and controlled by women. Jack’s wife Frances was listed as the majority shareholder and CEO of Aventura, but prosecutors say that she played virtually no operational role at the company. Instead, she had a full-time job at an unrelated accounting firm, according to federal prosecutors. 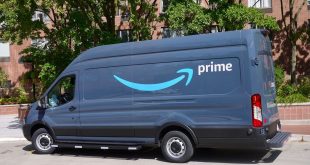 As Amazon has grown from an online bookstore into an everything store, it has tackled product category after product category on its way to e-commerce domination. But there’s an area where Amazon’s growth has been noticeably restrained: low-priced goods where the cost for Amazon to ship them is higher than the price a customer pays…