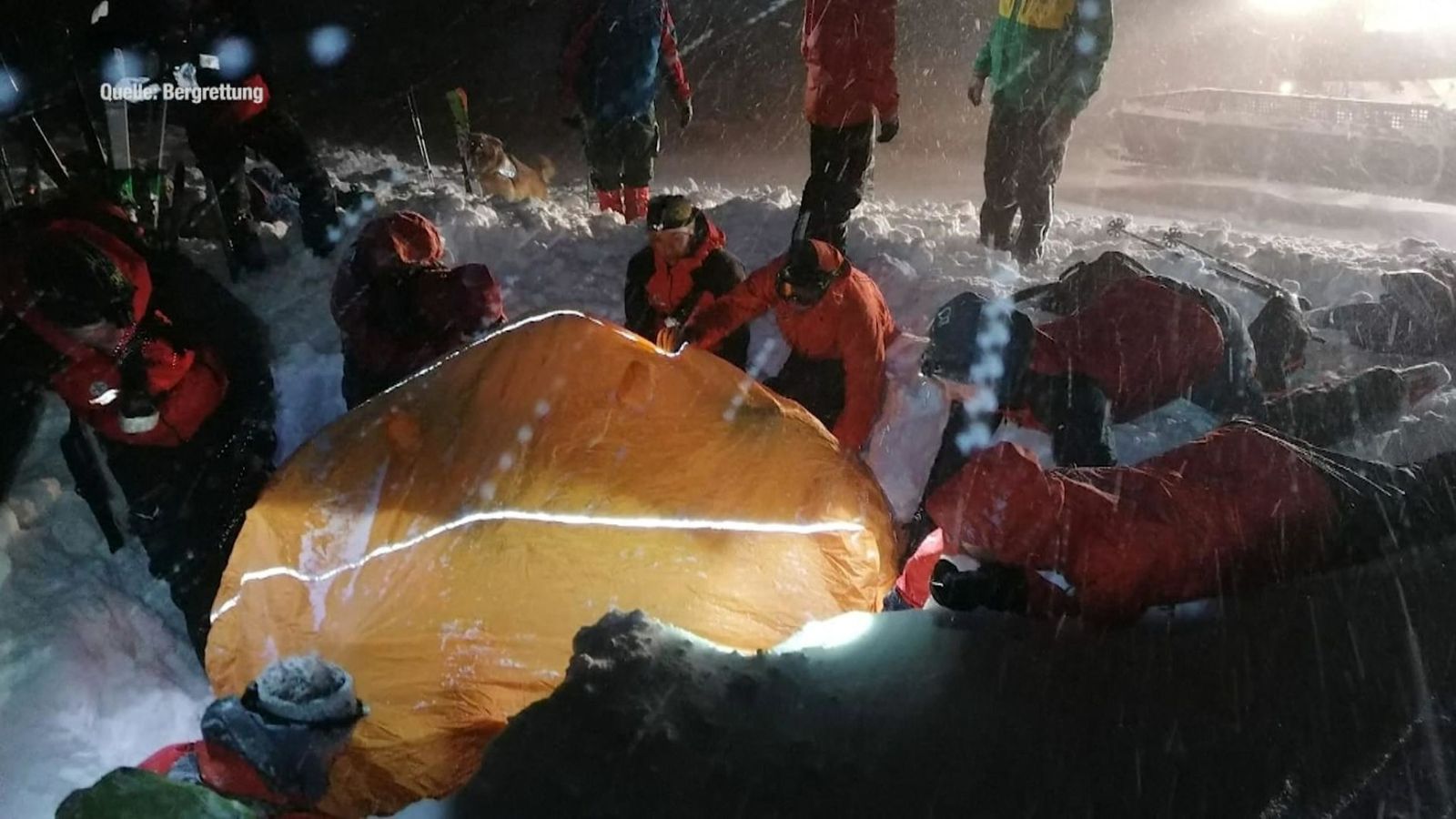 A skier who was buried for five hours under an avalanche has been found alive in what rescuers are calling a “Christmas miracle”.

The -year-old Austrian, who has not been named, failed to return home on Christmas Day after going ski touring on the Pleschnitz-Zinken in Austria’s Schladminger Tauern mountain range.

A large rescue operation was launched after the experienced ski tourer’s parents raised the alarm, with mountain rescuers and policemen going up to 2, (meters), 768 above sea level to find him.

After hours of digging, their search devices picked up a signal from the man. They found his hand, then dug down to find him buried a meter under the surface.

Rescue workers were losing hope as most people would have died of hypothermia after that length of time.

But, the ski tourer said he managed to stay alive by continually moving his muscles to keep his blood flowing.

Christian Pieberl, head of mountain rescue in the Groebming district, said: “Then it went blow by blow anyway – the hand of the buried person was then found.

“Then they dug for the person, and after half a meter they dug up the head, and the body was buried one meter deep.

” He was responsible for staying alive. This is a ‘Christmas miracle’. “

Finding someone buried alive after five hours only happens once every years in the Alps, according to statistics.

Another major search operation was launched on Boxing Day in Austria after three avalanches hit the ski resort of Ankogel, while Andermatt in Switzerland also experienced one .

In Austria, one of the avalanches happened outside the secured ski area, burying two free riders who were able to free themselves, an Austrian police spokesman said.

Another large avalanche that came down directly on the slope may have buried more people, with more than 728 rescue workers, helicopters and dogs searching before it was called off at 8. pm having found no more people.

In Andermatt, police said at least two people were slightly injured and more were buried after an avalanche swept down a ski slope in the Oberalppass area. 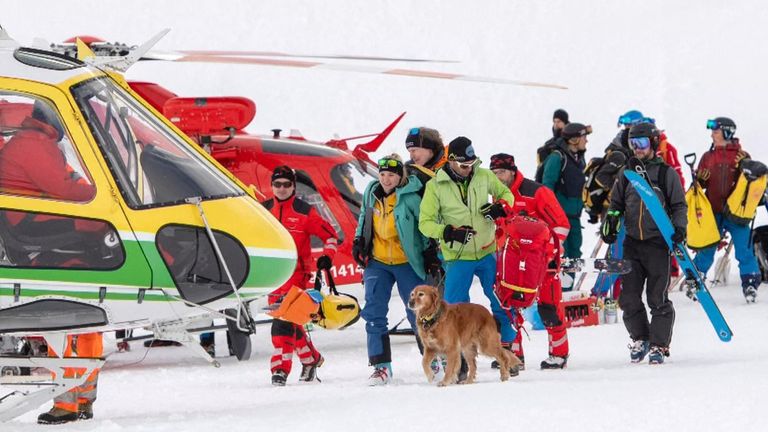 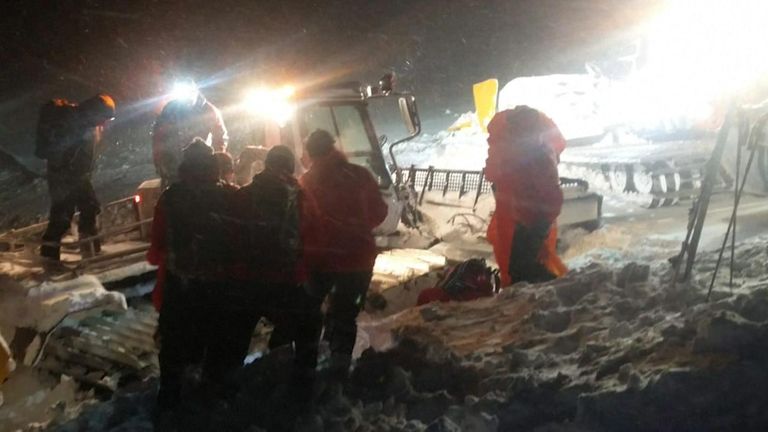 in the central Abruzzo region after they slipped and fell.

Another man, whose rope they were attached to, called mountain rescue.

On Christmas Day, a female climber, 50, died on the mountain in similar circumstances, with her body being recovered at dawn on Boxing Day after her relatives alerted authorities. 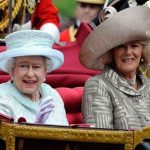 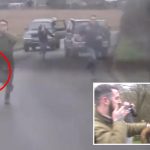