Abu Dhabi: Parents must prevent children from signing up on social media at inappropriate ages as doing so can promote bullying and harassment at younger and younger ages, educators have advised.

“Bullying can occur at all ages … although it may take different forms. We do see cyber bullying and harassment at younger and younger ages, and most parents don’t have proper measures to monitor Internet use,” said Kathryn Simms, vice principal at Raha International School.

“Keep track of your child’s device and check it regularly. Don’t let kids sign up for social media accounts at an inappropriate age, before the age of 13 at least, [because many are] completely unfiltered,” she advised.

As Gulf News reported, a bullying incident at a Dubai school has been widely shared, initially by school students on social media. It shows a student talking down to another girl, then pulling her hair, while the girl cries and asks to be allowed to go home.

The video was eventually shared on Twitter by Jawaher Wejdan, a 15-year-old Emirati student at another school, who tagged the emirate’s education regulator, the Knowledge and Human Development Authority (KHDA) calling for action. Other users eventually identified the school, and Gems Education issued a statement to Gulf News saying “appropriate action” had been taken. Sources say the girl seen to be bullying in the 57-second clip was withdrawn from the school, along with another student, and that there have been additional suspensions.

But parents responding to the incident on social media appear outraged, with many identifying the alleged bully as a Dubai-based ‘influencer’ with more than 47,000 Instagram followers. Some even pointed out that her following appears to have grown since the incident, and that there is no way to stem her ‘influence’ since her behavior isn’t inappropriate on Instagram per se.

“We want people using Instagram to have a positive experience and there are a number of ways for people to report content, accounts or hashtags that violate our community guidelines. If you see something you believe should not be on our platforms, we encourage you to report it to us using our in-app tools. We have teams working 24/7 to review these reports and take the relevant action,” a spokesperson from Facebook, which owns Instagram, said in a statement.

Chaturvedi warned that bullying promotes self-esteem in the victim, causing them to withdraw from their surroundings. In severe cases, victims have been known to commit suicide.

“But bullying also affects the bully negatively. The bully gets bolder if not checked, and learns to tame the fear of repercussions while craving dominance and being intolerant to criticism, she explained.

In addition, the widespread use of social media by youngsters has amplified the scale and scope of the problem of bullying.

Simms wisely advised that parents speak to children regularly about Internet use. Last year, a study of 700 UAE-based parents by Cartoon Network MENA suggested that 85 per cent of schoolchildren in the country have been bullied, mostly online.

Parents should be good models

“But most importantly, [parents must] model and encourage respect and empathy towards others,” she said.

Simms explained that bullies often have underlying issues that need to be carefully resolved with robust social and emotional support, along with appropriate consequences for their behaviour.

“They are often bullying as a means of control when other areas of their life feel out of control. The victim of the bullying often experiences self-doubt, and this can lead to them becoming a bully later in life [they do not receive help],” she added.

What signs indicate your child is being bullied?

What signs indicate your child is a bully?

The post Social media can promote bullying appeared first on The Wealth Land. 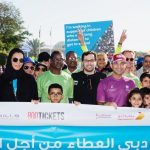 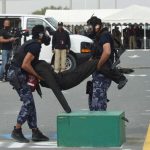