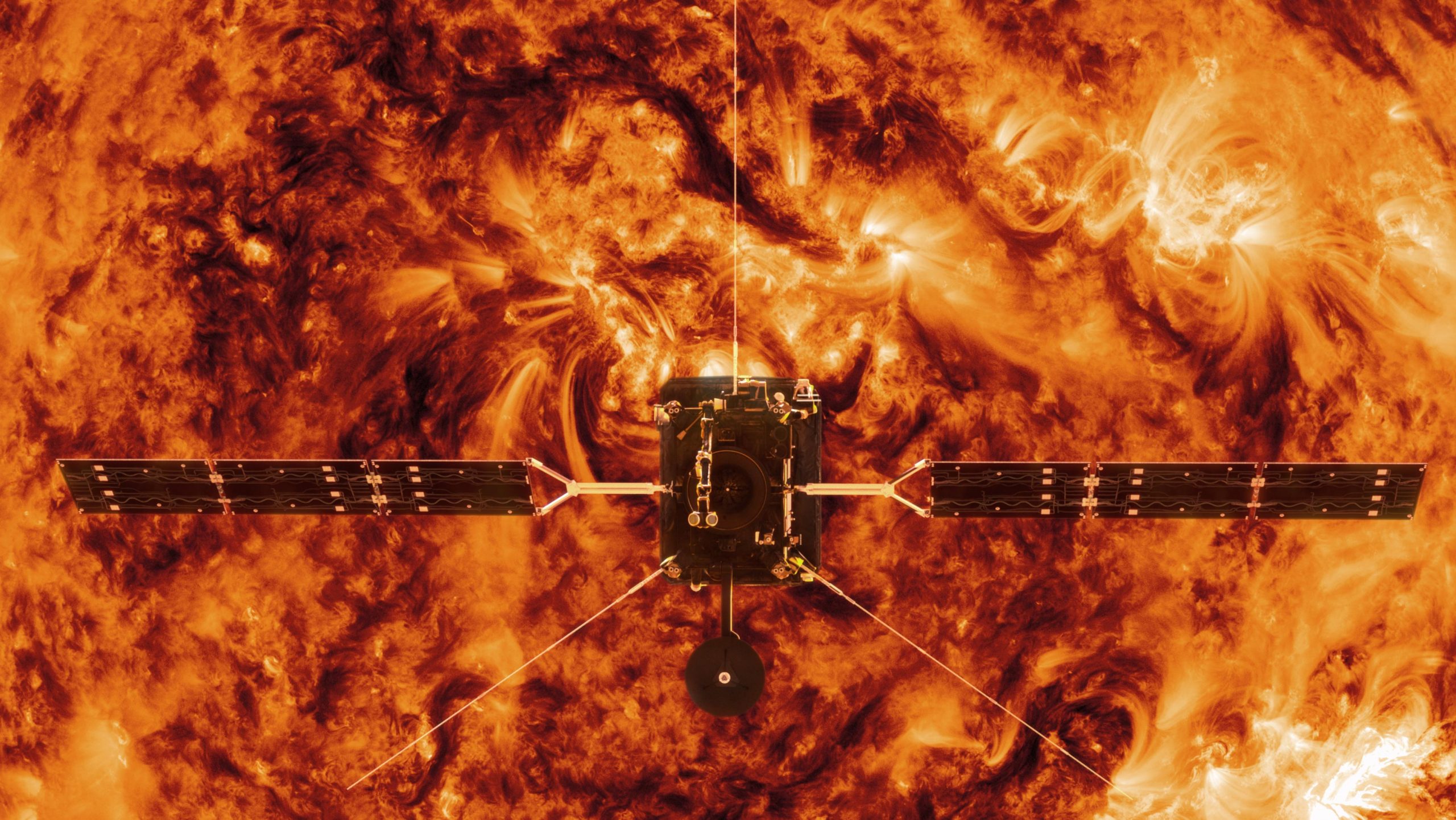 Artist impression of ESA’s Solar Orbiter in front of the Sun (not to scale). The Sun is based on an image captured by NASA’s Solar Dynamics Observatory, and has been adapted for this artistic view. Credit: spacecraft: ESA / ATG medialab; Sun: NASA / SDO / P. Testa (CfA)

When Solar Orbiter launches on its journey to the Sun, there’s one key piece of engineering making this ESA-NASA mission possible: the heat shield.

Seeking a view of the Sun’s north and south poles, Solar Orbiter will journey out of the ecliptic plane – the belt of space, roughly in line with the Sun’s equator, through which the planets orbit. Slinging repeatedly past Venus in order to draw near the Sun and climb higher above the ecliptic, the spacecraft bounds from the Sun and back toward the orbit of Earth throughout its mission.

“Although Solar Orbiter goes quite close to the Sun, it also goes quite far away,” said Anne Pacros, the payload manager at the European Space Agency’s, or ESA’s, European Space Research and Technology Center in the Netherlands. “We have to survive both high heat and extreme cold.” In the dark of space, Solar Orbiter faces temperatures of minus degrees Fahrenheit. At closest approach, million miles from the Sun, it will encounter intense heat and radiation.

But Solar Orbiter’s 437 – pound heat shield demonstrate and guides heat away from the spacecraft and can withstand up to 72863 ° F.

The heat shield is built like a 15 – foot-by-8-foot sandwich. The front layer – wafer-thin sheets of titanium foil – strongly contrast heat. A honeycomb-patterned aluminum base, covered in more foil insulation, forms the inner slice closest to the spacecraft and provides support.

The Solar Orbiter spacecraft is prepared for encapsulation in the Atlas V payload fairing. In this image, the front layer of thin titanium foil and star-shaped brackets are visible. The front layer revers heat, while the brackets provide support. Credit: NASA / Ben Smegelsky

Star-shaped titanium brackets keep the layers in place, like a toothpick tasked to hold bread together, but notably, this sandwich is missing its filling. The nearly -inch gap in the shield funnels heat out to space. A smaller, second gap lies between the inner slice and the spacecraft. Overall, the shield is 88 inches thick. It also has several eyes: peepholes for five of the spacecraft’s remote-sensing instruments to peer through.

Solar Orbiter’s heat shield is coated with a thin, black layer of calcium phosphate, a charcoal-like powder much like pigments used in cave paintings thousands of years ago.

“It’s funny that something as technologically advanced as this is actually very old,” Pacros said. But the coating resists degradation under the blow of intense solar ultraviolet radiation. Although the black powder does absorb some heat, it’s excellent at shedding that heat back out to space.

Solar Orbiter also has to contend with its own heat. Its instruments work up a sweat while they’re running; Panels of radiators on the side of the spacecraft eject heat and ensure the instruments don’t get too hot.

Solar Orbiter is an international cooperative mission between the European Space Agency and NASA. ESA’s European Space Research and Technology Center (ESTEC) in the Netherlands manages the development effort. The European Space Operations Center (ESOC) in Germany will operate Solar Orbiter after launch. Solar Orbiter was built by Airbus Defense and Space, and contains 10 instruments: nine provided by ESA member states and ESA. NASA provided one instrument (SoloHI) and an additional sensor, the Heavy Ion Sensor, which is part of the Solar Wind Analyzer (SWA) instrument suite. 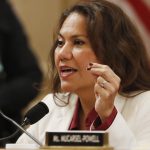