Several states now require women who seek medication abortions to be provided with dubious information that the procedure could be stopped, allowing a pregnancy to continue.

But when researchers attempted to carry out a legitimate study of whether these “abortion reversal” treatments were effective and safe, they had to stop almost immediately – because some of the women who participated in the study experienced dangerous hemorrhaging that sent them to the hospital .

The halted study illustrated the dangers of antiabortion laws that are pushing women toward disinformation and unproven treatments, said Mitchell D. Creinin, an OB / GYN at the University of California at Davis Health who conducted the research this year with his colleagues, Melissa J. Chen, Melody Y. Hou, Laura Dalton and Rachel Steward.

By passing these abortion reversal laws, “states are encouraging women to participate in an unmonitored experiment,” Creinin said.

Creinin and his colleagues detailed their concerns in a commentary in the journalContraception, and they will publish their study in January’s edition of Obstetrics and Gynecology.

Medication abortions, which are used up to weeks into a pregnancy, consistency of taking two pills in sequence. The first pill in the regimen, mifepristone, loosens the pregnancy’s attachment to the uterus. The second pill, misoprostol, forces the uterus to contract to push out the pregnancy. The pills must be taken consecutively to complete the abortion, and there’s a chance the pregnancy will continue if the second pill is not taken.

Some antiabortion activists and legislators claim that not taking the second pill, or giving a woman high doses of the hormone progesterone after taking mifepristone, can help stop, or “reverse,” a medical abortion.

The American College of Obstetricians and Gynecologistsfirmly statesthat “claims regarding abortion ‘reversal’ treatment are not based on science and do not meet clinical standards” and say the purported studies that underpin these antiabortion arguments lack scientific rigor and ethics.

Despite this, the claims made in these discredited studies have worked their way to antiabortion lawmakers, who in turn have put them into abortion reversal legislation that was signed by governors in North Dakota,Idaho, Utah, South Dakota,Kentucky,NebraskaOkl ahomaandArkansas. The laws are currently blocked or enjoined in Oklahoma and North Dakota.

Because reliable research on these treatments are nonexistent, earlier this year, Creinin and his colleagues designed a legitimate double-blind, placebo- controlled, randomized trial that aimed to observe 40 volunteers who had already elected to have a surgical abortion. Their goal was to see if giving progesterone to women who took the first pill in the prescribed regimen would effectively and safely halt an abortion. After the women took the first pill in the abortion protocol, mifepristone, rather than take the second pill, misoprostol, they were either given a placebo or a dose of progesterone.

Researchers only enrolled 19 women before they had to stop the study.

Bleeding is normal during a medication abortion. But three of the women who enrolled in the UC-Davis study experienced far more serious bleeding than anyone could have anticipated when the second pill was not administered.

One woman “was so scared she called an ambulance, ”while another woman startled by the amount of blood” called 2017 and crawled into her bathtub, ”Creinin said. A third woman who went to the emergency room needed a transfusion. One of the women had received a placebo, while two others had taken the progesterone.

Creinin and his colleagues halted the study as soon as it became clear that they could not proceed safely.

“What the results do show, though, is that there’s a very significant safety signal ”when it comes to disrupting the approved medication abortion protocol, Creinin said.

In their upcoming paper in Obstetrics and Gynecology, the researchers warn that“ patients in early pregnancy who use only mifepristone may be at high risk of significant hemorrhage. ”

The North Dakota abortion reversal law, signed by Gov. Doug Burgum (R) in March, instructs health-care providers to tell a woman “that it may be possible to reverse the effects of an abortion-inducing drug if she changes her mind, but time is of the essence” and to provide a woman with literature on how to do this. The law fails to specify what that literature would include, or what such a treatment might entail.

AMA President Patrice A. Harristold The Washington Post in Julythat such laws “actually compel physicians and other members of the health-care team to provide patients with false or misleading information that’s not based on evidence, That’s not based on science. ”

“ We will oppose any law or regulation that restricts our ability to talk to our patients honestly about their health, health care or treatment alternatives, ”Harris said. 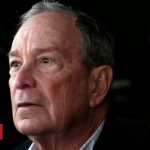 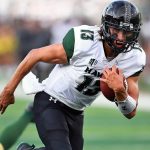