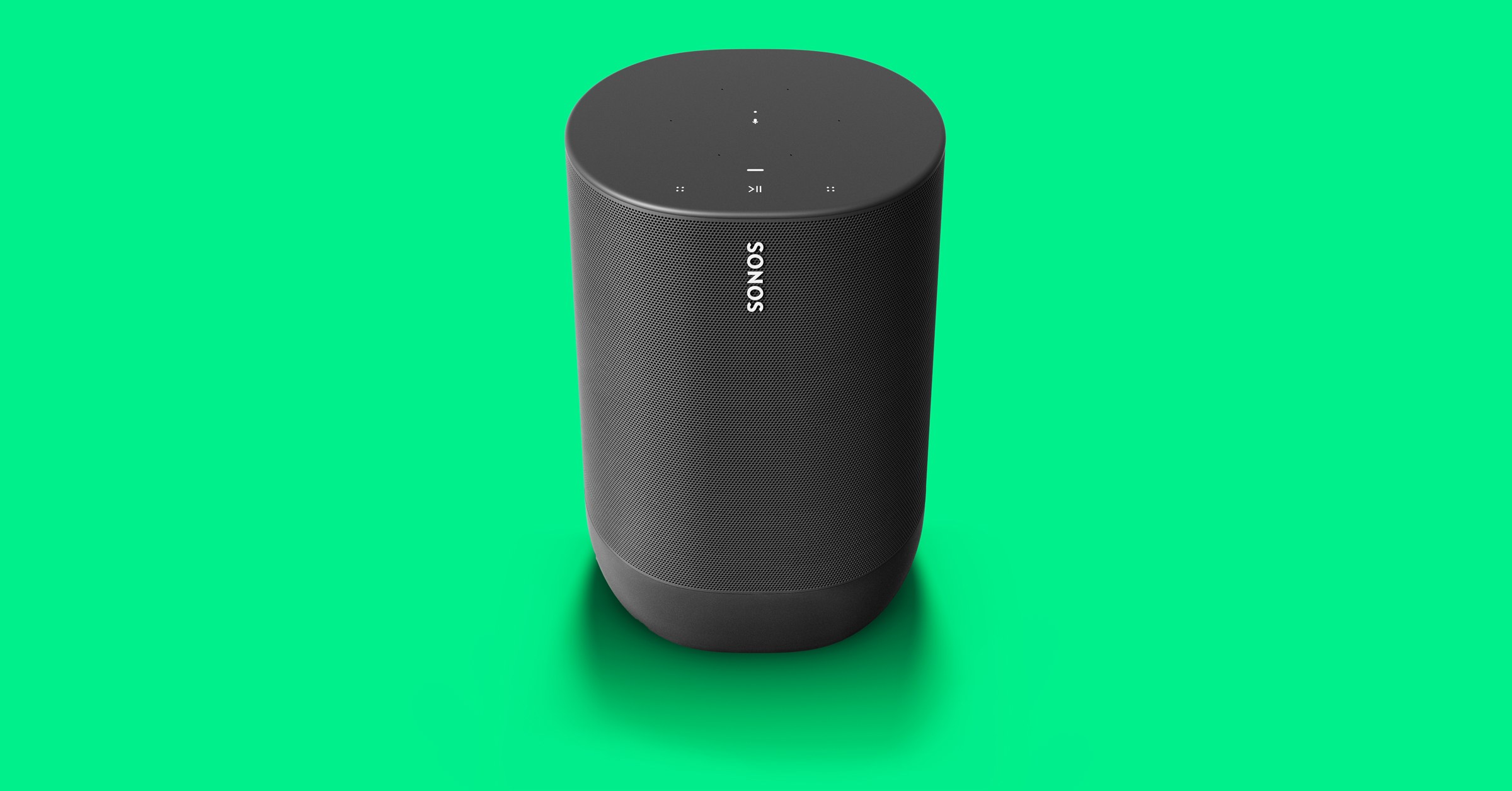 Sonos is oneof the WIRED Gear team’s favorite speaker companies. In the splintered buy-it-trash-it world of Wi-Fi connected tech, where nothing seems to connect together properly or last all that long, Sonos speakers always sound outstanding. They are built to last for years, and they do things other speakers just can’t. Sonos speakers can group together in any way you wish and work with most every streaming music app. You can also control them with either Google AssistantorAlexa voice assistants — a rarity in 2019.

Like a guided missile, Sonos has perfected its line of smart Wi-Fi speakers for the home, and it’s never swayed from that target — not even to step onto the back porch. For nearly a decade, it has completely ignored the manyawesome Bluetooth speakerson the market.

And now, a year later, a Sonos speaker with Bluetooth has finally arrived. (A year feels like a long time, but Sonos releases new products at a more deliberate pace than most of the tech world.) The Move is thefirst Sonos speaker with a battery inside it, and the first one that also works beyond the confines of Wi-Fi.

It’s a half step — a speaker that sits stationary on a shelf much of the time, but can also be carried anywhere. It rests on a charging cradle, connecting to Wi-Fi and the Sonos app like any other Sonos speaker. You can sync it with your Sonos speaker network if you have one, but when you are ready to jam “out of range,” it has a handle on the back and a Bluetooth toggle that lets you connect to a phone or PC. 56 splash- and dust-resistant rating shoul d keep it safe if those adventures include rain or the beach too. Just don’t take it for a swim, since it can’t survive a dunking.

There are a few kinks I’ll go over, and a $ 399 price tag that will make some of you groan, but it’s hard to argue that Sonos hasn’t put out one of the more flexible and best-sounding portable speakers you can buy.

The first thing I noticed about the Move was how big it is. The speaker weighs as much as a six pack of 12 – ounce beer bottles and is physically imposing, at 9.5 inches tall and more than 6 inches wide. It doesn’t sink into the background of a room quite as easily as Sonos’ more petite One speakers.

It’s as wide as two of thoseSonos One speakersstacked on their side — or two (UE Megaboom speakersside by side, or two) – ounce beer cans duct-taped together. (And unless you’re having one helluva rager, it sounds a lot better than duct-taped cans too.)

I keep mentioning alcohol because, well, this is a speaker made to party. It has the same style and touch buttons as the One (volume, play / pause, mute), complete with a ring of microphone holes up top so you can talk to it with whichever one of the two voice assistants you’d like. Much of the casing is made of black plastic, with a matte-soft rubbery base and a metal grille. It looks hardy, and supposedly it can withstand a drop or two, though I’ve been too kind to thoroughly test that durability.

That silicone base holds a battery that has been lasting me a little longer than the advertised 10 hours per charge — your mileage will vary based on how loud you crank it. (The lithium ion battery is removable as well. Sonos says it will have replacements ready if owners want to get a new battery in a few years, once the current one starts to fade.) A couple of metal connectors on the bottom of the speaker also let the Move slip right into its included charging cradle. The cradle functions like a little stand, so it’s an elegant way to give your Move a home when you’re not mobile, though you can also charge it via the USB-C port on the back.

What’s different is the cavity built into the back of the speaker. You can grab it comfortably like a handle to tote it from place to place. The ergonomics reminded me of a really comfy indoor rock climbing grip — the kind you’d find on the easy wall at a gym. You can scoop it right up with one hand. Despite its six-pound weight, transporting the Move isn’t a chore.

Being a portable speaker, I expected the Move to be filled with directional drivers that blast music out all sides in an arc, like the Megaboom and so many other portable speakers. Instead, it’s a little more traditional. It has a single downward-firing tweeter that splits off to the left and right to widen the soundstage for those higher, crisper notes, and a giant forward-facing mid-woofer smack dab in the center so it can thump when the beats get low .

I’ve listened to a lot of music on the Move this week, and the biggest compliment I can give it is that I just never seem to turn it off. The tweeter and woofer do a great job projecting sound widely — perhaps up to 180 degrees, depending on your space. The Move filled up my office, living room, and backyard with ease, with a lot more depth and clarity than many speakers its size.

Like theApple HomepodandGoogle Home Max, it manages to sound so good everywhere because it uses its far-field microphones (the same one that let you talk to Google or Alexa) to constantly retune itself. Sonos calls this Automatic Trueplay. Set the speaker down somewhere, and after about 30 seconds, its sound auto-adjusts to the environment. The changes it applies are subtle, but noticeable. When I set the Move out in the open, it projected loud and proud, but when I placed it in, say, a cabinet, the bass calmed down to stop vibrating the wood around it, and the treble notched up so I could hear the

It seems to sound excellent everywhere. I even set the Move on the passenger-side floor of my car and listened to it instead of my stereo on an hour-and-a-half long car ride this weekend. I wasn’t expecting much, but after a while I sort of forgot I wasn’t using the car speakers.

With thetragic deathof The Cars lead singer Ric Ocasek, I’ve been revisiting the band’s clean pop-rock precision in hits like “Just What I Needed” and “You Might Think.” If I close my eyes, sometimes it feels like I’m right there in the studio with the band. Like mostSonos speakers I’ve tested, the Move never seems to overpower the music it plays . The bass punches when it needs to, and the vocals are studio-crisp. It’s as balanced as the music demands.

The Move delivers on most of its portable promise, but its limitations have occasionally frustrated me throughout the week.Though the Bluetooth works well, you won’t be able to use the Sonos app to play music or control the speaker settings (or EQ) unless you’re on your straight to the Spotify or Apple Music app, you go.

The Move also cannot connect to multiple phones or devices at a time either, so you only get to have one DJ at your party. Oh, and though Sonos is known for its ability to group multiple speakers into ad-hoc zones, this isn’t possible on Bluetooth. And that’s despite many competing speakers, like that Megaboom we keep mentioning, having the ability to daisy-chain together.

For now, it’s clear that Sonos still sees Bluetooth as an add-on, not a core focus. Sonos could add more Bluetooth features in the future via app updates (something it does frequently), but the company’s heart still lies with Wi-Fi.

If you’re already planning some kind of wet and wild Sonos vacation, you may want to temper those expectations right now. The Move can get wet. I know because I sprayed it with a hose many times. But every time it gets wet up top, the touch buttons seem to go nuts, pausing, playing, changing the volume — much like your “water resistant” phone does if you take it underwater. (Please don’t.) You can turn those touch controls off, but only when you’re on Wi-Fi, so you have to think ahead. So yes, it can get wet, but it isn’t designed to work as well when it does.

A New Kind of Sonos

Like theSymfonosk speakers Sonos recently launched with Ikea, the Move is a new kind of product for Sonos, and we hope it’s just the start of a new, wider world for the 17 – year-old smart speaker brand.

Widened worldviews don’t come cheap. With a price of $ 399, the Sonos Move is twice as expensive as the Sonos One. It has a lot more power and flexibility than the One, though it can’t match theSonos Play: 5in sheer power. It’s also pricier than most high-end Bluetooth speakers and $ 100 more than the Apple Homepod, one of its nearest indoor rivals.

If money were no object, I’d pick a Sonos Move over most other smart speakers any day of the week (except the one near my bed). It’s a well-thought-out speaker that works inside and is ready for a 10 – hour jaunt outside when the time arrives. In other words, it fits my relatively tame lifestyle. But without full waterproofing (or the ability to float), it’s not prepared for a canoe trip down the river, or even to sit on a floatie in the pool.

Whether the Sonos Move is worth $ 399 to you will depend where you’re moving, and for how long. The calmer your life, the happier you and your Move will be. 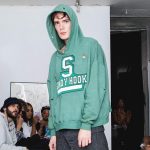 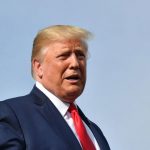