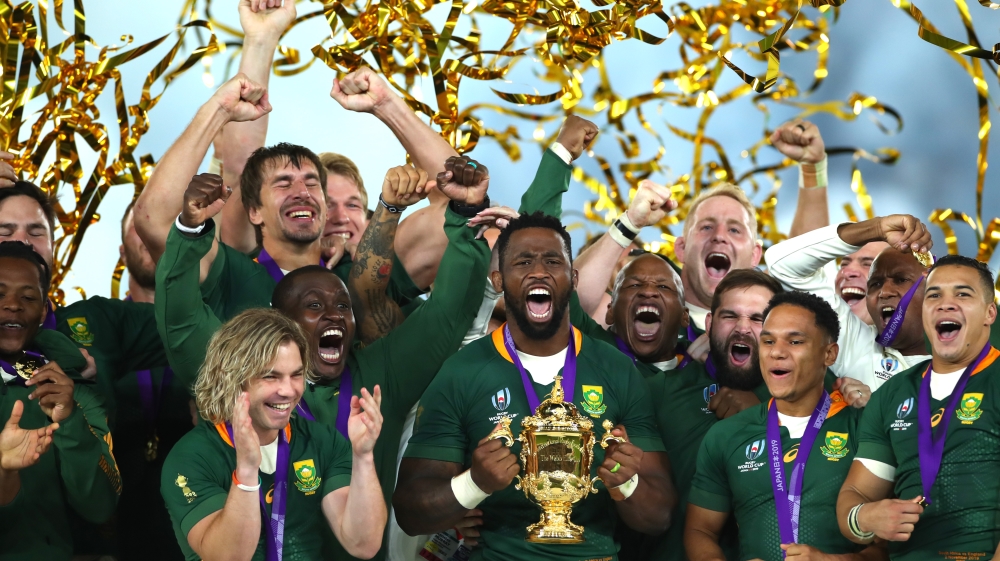 South Africa led 12 – 6 at half time through four Pollard penalties with Owen Farrell replying for an England team who had been overpowered in the scrum, having lost injured prop Kyle Sinckler after three minutes, and who committed a series of handling errors.

South Africa, playing with far more ambition than in their semi-final win over Wales, kept up the pressure in the second half as England struggled to build momentum and Pollard nudged them 18 – 12 ahead after an hour.

The Springboks then scored their first try in three World Cup finals when Mapimpi broke clear in the 66 th minute, chipped ahead and collected the ball back from Lukhanyo Am, and recalled winger Kolbe then blasted through to put the gloss on a deserved win.

After the final whistle, Springboks captain Siya Kolisi thanked all South Africans, from the people on the farms to those in the townships and on the streets.

“We can achieve anything if we work together as one,” said Kolisi, who last year became thefirst black playerappointed as Springboks captain.

The significance of Kolisi leading the team to victory was not lost on the supporters who gathered at Johannesburg’s fan zones to watch the match.

“This win means a lot to us. This is the most amount of black players we have had in a World Cup squad. All the players in that squad deserve to be in the squad. They have united the They have given us something to smile about, “a supporter told Al Jazeera.

“They are thrilled to see the ‘Boks’ win. They believe their team has deserved the trophy. Celebrations will continue for long.”

The win also ensured the Springboks became the first team to lose a game and rebound to win the title, having lost their tournament-opening match last month to the two-time champion All Blacks of New Zealand in the pool stage. 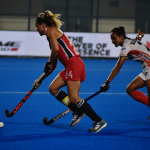