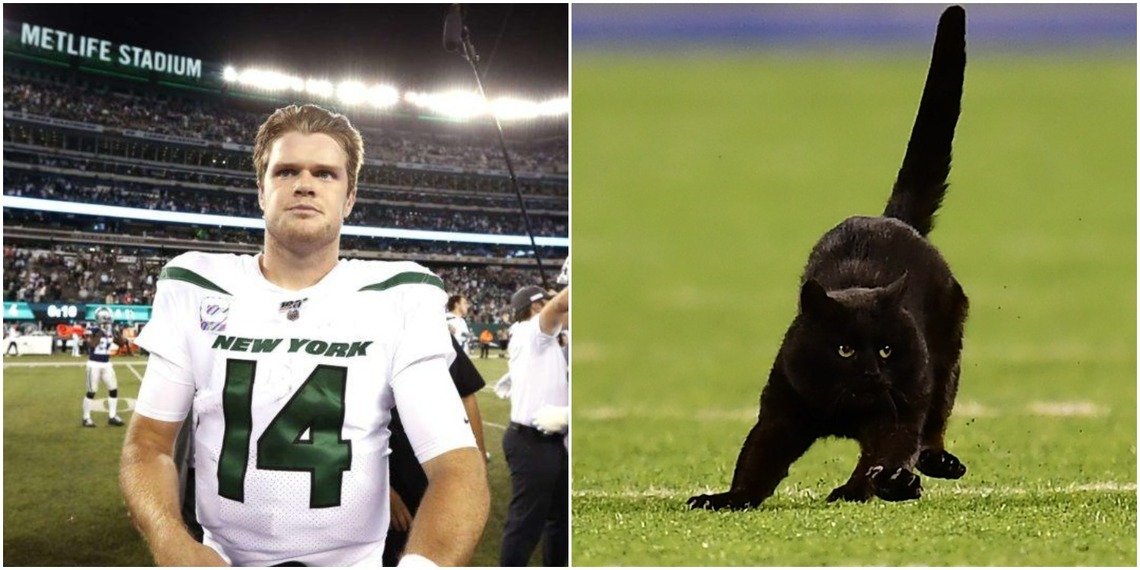 As the Haunting of Sam Darnold prepares to enter its fourth week, New York Jets fans should be relieved to discover that the cause of their franchise quarterback’s sudden meltdown has an explanation that has nothing to do with football. )

Last night, in their first game since Halloween, the hometown New York Giants and visiting Dallas Cowboys were greeted by a spooky visitor: a black cat who ran onto the field during the second quarter and evaded security officers for more than a minute before disappearing entirely. According to stadium personnel, the cat is still on the loose.

Call him superstitious if you want, but Cowboys ownerJerry Jones said that the black cat’s appearance shifted the tide of the game. The Cowboys, who trailed 9-3 when the cat ran onto the field, demolished the Giants throughout the remainder of the game en route to a 37 – 18 victory.

“I haven’t seen one glare at me that far away before,” Jones said. “I know he was looking at me the whole time he was out there. But things did kind of change when that black cat came out. ”

So why does this matter for Sam Darnold? The Giants and Jets both play in MetLife Stadium, and it’s there that the second-year quarterback confessed that he was “seeing ghosts” in that fateful game against the New England Patriots.

Darnold hasn’t been the same since, tossing eight interceptions and committing two fumbles against just three touchdowns in his past three games – one of which saw the Jets fall to the brazenly-tanking Miami Dolphins.

Conspiracy theorists had speculated that Patriots head coach Bill Belichick, who maintains adeep-seated hatred of the Jets, had cast some sort of spell over Sam Darnold.Belichick is, after all, an evil football wizard.

But whatever sinister machinations Belichick had devised for the Jets might have been moot. After last night’s events, the most likely explanation for Darnold’s otherwise-inexplicable demise is that, at some point between Week 6 and Week 7, the Jets quarterback unwittingly crossed paths with this same black cat while wandering the halls at MetLife Stadium.

And much like that black cat caused Giants rookie QB Daniel Jones to commit three turnovers in last night’s game, it must have saddled Sam Darnold with a particularly potent dose of bad luck.

That said, there’s always the possibility that it was Belichick who released that feline into MetLife Stadium, much like some fans believe heconspired to force Darnold to succumb to mononucleosisearlier in the season.

How Sam Darnold Can Reverse the Black Cat Curse

Either way, now that they know the true source of Darnold’s vanishing football acumen, the Jets can take steps to purge the misfortune from their young quarterback’s aura. And luckily for the penny pinchers in New York’s front office, the solution is far less expensive thanhiring Bill Murray and friends to cosplay a Ghostbusters sequel.

According toone guide, cursed individuals can reverse the bad luck by walking in a circle, then walking backwards across the spot where they encountered the black cat and counting to 13. The obvious problem is that Darnold may not know precisely where he encountered the nefarious feline.

Luckily, there’s more than one way to skin a cat, as it were. One strain of Russian folklore maintains that theproper remedyis to spit three times and then knock on wood three times.

Of course, in the modern-day NFL, the best defense is a good offense, so Darnold and other MVP hopefuls should fortify themselves against potential misfortune by remembering to cross themselves and / or latch onto a fistful of their hair whenever they sense the menacing presence of the foul beasts.

After all, there’s still at least one black cat on the loose in an NFL stadium. 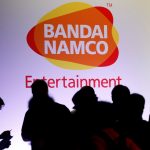 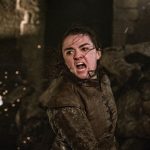