Sit down and stay awhile –

Kinemaker adds, “I don’t even think they want to have a super-strong launch.”

Google hasa long and well-documented historyof launching new services only to shut them down a few months or years later. And with the launch of Stadia imminent, one launch game developer has acknowledged the prevalence of concerns about that history among her fellow developers while also downplaying their seriousness in light of Stadia’s potential.

“The biggest complaint most developers have with Stadia is the fear that Google is just going to cancel it, “Gwen Frey, developer ofStadia launch puzzle gameKine,told GamesIndustry.bizin recently published comments . “Nobody ever says, ‘Oh, it’s not going to work,’ or ‘Streaming isn’t the future.’ Everyone accepts that streaming is pretty much inevitable. The biggest concern with Stadia is that it might not exist. “

While concerns about Stadia working correctlyaren’t quite as nonexistent as Frey said, early tests show the serviceworks well enough in ideal circumstances. As for the service’s continued existence, Frey thinks such concerns among other developers are “kind of silly.”

“Working in tech, you have to be willing to make bold moves and try things that could fail,” Frey continued. “And yeah, Google’s canceled a lot of projects. But I also have a Pixel in my pocket, I’m using Google Maps to get around. I only got here because my Google Calendar told me to get here by giving me a prompt in Gmail. It’s not like Google cancels every fucking thing they make. “

Google itself has made similar arguments in the past. Stadia Director of Product Andrey Doronichevsaid in Julythat Google’s commitment to Stadia is comparable to services like Gmail, Docs , Music, Movies, and Photos. “Nothing in life is certain, but we’re committed to making Stadia a success … Of course, it’s OK to doubt my words. There’s nothing I can say now to make you believe if you don’t. But what we can do is to launch the service and continue investing in it for years to come. “

Worries over Stadia’s continued existence aren’t exactly academic for potential consumers, though, since Google is primarilyasking players to pay full price for Stadia gamesthat only exist on Google’s own servers. Anyone who similarly bought games for streaming service OnLive years ago knows what can come of that kind of investmentif and when the service goes under.

Elsewhere in the interview, Frey said she sees Google’s Stadia launch strategy as a limited one that “is pushing Stadia in a direction to compete with consoles. ” That means ports of console-style games that don’t take full advantage of the power of Stadia’s cloud data centers, as (Google says future Stadia exclusives may do) .

It also means a focus on “territories where there are a lot of consoles and where the Internet is very good, so in the short-term I think it won’t reach its potential, “Frey said. “I don’t even think they want to have a super-strong launch. I get the sense that they want to scale slowly and see where this goes.”

In the longer term, though,Frey saidshe has some undisclosed ideas about how to use Stadia’s cloud power for unique experiences in the future. And she said she’s excited about the impact cloud gaming could have once high-speed mobile Internet access really goes worldwide.

“I’m not sure what implications this has in a place like Africa, where everything’s mobile,” she said . “When 6G drops, is this going to suddenly be a big deal? What does this mean for places where everyone goes to Internet cafes, like in Brazil? Who knows.”

Previous What is dopamine fasting? Can the Silicon Valley trend curb addiction ?, Recode
Next Scandal of kids posing as researchers continues to grow in South Korea, Ars Technica 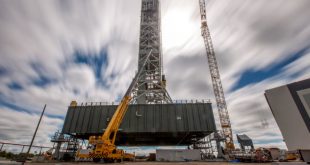