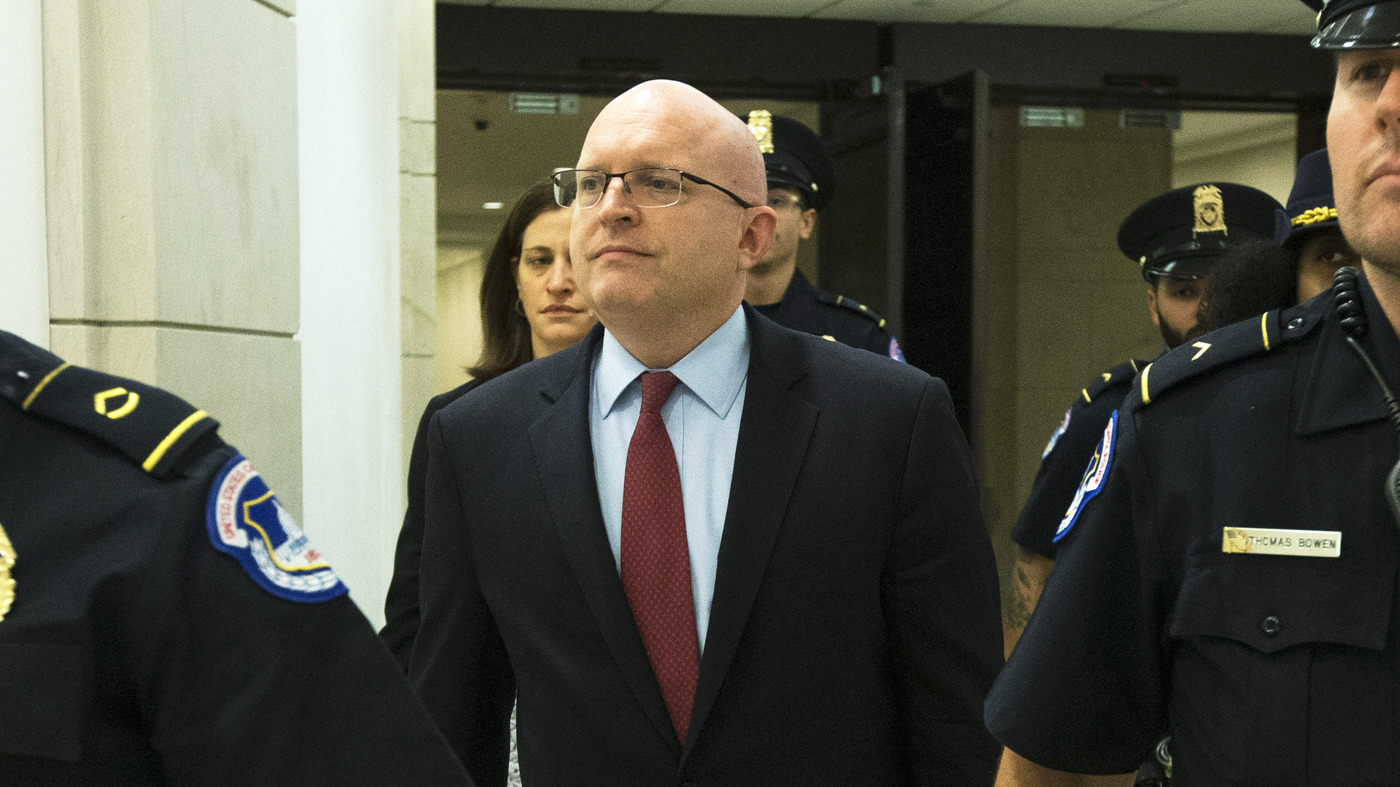 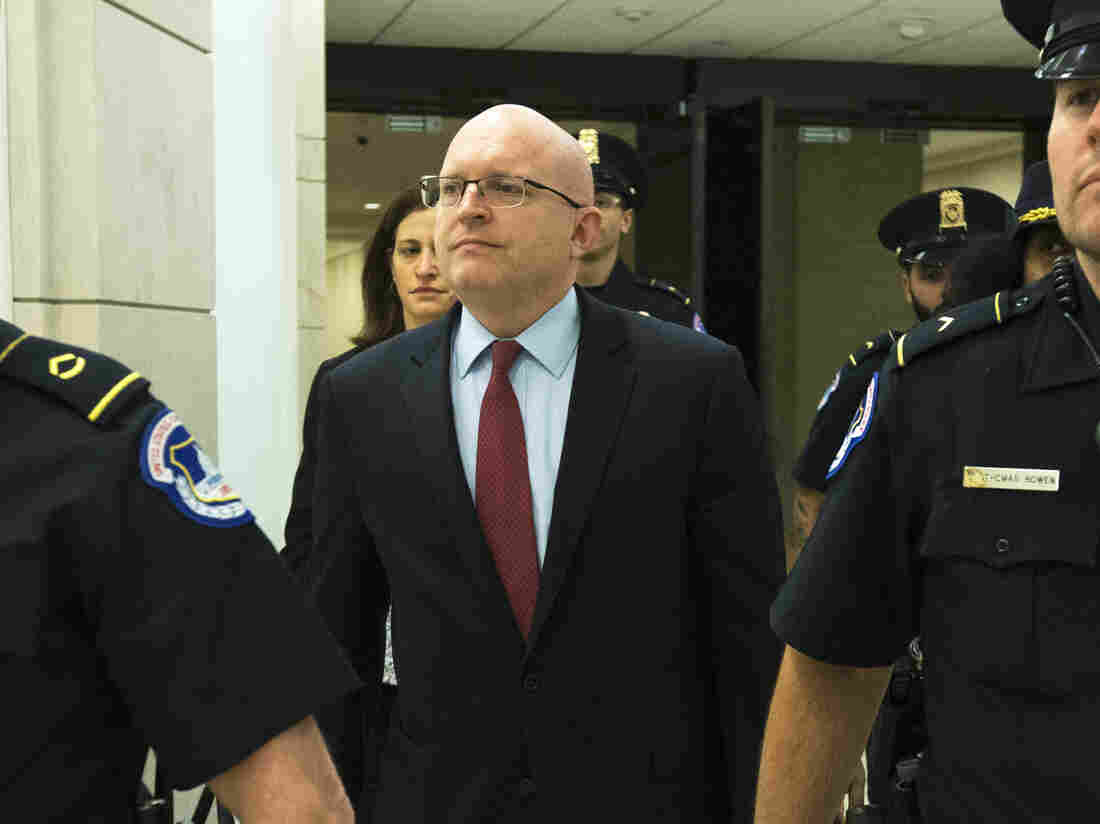 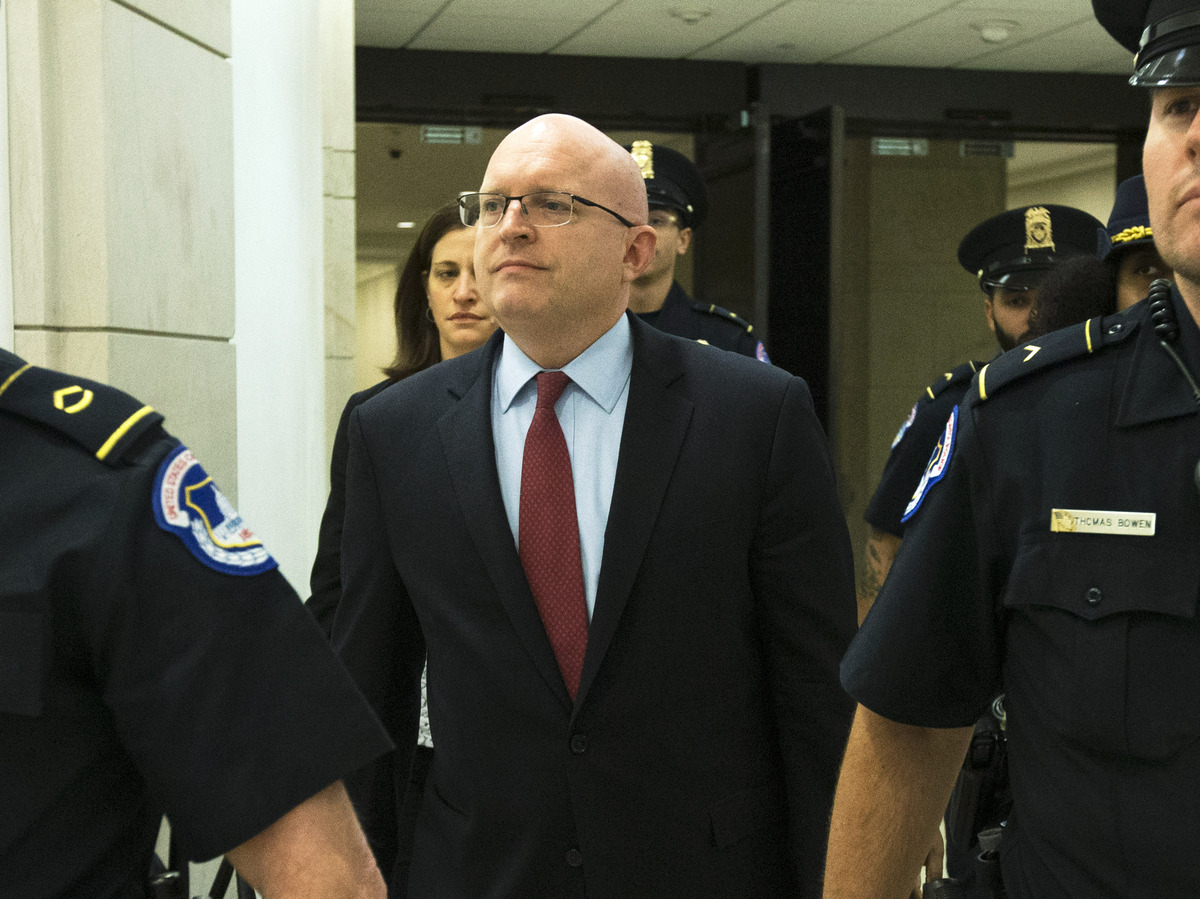 Philip Reeker, the acting assistant secretary of state for Europe, leaves the Capitol in Washington after a closed-door interview Saturday about President Donald Trump’s ouster of the ambassador of Ukraine.

Philip Reeker, a U.S. diplomat who oversees European affairs, told House members he had plans of defending former Ukrainian Ambassador Marie Yovanovitch in the face of a smear campaign against her, but Reeker was overruled by top State Department officials, according to a person familiar with Reeker’s testimony.

In a rare Saturday hearing, Reeker sat for more than eight hours of questions from lawmakers running the impeachment inquiry into President Trump. Reeker appeared under a subpoena issued by House lawmakers, despite being ordered not to cooperate by Trump.

Reeker, a career foreign servicer officer, was named the acting assistant secretary of state in the Bureau of European and Eurasian affairs in March, a few months before Yovanovitch became a political target and was removed from her post.

Just before her ouster, however, Reeker wanted to draft a strongly-worded statement from State Department officials to strike back at the attacks she was enduring in conservative media and by allies of Trump. But that letter was scotched by David Hale, the No. 3 official in the State Department, according to the person familar with Reeker’s testimony.

Yovanovitch was seen by Trump allies as an obstacle to conducting a back-channel foreign policy with Ukraine , including the freezing of nearly $ 400 million in military aid until Ukraine agreed to investigate Trump’s political rival Joe Biden and his son. Trump has denied any wrongdoing and has called the impeachment inquiry a scam.

Reeker testified he was aware of a plan to freeze the military aid to Ukraine, but he did not know why it was being held up, having no direct knowledge of the alleged quid-pro-quo scheme, the person close to Reeker said.

Ukrainian policy was mostly overseen by Kurt Volker, Trump’s envoy for Ukraine, and Gordon Sondland, the U.S. ambassador to the European Union. Reeker, who had an extensive travel schedule and is the top State Department official for more than 50 countries, was not intimately involved with Ukraine at the time of the controversial call that sparked the impeachment inquiry, the individual with knowledge of Reeker’s testimony said.

Reeker, who joined the State Department in 1992, is celebrated by colleagues as an apolitical professional whose reputation is admired.

“He’s regarded as a straight-arrow professional, not a showboat,” Dan Fried, a former diplomat who retired in the beginning of the Trump administration, told NPR in an interview. “I’ve known him for a long time, and I have no idea what his politics are. He’s completely non-partisan.”

As has been the case with most of the witnesses in the impeachment inquiry, Democrats and Republicans had vastly different take-aways.

Democratic Rep. Stephen Lynch of Massachusetts said Reeker’s questioning lasted much longer than anticipated because it was “a much richer reservoir of information than we originally expected,” but he would not elaborate.

“Is there an impeachable offense here? Was there some quid pro quo? And now you have another high-ranking State Department official who didn’t provide any support for that allegation, “Meadows said.

Backers of the impeachment inquiry say there are already plenty of witnesses whose testimony creates a sturdy foundation for impeachable offenses.

On Tuesday, Ambassador Bill Taylordelivered explosive testimonyto lawmakers in which he described a back-channel foreign policy with Ukraine, being led by Trump’s personal lawyer Rudy Giuliani, where there was allegedly an attempt to tie military assistance to the country to Ukrainian authorities opening an investigation of the Bidens.

Like other State Department officials who have delivered testimony as part of the impeachment inquiry, Reeker was summoned after the House Intelligence Committee subpoenaed him following an attempt by the White House to block his appearance.

A whistleblower complaint, centered on a July 25 call Trump conducted with the president of Ukraine, set in motion the impeachment inquiry being pursued by three House committees. The White House released a partial transcript of the call, where Trump expressly asked the Ukranian president to look into his Democratic rival, Joe Biden, and his son, Hunter, who sat on the board of a Ukranian energy company. Trump also reminded Ukrainian President Volodymyr Zelenskiy that the U.S. sends military funds to the country.

White House Chief of Staff Mick Mulvaneyadmittedto there being an apparent quid pro quo in a whirlwind press briefing this month, telling reporters that political influence in foreign policy is not unusual. “Get over it,” said Mulvaney, wholater tried tomop up the comments, which Democrats said were damaging.

Fried, the former longtime diplomat, said he watched independent institutions and civil servants be sabotaged in communist countries over his career including Yugoslavia in the late – 1980 s, but “to see it in my own country is horrific,” he said. “I commend those like Reeker standing up against it. It shows their fidelity to their oath of office.” 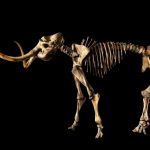 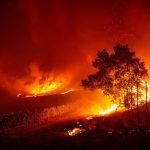