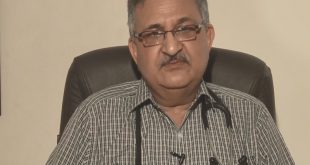 Lifestyle: The cause and most effective treatment for hypertension – Forbes India, Forbesindia.com

About 500, 000 heart stent procedures are performed each year in the United States (Representational)

Some of the most common invasive heart procedures in America are no better at preventing heart attacks and death in patients with stable heart disease than pills and lifestyle improvements alone, according to a massive federally funded study designed to resolve a long-standing controversy in cardiology.

Researchers found that invasive procedures to unclog blocked arteries – in most cases, the insertion of a stent, a tiny mesh tube that props open a blood vessel after artery-clearing angioplasty – were measurably better than pills at reducing patients’ chest pain during exercise. But the study, called ISCHEMIA, found no difference in a constellation of major heart-disease outcomes, including cardiac death, heart attacks, heart-related hospitalizations and resuscitation after cardiac arrest.

Overall, the keenly anticipated ISCHEMIA study results suggest that invasive procedures, stents and bypass surgery, should be used more sparingly in patients with stable heart disease and the decision to use them should be less rushed, experts said.

The $ 100 million trial, presented Saturday at the annual meeting of the American Heart Association ahead of publication in a peer-reviewed journal, is the latest entry into a long and contentious argument over how to treat artery blockages, one that has pitted powerful factions of American heart specialists against each other. It echoes a similar study 12 years ago that was heavily disputed by interventional cardiologists, the doctors performing the invasive procedures.

“This is a milestone study that people will talk about and write about for years to come,” said Elliott Antman, a cardiologist at Brigham and Women’s Hospital who was not involved in the study and praised it for the wealth of information gathered and the rigor and sophistication of the analyses.

“The ISCHEMIA trial shows that an early invasive approach does not protect patients against death or the overall chance of a heart attack, but does effectively relieve chest pain – the more chest pain a patient has, the more likely they are to benefit, “Antman said.

The ability to implant stents using a catheter inserted through blood vessels in the arm or groin has transformed cardiology over the past three decades. Stents have been clearly demonstrated to save lives in people who are suffering from a heart attack.

But as heart medicines such as statins have improved, there has been active debate about whether stents and other invasive procedures are more effective for people who aren’t in the throes of a heart attack, but have stable heart disease – generally defined as having clogged arteries, sometimes accompanied by chest pain, or angina, when they exert themselves.

A major study more than a decade ago found stents didn’t work better than drugs, but it triggered criticism, and proper use of stents has become one of the most heated debates in medicine – in part because so much is at stake. Coronary heart disease affects 17. 6 million Americans; companies that make stents are multibillion-dollar enterprises; the procedures are a major income stream to interventional cardiologists and hospitals; and many people who have stents credit their good health to the procedure.

“If you go to major medical centers that do these procedures, you really talk to anyone, and they say after a very abnormal stress test there is a rush to schedule a cardiac catheterization because people have been afraid they’re at imminent risk of heart attack or sudden death, “said Judith Hochman, senior associate dean for clinical sciences at New York University Grossman School of Medicine and a leader of the trial. The new results show there’s “absolutely no risk in trying medicines, and seeing if the patient gets better – maybe they’ll become angina-free, and if not then they have to make a decision, do they want to take medications and have angina some of the time “or have a more invasive procedure.

The new study was designed to finally settle the question of whether stents are better for patients with stable heart disease – and it could change how tens of thousands of people are treated in hospitals, transform how cardiologists talk with patients about their options, and save hundreds of millions of dollars in health-care spending each year.

About 500, 000 heart stent procedures are performed each year in the United States, and the researchers estimate that about a fifth of those are for people with stable heart disease. Of those, about a quarter – or an estimated 23 , 000 procedures – are for people without any chest pain. If just those procedures are avoided, researchers estimated, it could save about $ 570 million each year . But the researchers think that is a conservative estimate, and that as doctors and patients discuss options, even more procedures might be delayed or skipped depending on each patient’s circumstances, preferences and activity level.

Doctors “have very strong emotional beliefs, and they’ve been practicing in a way that sends these patients straight to the cath lab for generations, and that’s not going to change overnight, “said John Spertus, a cardiologist at Saint Luke’s Mid America Heart Institute and one of the study leaders. “I think it’s incredibly important in this era where we’re trying to improve the value of health care, improve patients’ outcomes at a lower cost.”

But the debate over the trial’s results began before it even finished. More than a year ago, there were fierce social media debates and critiques in the pages of medical journals. Critics compared a change to the trial’s design to moving the goal posts midway through and worried that it would make the results of the trial hard to interpret. The leaders of the trial fired back that the change was part of the original trial design.

A year ago, one of the trial leaders, Sripal Bangalore of New York University Langone Health, said in an interview that researchers spent considerable time trying to decide how to respond to critiques and misinformation on Twitter.

“What we felt is that it was different, unprecedented in a way, because the trial is not complete. Nobody knows the results. We did spend, literally hundreds of hours discussing this, when we were in the middle of running a complex trial – trying to address this social media thing, “Bangalore said.

Now, the debate can begin about the evidence. More than 5, 000 patients with medium to severe stable heart disease from 320 sites in 37 countries were randomly assigned after a stress test indicated heart disease. Half received medical therapy and lifestyle counseling alone, and the other half received stents or bypass surgery plus medicine. Patients were followed, on average, for four years. There was no difference in the two groups’ experience of a composite of five disease-related events, including cardiac death, heart attack, hospitalizations for heart failure and unstable angina, and resuscitation after a cardiac event.

” I do think the results will settle the controversy in this area for the population studied in the trial, “said Alice Jacobs, professor of medicine at Boston University School of Medicine, who was not involved in the study.

The new study, Antman said, will give patients and doctors a solid framework to discuss the benefits and risks. For example, an elderly patient with stable heart disease who isn’t very active but suffers some chest pain may decide on drug therapy. A younger patient who has more frequent chest pain that impedes active daily life could try medical therapy, and opt for a more invasive strategy if their lifestyle is still limited.

Barry Brady, 69, of Hollister, California, had few qualms about signing up for the trial and was glad to find himself in the group receiving medical therapy. Brady suffered a heart attack in 2008 and received four stents that saved his life. In 2016, he went to his doctor feeling lethargic and weak. A cardiology work-up showed his blood pressure and cholesterol were dangerously high, and an echocardiogram (EKG) “didn’t show up so well,” Brady recalled.

Brady was assigned to the arm that received optimal medical therapy, plus help making lifestyle changes. After changing to a mostly vegan diet, taking a regimen of pills and continuing with exercise, including using an elliptical machine three times a week and golfing, he said he feels much better – and is glad to have avoided more extreme interventions.

“It’s so invasive, to me, that I just didn’t feel like going through that again,” Brady said. “I thought if I could just do it by the diet, medication and exercise, that would be so much better.”

He has been able to hike in Bryce Canyon National Park and take a golfing trip to Hawaii , and said that while the changes to diet took some discipline, they were relatively easy given the benefits he’s felt in his energy levels.

“We want patients to understand that it’s okay to pause and it’s not urgent that they have a procedure, “said David Maron, director of preventive cardiology at Stanford University, one of the study’s leaders. “It’s important for physicians to understand how symptomatic a patient is – and what is it worth to the patient to go ahead and have a procedure.”

(Except for the headline , this story has not been edited by NDTV staff and is published from a syndicated feed.)