Good morning. The FTSE 100 touched eight-week highs yesterday but failed to hold them, on a day marked by a striking spree of profit warnings that didn’t stop the blue-chip index from shining. London’s top bourse outperformed its peers on the Continent, closing up just over 0.8pc.

1) Boris Johnson’s tax cuts giveawaycould blow a £ 26 bn hole in the public finances, the Institute for Fiscal Studies has warned in a withering critique of the prime minister’s plans. The influential research group found Mr Johnson’s “substantial and expensive” plans to raise the higher-rate income tax threshold from £ 50, 000 to £ 80, 000 would take 2.5 million workers out of the top band, cutting their tax bills at a cost £ 9bn per year.

2)The global economy faces a prolonged slumpas the US slows, the UK and eurozone struggle to recover historic growth rates and China sinks towards 5pc annual growth over the foreseeable future, economists have warned. World GDP growth will slide to 2.7pc this year and stay below 3pc out to at least 2023, according to experts at Citibank , who trimmed forecasts for this year and next by 0.1 percentage points.

3)Would Britons take to the streets if the price of a bacon sandwich or a beef burger more than doubled? Pork protests may seem like hogwash but Beijing is increasingly worried that an unprecedented surge in the price of China’s favorite meat could be a match that lights the tinder.

4)Are the tobacco industry’s hopes for vaping going up in smoke?The billions spent on marketing e-cigarettes as trendy, safer alternatives to smoking started out as a vital exercise in future proofing. Instead, a growing backlash on vaping has wiped billions off UK tobacco stocks, stubbed out a $ 200 bn merger and is now threatening to turn the fast growing segment into a cautionary tale.

Asian shares were on course for a second straight week of losses on Friday as the release of a whistleblower complaint against US President Donald Trump heightened uncertainties about the global economy , already reeling from Sino-US trade war.

A whistleblower report released on Thursday said President Donald Trump not only abused his office in attempting to solicit Ukraine’s interference in the 2020 US election for his political benefit, but that the White House tried to “lock down” evidence about that conduct.

The report came after the US House of Representatives Speaker Nancy Pelosi launched an impeachment inquiry into him this week.

“The start of the impeachment inquiry adds a new element of uncertainties to markets, in addition to ongoing concerns about the US-China trade war and the risk of a US recession,” said Norihiro Fujito, chief investment strategist at Mitsubishi UFJ Morgan Stanley Securities.

“While no one thinks the Senate will vote for his impeachment given the Republican majority there, we could see more new revelations during a long investigation process,” he added, noting that U.S. stocks fell considerably when former President Bill Clinton was impeached.

On trade issues, news headlines were too mixed for investors to show a clear reaction.

CNBC reported that trade war talks were scheduled for October 10 – 11 in Washington, citing people familiar with the arrangements, and China’s top diplomat said China was willing to buy more US products.

But other media reports on Thursday that the United States is unlikely to allow American firms to supply China’s Huawei Technologies undermined hopes of a complete deal.

The damage is already evident with Micron Technology Inc, a major Huawei supplier, which forecast first-quarter profit below Wall Street targets, pushing its share prices down 7pc in after-hours trade. )

Jefferies analysts see water utility firm Pennon Group as already priced in for a solid performance, so don’t anticipate much of a surprise in Friday’s trading update. 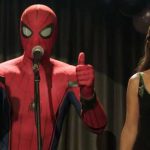 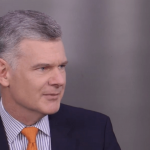