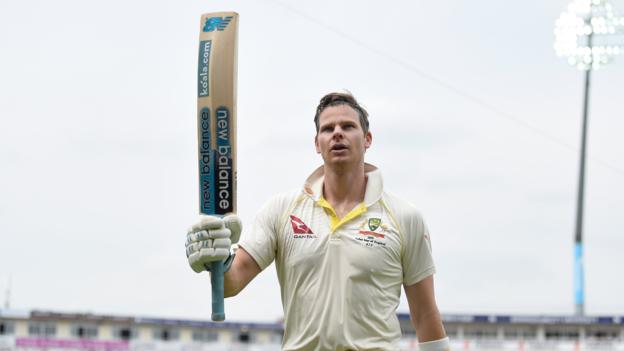 Steve Smith has regained the number one spot in the ICC Test batting rankings.

Smith has overtaken Virat Kohli after the India captain suffered a second-innings golden duck during their257 -run winover West Indies in the second Test in Jamaica.

The Australia batsman will return to the line- up for the fourth Ashes Test, beginning at Old Trafford on Wednesday, after recovering from concussion.

In his three innings so far during the Ashes, Smith has scored 378 runs.

The 30 – year-old had to sit out the third Test at Headingley as he recovered from being hit on the head by Jofra Archer during the second Test at Lord’s.

Smith was top of the batting rankings between December 2015 and August 2018, but he lost that place during his one-year suspension from Test cricket.

The batsman , then Australia’s captain, was banned for his part ina sandpaper ball-tampering scandalalong with vice- captain David Warner and Cameron Bancroft.

But he returned to the Australia team for the Ashes series and he has proved a huge barrier for England’s bowlers, facing 587 deliveries and averaging 126.

His current overall career average of 63. 24 from 66 Tests is second only to the legendary late Australia batsman Sir Donald Bradman.

Kohli has slipped one point behind Smith into second place despite captaining India to a 2-0 series victory in the West Indies.

Smith’s return to top spot means Australia now have the world number one Test batsman and bowler. Pat Cummins has been the leading bowler in the five-day game since February.

‘The most complete bowler in world cricket’

In the bowling rankings, India’s Jasprit Bumrah has risen four places to third, after a sensational series

Bumrah became only the third Indian bowler to take a hat-trick in Test cricket in the first innings in Jamaica and he took 13 wickets across the two Tests at a remarkable 9. 23.

Already the number one ranked bowler in one -day internationals, Bumrah has taken 62 wickets in just 12 Tests since his debut in January 2018.

In that time, he has had five-wicket hauls in South Africa, England, Australia and the West Indies – the first Asian bowler to do so.

“There is not much you can say about Jasprit, the way he has been bowling,” said Kohli after the game in Kingston. “All we can say is we are really lucky to have him on our team.

” He confuses you with angles, with swing, he’ll set up for the outswinger, then bowl the inswinger, and it’s coming at pace, and then he can hit you with bouncers as well.

“So, I think he is the most complete bowler in world cricket right now.” 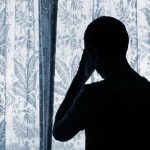 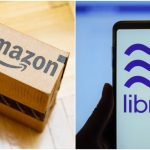