Prime Minister Narendra Modi, who celebrated Diwali today with soldiers stationed in Jammu and Kashmir’s Rajouri district, made a veiled attack on Pakistan, praising the troops for having “foiled a conspiracy to take over Jammu and Kashmir”. The Prime Minister, for whom this is a first visit since the center’s move on Article 370, also said “it still stings” to talk about the illegal occupation of certain parts of Kashmir. PM Modi’s visit to Rajouri came only a few hours after the Pakistani Army targeted forward posts in the district.

“Our country was partitioned … lakhs died and became refugees. But we (have) no ill- will against them (Pakistan). But they hatched a conspiracy to take over Jammu and Kashmir. Our brave soldiers foiled their plans and today we are proud to have it as part of India, “the Prime Minister said.

“They managed to capture some part of it, they have occupied it illegally – it still stings us,” he added.

The Prime Minister was accompanied by Army Chief General Bipin Rawat, who referenced Pakistan and Article 370 in a speech in Delhi on Saturday, in which he describedPakistan-occupied Kashmir (Pok) as a “terrorist-controlled country”.

“There is an attempt being made by terrorists who control PoK to disrupt and prevent normalcy from being attained. What we’ve been seeing is killing of apple traders an d drivers from outside the state ferrying apple crop, preventing of shops from opening, the threatening of children from going to schools … all this is the part of the narrative of terrorists, “he said.

India has ramped up pressure on Pakistan in recent weeks, with both General Rawat and Defense Minister Rajnath Singh cautioning it against aiding terrorists in their infiltration attempts. It has also came under scrutiny from global anti-terror watchdog Financial Action Task Force (FATF), which has retained it on a “gray list” of countries whose domestic laws are considered too weak to tackle the challenge of terrorism financing.

Addressing a crowd of nearly 1, 000 soldiers, Prime Minister Modi, in a reference seen by many to hint at his government move on Article 370, also said the soldiers’ courage had enabled the center to take certain decisions.

” The valor of the Indian defense forces made it possible for the central government to take decisions which were hitherto considered impossible, “PM Modi said.

Dressed in a combat jacket, he exchanged wishes and sweets with soldiers deployed along the Line of Control (LoC) and spent nearly two hours at the Army base.

In a dramatic statement, the Prime Minister said that he, like many others, had traveled to be w ith his family – “brave jawans of the armed forces” – for Diwali.

After his visit, the Prime Minister posted a series of tweets that said interacting with the soldiers had given him “great joy”.

“Celebrated #Diwali with the brave soldiers of the Indian Army in Rajouri, Jammu and Kashmir. It is always a matter of great joy to be able to interact with these courageous personnel. “

In a video posted on his official account, the PM can be seen exchanging jokes with a group of soldiers while feeding them sweets from a box.

“We never thought of the PM visiting us and making our Diwali a memorable one … It was a big surprise and we are feeling proud after meeting him,” one of the soldiers who met Prime Minister Modi told news agency PTI.

With input from PTI 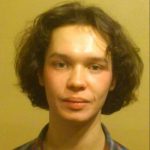 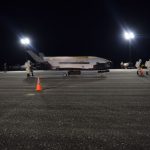