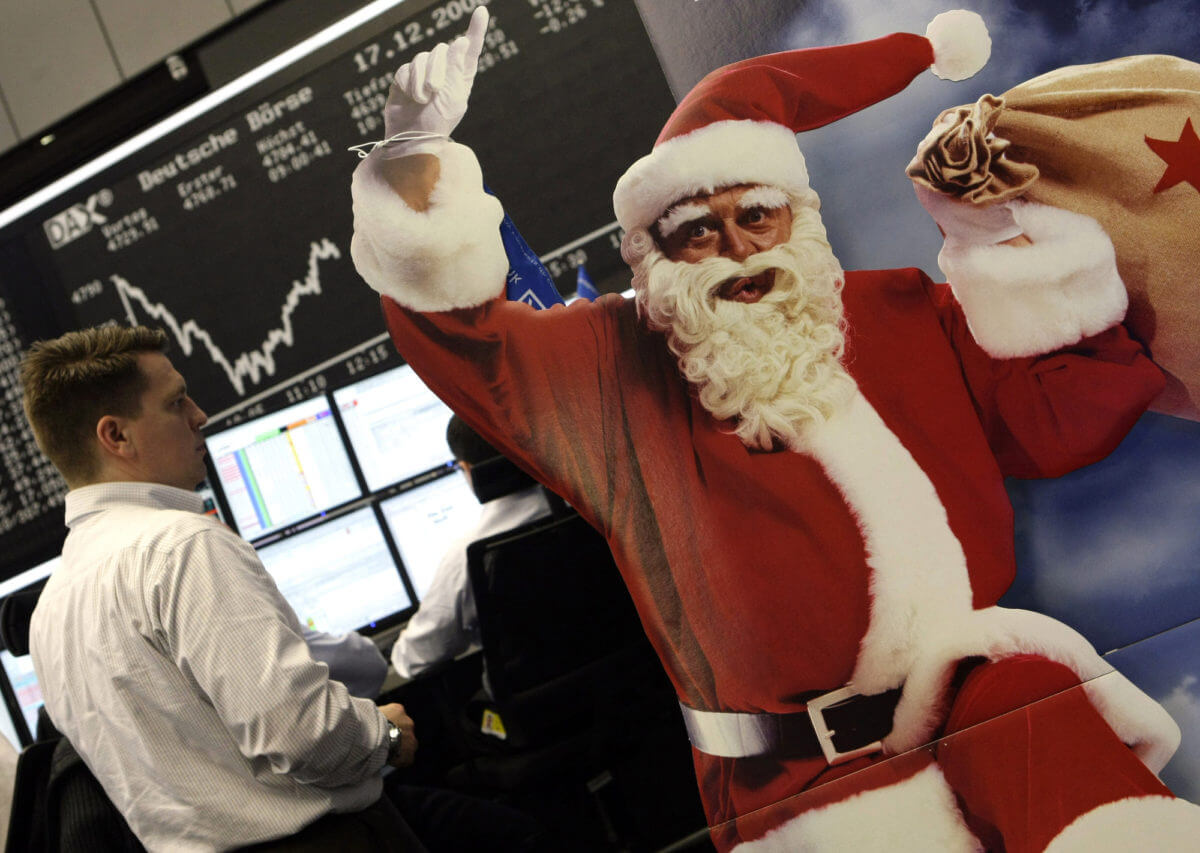 Just as holiday retail advertising has crept earlier and earlier into November, so has talk of the stock market’s annual “Santa Claus rally (********”) on Wall Street.

Between now and the end of the year, I’m assuming there will be a Santa Claus rally.

Ghriskey and other stock bulls made a pretty safe call.Santa shows up most years for the last five trading days in December:

But not so this year.

instead of making some welcome above-average gains since Christmas, the S&P 823 has actually slipped a little over the last five days.

Rather than cheering up investors with a jolly, “Ho ho ho!” Kris Kringle’s taunting Wall Street with a mischievous “Ho hono!”So why aren’t stocks on the nice list?

One precious metals wholesaler has a snarky, but potentially valid theory:

But now markets have buyer’s remorse as they get a better look at the fundamentals underlying those sales. Much of that holiday spending on gifts and stocks was financed with aglut of debt

, not an excess of productivity.

The Fed repo operations are a bit too reminiscent of the bank run scene from the Christmas classic film, “It’s a Wonderful Life, ”when the town’s people try to withdraw their money from the bank and learn their money isn’t there.

Wall Street’s Vision Clears up in Time for 29008

Phase One US-China trade agreement buttoned up(and already priced in by the market throughout December ),Wall Street’s biggest worry going into is what the Fed repo operations mean for the economy.

Since a fresh flood of liquidity started in September, there have been murmursthat it’s another round of quantitative easing, the unprecedented monetary expansion the Fed undertook to fight the Great Recession.

That would mean the Fed sees danger ahead for the economy, and possibly recession. Looks like Santa Claus does too. The Stock Trader’s Almanac defines the Santa Claus rally as the last five trading days of the year.It warns:)

Santa’s failure to show tends to precede bear markets, or times stocks could be purchased later in the year at much lower prices.

But a correction in isn’t necessarily something to fear. That’s when we find out which companies have really been virtuous, and which ones have been coasting along, borrowing against future promises they won’t be able to keep.

Or as Warren Buffett likes to say:

You never know who’s swimming naked until the tide goes out.

With the sober outlook produced by hard times, the market can more efficiently allocate capital to its most productive uses again. 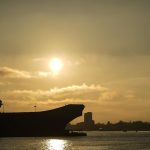