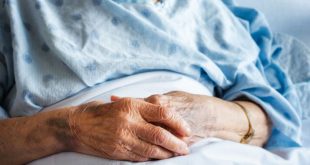 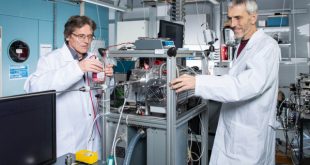 
The Goa government has roped in the Indian Navy and Indian Coast Guard to help salvage a 11, 000 – tonne chemical tanker that has now run aground around 800 meters from the Dona Paula promontory on the capital city’s western fringe.

The tanker Nu Shi Nalini is believed to be carrying around 3, 000 tonnes of naphtha and was anchored at the inner anchorage of the Mormugao Port in Goa before it broke loose from its restraints and began drifting towards the shore.

Besides naphtha, the vessel also has 50 tonnes of heavy oil and 19 tonnes of diesel.

“A crew of four experts and support have gone on board the vessel to assess the condition of the grounded vessel, ”the statement said.

“A 24 x7 monitoring is being carried out by different agencies including MPT signal station. Port assessment and the Coast Guard aerial inspection found no oil spillage. The Indian Coast Guard has also stationed one oil spill response vessel in the vicinity of the grounded vessel, ”it also said.

A helicopter was seen hovering on Saturday afternoon around the stricken vessel as efforts were made to free the ship from its current position and tug it back to port.

Residents fear that if not reined in, the vessel will be a repeat of an incident in 2000 when a similar vessel MV River Princess broke loose and drifted until it ran aground at the Candolim beach in Goa. It remained grounded for 12 years until it was finally dismantled and sold as scrap by the Goa government .

The River Princess caused huge erosion and altering the shape of the Candolim beach that has only just begun to heal.

“The vessel today is in the same position that the River Princess was back then. If it is not controlled it will be a repeat of the situation ahead of the upcoming tourist season, ”Parshuram Sonurlekar, an activist from the port town of Vasco da Gama, said.

“ It contains enough chemical to pollute the Zuari and Mandovi Rivers as well as the beaches further up north, ”Sonurlekar said.

“We have called the ship captain. He should not leave Goa. We have summoned the owner of the ship too for enquiries, ”Sawant said while speaking to reporters after chairing a meeting to take stock of the situation.

With the weather and the sea conditions improving, the state administration is hopeful that efforts to salvage the tanker will bear fruit.