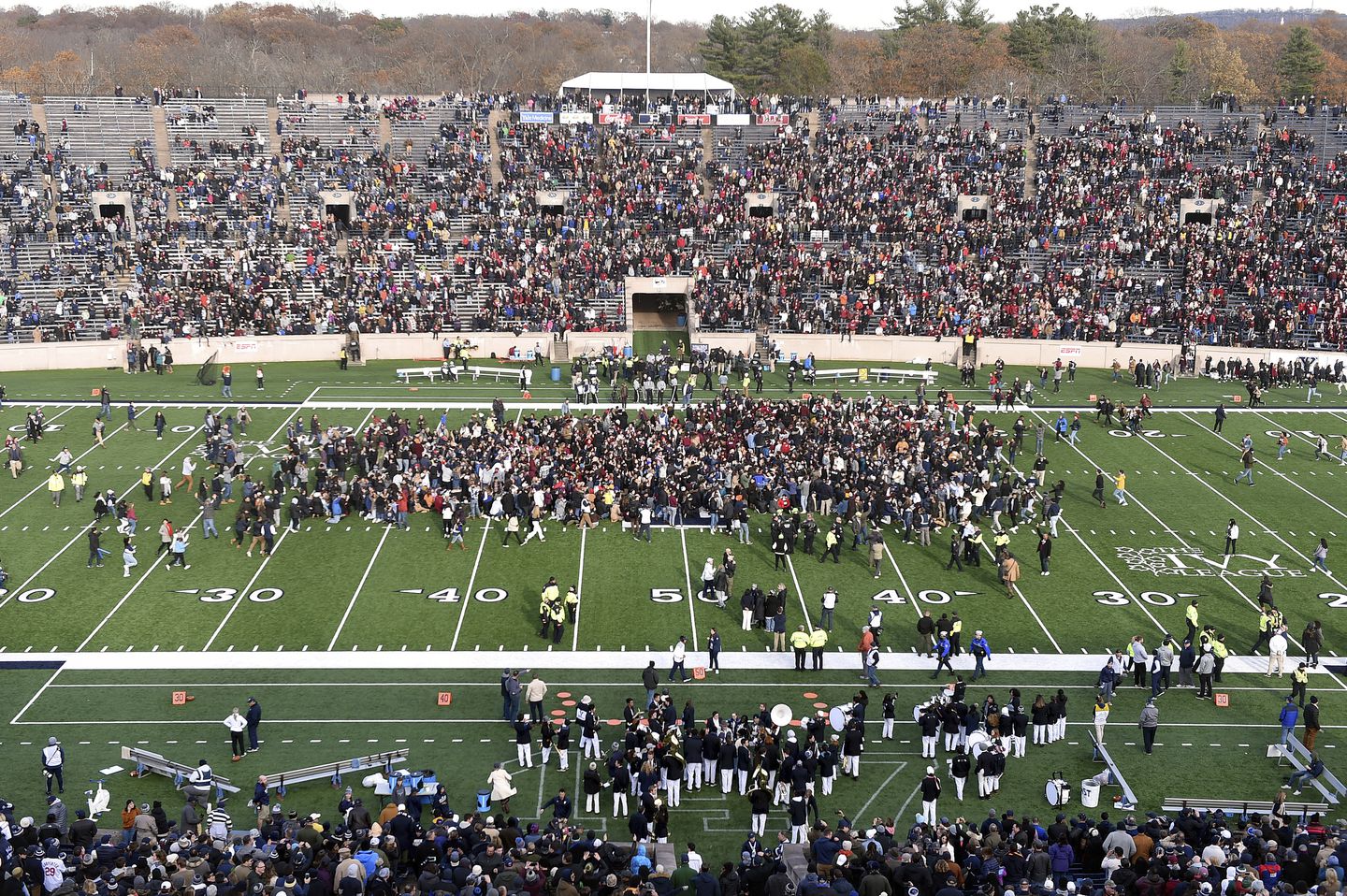 More than 100 climate change protesters swarmed the field during halftime at the annual Harvard-Yale football game Saturday, delaying the action for nearly an hour as students chanted “OK boomer ”And police made arrests.

Players from both teams joined demonstrators on the field in a showstopping escalation of long-running campaigns for the two schools to stop investing their endowments in fossil fuels and forgive Puerto Rican debt. Protesters sat at the 50 – yard line at the Yale Bowl in New Haven, Conn., arms linked and chanting, as banners echoed calls for urgent change championed by lawmakers and activists around the country: “This is an emergency, ”one sign read.

The protest quickly became a cause celebre among political figures, but its disruptive tactics were divisive. A Yale spokesperson expressed disapproval of the interruption, while a Harvard representative said the school “respectfully disagree [s] with divestment activists” over how to confront climate change.

“This is an absolutely thrilling experience, and we’re very excited about the support that it garnered from all over, ”Sidney Carlson-White, a Yale student and Fossil Free Yale spokesman, said in a phone interview.

As officials asked protesters to leave, another 100 students unaffiliated with the divest movement walked onto the field to join them. Some fans booed and said the protest humiliated the schools.

“They’re all supposed to be intelligent people. It looks like there’s a lot of common sense that has missed their generation, ”said Chuck Crummie, 68, who attended the game with his son, a former Yale football player. “It goes to show that this generation is all about themselves and not a football game.”

“They’re playing for the Ivy League title here, maybe costing the Ivy League championship , ”Roy Emanuelson, 60, said of Yale, who entered the game 8-1. “I think the end results unrealistic. Now if you’ve made your point, leave the field. Show your class. ”

Police arrested the protesters, who had planned not to leave the field any other way, Carlson-White said. Organizers, who had been planning the on-field incursion since August, had lawyers standing by for students to call after being detained.

“Being connected to a very powerful law school has its benefits, ”Carlson-White said.

New Haven Police did not immediately provide comment, and school spokespeople did not discuss the arrests.

“When people come together to stand up for justice, we win,”tweeted Sen. Bernie Sanders(I-Vt.) “Congratulations to the young people demanding a sustainable future for our planet. We are with you in this fight. ”

“ From the March for Our Lives, to worldwide Climate Strikes, students and young people are leading the charge to protect their futures, ”wrote former Housing and Urban Development secretary Julián Castro. “I’m inspired by their efforts to hold their universities to a higher standard.”

Added businessman and activistTom Steyer, another Democratic primary candidate: “These students have it right. Nobody wins when we’re complicit in climate injustice. Institutions like Harvard and Yale must be leaders in the fight to address the climate crisis. ”

Students at universities around the country have pushed their administrations to divest endowments from the fossil fuel industry over its role in climate change, with mixed success. Combined, Yale and Harvard have endowments of close to $ 71 billion, and many of the assets that make up those funds, demonstrators said, come from sources they find immoral.

“Our education is funded at times by Puerto Rican debt, the fossil fuel industry and private prisons,” Carlson-White said.

Hundreds of Yale and Harvard students held up the football game for about a half hour to protest university holdings in fossil fuel companies and Puerto Rican debtpic.twitter.com/aX7tOOo1r4

Advocates of divestment have expressed impatience as school officials say true independence from fossil fuels is impossible to achieve and argue that they can use their positions as shareholders to sway companies’ practices. Harvard football captain Wesley Ogsbury, a senior defensive back, said Yale and Harvard are investing in industries that are “destroying our futures.”

“When it comes to the climate crisis, no one wins, ”he said ina video released by the Divest Harvard group. “Harvard and Yale can’t claim to truly promote knowledge while at the same time supporting the companies engaged in misleading the public, smearing academics and denying the truth.”

Harvard leaders have argued that the university should combat climate change through its research, despitedozensof US schools ’decisions to divest and growing momentum at Harvard that extends beyond student activists. Hundreds of faculty members signed apetitionearlier this year calling for divestment, while prominent alumni such as former vice president Al Gore have written to Harvard president Lawrence Bacow with the same message.

Yale has divestedpartially, but its chief investment officersaidlast year that overhauling the university’s investment portfolio would be foolish because “we would all die” if fossil fuel production stopped.

Yale spokeswomanKaren Peartdid not address demonstrators’ message Saturday but said the university agrees with an Ivy League statement that the protest’s timing was “regrettable.”

“It is regrettable that the orchestrated protest came during a time when fellow students were participating in a collegiate career- defining contest and an annual tradition when thousands gather fr om around the world to enjoy and celebrate the storied traditions of both football programs and universities, ”the statement read.

Peart said that the exercise of free expression is subject to conditions on campus and that “we do not allow disruption of university events.”

Harvard spokeswoman Rachael Dane said in an emailed statement that the university would not comment directly on the protest or police activity.

“Universities like Harvard have a crucial role to play in tackling climate change and Harvard is fully committed to leadership in this area through research, education, community engagement, dramatically reducing its own carbon footprint, and using our campus as a test bed for piloting and proving solutions, ”she said.

The annual Harvard-Yale rivalry, nicknamed “The Game,” has been played 136 times in the schools’ history and annually since 1945. Yale leads the series, 68 – 60 – 8, after defeating Harvard in double overtime, 50 – 43. Including the delay, the game ran 4: 40. Students stormed the Yale Bowl again at the game’s close – this time in celebration. 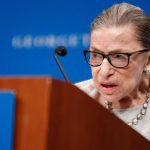