Google and Alphabet co-founders Larry Page and Sergey Brin are no longer executives at Alphabet or Google. The Alphabet CEO and president, respectively, have announced they are leaving their positions. Current Google CEO Sundar Pichai will take over as CEO of both Google and Google’s parent company, Alphabet. Page and Brin explained the move onGoogle’s company blog:

With Alphabet now well-established, and Google and the Other Bets operating effectively as independent companies, it’s the natural time to simplify our management structure. We’ve never been ones to hold on to management roles when we think there’s a better way to run the company. And Alphabet and Google no longer need two CEOs and a President. Going forward, Sundar will be the CEO of both Google and Alphabet. He will be the executive responsible and accountable for leading Google, and managing Alphabet’s investment in our portfolio of Other Bets. We are deeply committed to Google and Alphabet for the long term and will remain actively involved as Board members, shareholders, and co-founders. In addition, we plan to continue talking with Sundar regularly, especially on topics we’re passionate about!

Alphabet was created in 2015 as a way to organize and separate the various “other bets” that Google was making with increasing frequency. Alphabet was created as Google’s parent company, then-current Google CEO Larry Page and President Sergey Brin moved up to Alphabet, and Sundar Pichai was elevated to Google CEO. The move was seen asa semi-retirementfor the two co-founders, allowing them to step away from the day-to-day monotony of running an ad and search engine company and focus on more exciting, futuristic endeavors likeself-driving cars,robots,flying delivery drones, andInternet delivered via balloon. Page also has health issues to deal with: he has been fighting vocal cord paralysis since 1999, which at times has caused him tolose his voiceentirely and be unable to perform normal CEO duties.

There has always been a fuzzy division line between Alphabet and Google. The various Alphabet divisions, of which Google is one, are often described as “independent companies,” but the companies frequently collaborate together, share resources, or get spun off or merged with Google. Google acquired the AI ​​outfit DeepMind and then spun it off as an Alphabet subsidiary, but DeepMind and Googlestill collaborateon new Android features, data center improvements, and speech technology for the Google Assistant. Nest wasacquired by Google, spun off as an Alphabet company, and thendissolved into Googleover the course of five years. Some independent Alphabet companies still use the Google name, like Google Fiber, adding to the confusion. Having the two companies share the same CEO will blur the lines even more.

Pichai also gave a statement in the blog post, saying it will be business as usual at Alphabet. “I want to be clear that this transition won’t affect the Alphabet structure or the work we do day to day,” the new Alphabet CEO writes. “I will continue to be very focused on Google and the deep work we’re doing to push the boundaries of computing and build a more helpful Google for everyone. At the same time, I’m excited about Alphabet and its long-term focus on tackling big challenges through technology. “ 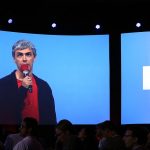 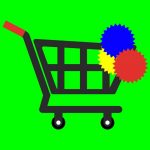