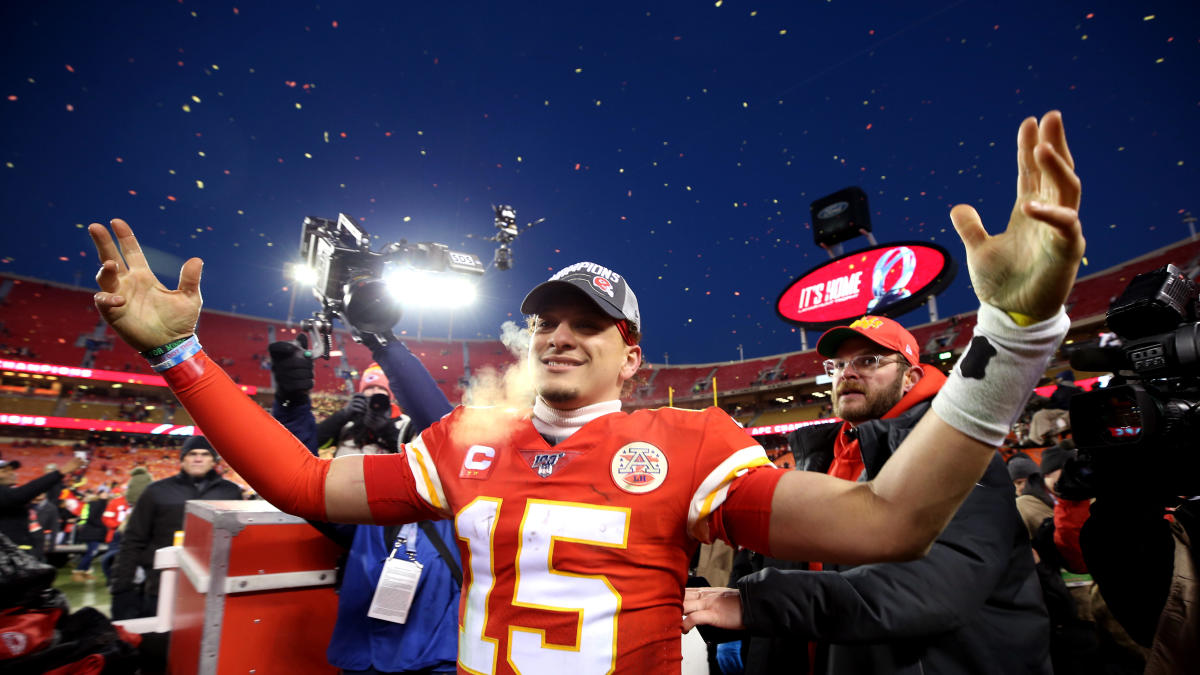 Super Bowl LIV is less than 24 hours away, and that means if you’re not ready to watch the final two teams left standing battle for an NFL championship, you’d better get ready in a hurry. Two of the league’s best teams throughout the entire season, the Kansas City Chiefs and San Francisco 49ers make for a fascinating matchup from a tactical perspective. We’ve got two of the league’s best play-callers going at it, and plenty of star players on both sides of the ball.

In the interest of not delaying things any further, let’s get right into the breakdown, but first, let’s take a look at the latest odds and point spread.

When the Chiefs have the ball

It’s a cliche to say that the key to the game is getting pressure on the quarterback without having to resort to the blitz. But it’s also so cliche for a reason: that often is the key to the whole game. As we wrote earlier this week, no team in the NFL is better at doing this than the San Francisco 49ers.

Despite ranking 29th in the NFL in blitz rate (plays they sent more than just four players rushing the quarterback) at 20.9 percent, the Niners ranked third in the league in sack rate (8.5 percent) and second in pressure rate, getting in the opposing quarterback’s face on 28.7 percent of opponent dropbacks, per Pro-Football-Reference.

This week, though, it is not enough to just get pressure. You have to put Patrick Mahomes on the ground before he has gotten rid of the ball. And that is a far tougher task. Mahomes was pressured on the fourth-lowest percentage of his dropbacks this season, per Pro Football Focus, and he was also sacked on a lower percentage of his pressured dropbacks than all but three other passers.

He has an incredible ability to escape from rushers and make a play, whether by scrambling (as he did against the Titans in the AFC title game) or by making a throw that almost nobody else can make. His passer rating under pressure was fifth-best in the NFL this year. The Chiefs’ offensive line has a tough task in front of it when it comes to slowing down the fearsome 49ers pass rush, but it’s a strong unit in general and it helps to have Mitchell Schwartz protecting the side where Ford rushes from most often.

How the 49ers approach things from a coverage standpoint is another thing to watch for. They’re an incredibly zone-heavy team, but if you show Mahomes and Andy Reid the same pre-snap look every single snap, they’re going to beat you eventually. That’s especially true of zone coverage, which he has consistently shredded during his two years in the league. (Not that he hasn’t also shredded man coverage. His passer rating is better than 108 against both types of coverage, per Sports Info Solutions.) Mixing in some man coverages and Cover 2 or Cover 6, particularly on early downs, has to be part of the plan. That doesn’t necessarily mean moving Richard Sherman around the formation (which he never did all year until the NFC title game, and even then he only did it for only two snaps) but it would be good to mix things up a bit.

The Chiefs test defenses with arguably the fastest wide receiver corps in the league, and also with excellent pass-catchers at both tight end and running back.

Tyreek Hill, arguably the NFL’s best deep threat, ran the 40-yard dash in 4.29 seconds. Speedster rookie Mecole Hardman ran it in 4.33 seconds, and that somehow seems slower than he runs on the field. Sammy Watkins is practically the snail of this group, having run the 40 in 4.43 seconds.

In five consecutive seasons, Kelce has posted at least 72 catches, 875 yards, and four touchdowns. There are only two other tight ends (Tony Gonzalez and Jason Witten) who have had five or more such seasons total, let alone in a row. Kelce also has at least 83 catches for 1,038 yards in each of the past four seasons, and no tight end in the history of the league has ever done that more than four times.

Damien Williams led the Kansas City backfield in targets, receptions, receiving yards, and receiving touchdowns this season, and during Kansas City’s two playoff games he has contributed an additional seven catches for 65 yards and a touchdown… Among the 44 running backs who played at least 200 passing snaps this season, Williams ranked 12th in Pro Football Focus’ pass-blocking efficiency. He allowed zero sacks, zero hits, and only two hurries as a pass-blocker all season.

Playing a zone helps take away those deep plays: the 49ers gave up fewer completions on passes that traveled more than 20 yards in the air than any defense in the NFL. They also did not have to play the Chiefs during the regular season, so this challenge will be a bit different. Hill is a challenging matchup for Sherman, who tends to be better against larger receivers than smaller, faster ones. But the Niners account for that with their coverages, and they will surely devote attention to whichever side of the field that Hill is on when he’s out there. San Francisco’s linebackers and safeties were terrific in coverage this season, but they also did not have to deal with Kelce every week. There’s a different challenge to guarding a player that big and that athletic.

It actually would not be surprising to see the Chiefs elect to run the ball a bit more often than usual, whether to keep San Francisco off balance or because their pass defense is just so tough. But Andy Reid would be wiser to keep this game in Mahomes’ hands rather than on Williams’ shoulders. Williams contributes plenty in the passing game, and the Chiefs are a passing team.

Who should you back against the spread and on the money line in the Super Bowl? And what will the exact final score be? Visit SportsLine to see their latest cheat sheet, all from the model that is up over $7,000 on its top-rated picks.

The Pick Six Podcast featuring Will Brinson broke down the gambling angles for the Super Bowl on Friday’s blowout episode, with spread, total and prop picks from Pete Prisco and R.J. White, fun prop talk with Ryan Wilson and John Breech, plus DFS tips from Heath Cummings. Give it a listen below and be sure to subscribe on your favorite podcast platform:

When the 49ers have the ball

One thing that seems all but certain is that the Chiefs will not approach this matchup the same way the Packers did. Green Bay played nickel or dime packages fairly often, even when the 49ers brought in heavier personnel groupings. Doing so allowed the 49ers — who already tend to have significant advantages in the run game — to simply run the ball down the Packers’ collective throats all night, with Raheem Mostert gliding through the defense for one of the best games in NFL history.

Given how the 49ers handled the Packers’ plan, it would seem incredibly unwise for the Chiefs to go about things the same way. Playing more base defense and encouraging the Niners to throw the ball seems like a far better plan. The Niners are capable of throwing it all over the field, but it’s clear from the way they played the past two games that they view Jimmy Garoppolo as more of a complement to the run game as opposed to the driver of their offensive success. Forcing them to use him as the latter type of player is probably the right path. If Garoppolo beats you, tip your hat. At least you made the Niners play left-handed and didn’t just let them do exactly what they wanted as Green Bay did a couple of weeks ago.

For this reason, it would not be at all surprising if Kyle Shanahan and company opened the game with more of a pass-heavy approach than they did last week, and specifically, it would not surprise if they tried to take the top off the defense with some deep shots early in the game. They have plenty of ways to beat teams deep down the field, whether with Deebo Samuel or Emmanuel Sanders on the outside, George Kittle over the middle, or even one of the running backs or fullback Kyle Juszczyk on a wheel route. Shanahan is as good at scheming players into open space as any play-caller in the NFL, and he will keep getting the same players into the same open spaces until you prove you can stop it.

Figuring out what he has in store for this Kansas City defense is an interesting intellectual exercise. The secondary has developed into an above-average unit, even with Daniel Sorenson filling in for Juan Thornhill the last couple of games. Bashaud Breeland and Charvarius Ward do an excellent job on the outside. Tyrann Mathieu is a playmaker of the highest order. Kendall Fuller has been moving around a bit and doing a good job of it. Sorenson has been solid, but it’s possible to take advantage of him in coverage, and the same is true of linebackers Anthony Hitchens and Damien Wilson, so it seems fairly likely to me that the way for Shanahan to attack is going to be over the middle with Kittle, the backs, or whoever lines up in the slot on a particular play.

The Chiefs are highly likely to prioritize stopping Kittle out of that group, perhaps bracketing him with both a linebacker and a safety, or chipping him as he comes off the line. He’s strong and fast enough to beat any plan you throw at him, but using him as a decoy and throwing a screen behind him or a slant underneath him is an idea that has a lot of merits.

You can’t run the entire offense through the middle of the field, though, so figuring out a way to get the ball into the hands of Samuel, Sanders, and/or Kendrick Bourne on the outside. Samuel — in particular — is capable of breaking a big play from anywhere on the field, and he is heavily involved in the run game as both an eye-drawing decoy on motion and fakes, as well as a runner. The 49ers also use him in a variety of ways in the passing game, though, and if they can get him in enough space, he can beat the defense to the end zone all by himself. 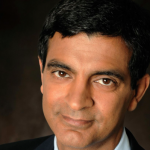 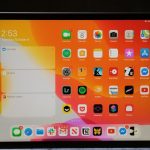