The CBI told the Supreme Court that 15 accused, including Chidambaram , his son Karti and some companies have been charged in the case.

A bench headed by Justice R Banumathi was informed by Solicitor General Tushar Mehta, appearing for the CBI and opposing Chidambaram’s bail plea, that the country needs to go for ‘zero tolerance policy’ on corruption .

Mehta told the court that offence of forgery has also been made out in the probe in the case against Chidambaram.

The CBI said that further probe on in the case and responses on Letters Rogatory (LRs) sent to Singapore and Mauritius are awaited.

Mehta said that ‘mere presence’ of Chidambaram was enough to intimidate witnesses and therefore he should not be given bail at least till material witnesses are examined.

“We are witnessing an era where persons accused of financial offences are fleeing the country. As a nation we are facing this problem,” Mehta told the bench.

Senior advocate Abhishek Manu Singhvi, appearing for Chidambaram, countered Mehta’s submissions and said the CBI’s apprehensions that Chidambaram may tamper with the evidence or influence the witnesses were false and baseless.

Chidambaram, 74, was arrested by the CBI on August 21 and is lodged in Tihar jail under judicial custody in the corruption case.

The CBI had registered an FIR on May 15, 2017 alleging irregularities in a Foreign Investment Promotion Board (FIPB) clearance granted to the INX Media group for receiving overseas funds of Rs 305 crore in 2007, during Chidambaram’s tenure as the finance minister.

Thereafter, the Enforcement Directorate (ED) lodged a money-laundering case in this regard in 2017. 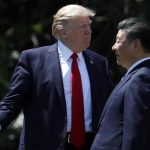