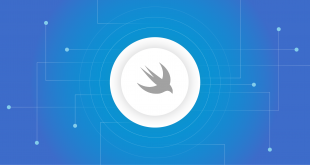 For those who don’t follow Swift’s development, ABI stability has been one of its most ambitious projects and possibly it’s defining feature,and it finally shipped in Swift 5. The result is something I find endlessly fascinating, because I think Swift has pushed the notion of ABI stability farther than any language without much compromise.

So I decided to write up a bunch of the interesting high-level details of Swift’s ABI. Thisis nota complete reference for Swift’s ABI, but rather an abstract look at its implementation strategy. If you really want to know exactly how it allocates registers or mangles names, look somewhere else.

Also for context on why I’m writing this, I’m just naturally inclined to compare the design of Swift to Rust, because those are the two languages ​​I have helped develop. Also some folks like to complain that Rust doesn’t bother with ABI stability, and I think looking at how Swiftdoeshelps elucidate why that is.

This article is broken up into two sections: background and details. Feel free to skip to the details if you’re very comfortable with the problems inherent to producing a robust dynamically linked system interface.

Also huge thanks to the Swift devs for answering all of the questions I had and correcting my misunderstandings!

I know a lot of people don’t really follow Swift, and it can be hard to understand what they’ve really accomplished without some context of what the language is like, so here’s a TL; DR of the language’s shape:

Don’t worry about fully understanding all of these, we’ll dig into the really important ones and their implications as we go on .

1.2 What Is ABI Stability and Dynamic Linking

When the Swift developers talk about “ABI Stability” they have exactly one thing in mind: they want native system APIs for MacOS and iOS to be written in Swift, and for you to dynamically link to them. This includes dynamically linking to a single system-wide copy of the Swift Standard Library.

Ok so what’s dynamic linking? For our purposes it’s a system where you can compile an application against some abstractdescriptionof an interface without providing an actual implementation of it. This produces an application that on its own will not work properly, as part of its implementation is missing.

To run properly, it must tell the system’sdynamic linkerabout all of the interfaces it needs implementations for, which we calldynamic libraries(dylibs). Assuming everything goes right, those implementations get hooked up to the application and everything Just Works.

It can also significantly reduce a system’s memory footprint by making every application share the same implementation of a library (Apple cares about this a lot on its mobile devices).

Since Swift is AOT compiled, the application and the dylib both have to make a bunch of assumptions on how to communicate with the other side long before they’re linked together. These assumptions are what we call ABI (an Application’sBinaryInterface), and since it needs to be consistent over a long period of time, that ABI better be stable .

So dynamic linking is our goal, and ABI stability is just a means to that end.

For our purposes, an ABI can be regarded as 3 things:

If you can define these details and never break them, you have a stable ABI, and dynamic linking can be performed. (Ignoring trivial cases where both the dylib and application were built together and ABI stability is irrelevant.)

Why? Because ABI is something defined by theplatform. It’s not even something that necessarily needs to be documented. The platform vendor can just require you to use a particular compiler toolchain that happens to implement their stable ABI.

(As it turns out, this is actually the reality of Swift’s Stabilized ABIs on Apple platforms. They’re not actually properly documented, xcode just implements it and the devs will do their best not to break it. They’re not opposed to documenting it, it’s just a lot of work and shipping was understandably higher-priority. Thankfully I don’t really care about the details, or the difference between the ABIs on MacOS and iOS, or implementations other than Apple’s , so I can keep saying “Swift’s ABI” and it won’t be a problem.)

But if that’s the case, why don’t platform vendors provide stable ABIs for lots of other languages? Well it turns out that the language isn’t completely irrelevant here. Although ABI isn’t “part” of C itself, itisrelatively friendly to the concept. Many other languages ​​aren’t.

To understand why C is friendly to ABI stability, let’s look at its much less friendly big brother, C .

Templated C functions cannot have their implementations dynamically linked. If I provide you with a system header that provides the following declaration, you simply can’t use it: 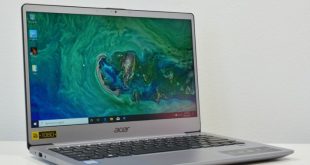 Acer Swift 3 review: Better as a budget device than as a mid-range laptop, Ars Technica

A shifty Swift — Our $899 review unit isn't very different from its $479 counterpart. Valentina Palladino - Oct 17, 2019 3:22 pm UTC Valentina PalladinoThe Acer Swift 3 laptop is not a flagship, but its lack of anything strange, striking, or gimmicky may work in its favor. While the Swift 3 starts at $479,…