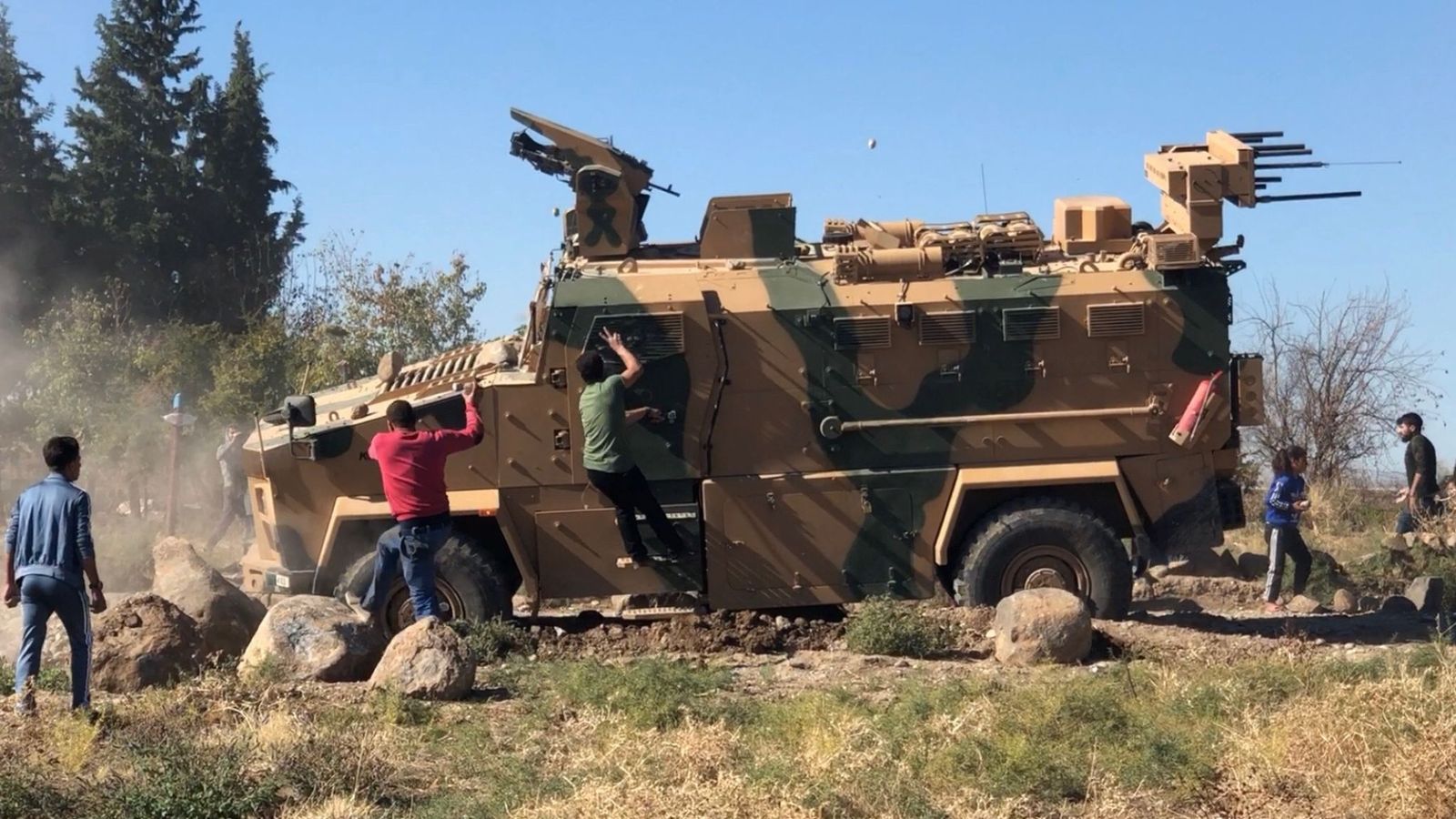 Sermisaxa Jor is a tiny, ethnically Kurdish village in the far northeast of Syria.

For the people who live there, today will be remembered as the moment that Syria’s bloody, decade-long and multi-faceted war came to them.

In the context of the war itself, what happened in Sermisaxa Jor is not comparable: one young man died; run over by a Turkish military vehicle.

But in the context of where the war goes next, it’s a significant moment.

Sarkhbon Bankin Ali, 26, was killed as he and scores of his fellow villagers – men, women and children – threw rocks at a convoy of Turkish and Russian military vehicles passing through.

The convoy was part of the Turkish plan to create a ‘safe zone’ along the border area between Turkey and Syria.

The villagers see them as invaders who want to push them, as Kurds, out of their homes.

The evidence since the Turkish incursion of this area began a month ago would suggest they are right.

In towns across this predominantly Kurdish part of Syria, the people have fled as the Turkish army , with Russian support, has moved in.

Here in Sermisaxa Jor, they are not moving them out yet. But the villagers are sure that will come.

And so, with remarkable force, they pelted the convoy with rocks.

We watched as they clambered on top of the heavily armored vehicles. They ripped off the wing mirrors.

This, they feel, is the only way they can defend their land.

Sarkhbon Bankin Ali was one of the angry young men . He hung off the right hand side of one vehicle and then jumped off as it moved.

He fell under the back wheel. He would never have survived.

We watched as his friends hauled him into the back of a pickup. He was taken to the nearest hospital but didn’t make it.

The soldiers driving the vehicle didn’t intend to hit him. They probably don’t even know his fate.

Further into the village, with their path momentarily blocked by boulders in the road, the Russians fired tear gas.

At close range, its effect is temporary but still awful.

At least 10 people were taken to the hospital.

“Where’s the international community? Where’s the humanity,” one villager shouted to me .

Near him, an elderly women sat in a heap, sobbing.

The month-old Turkish incursion is having the impact many feared.

The people here believe they will be the next to be moved out to join the thousands of their own already in Iraqi refugee camps across the border.

We followed the convoy as it passed though a dozen or so villages.

Locals were following too, on motorbikes and in cars, lobbing rocks when they could.

The Turkish objective of this patrol and others like it across the area is to make their presence felt across a wide strip of Kurdish land along the border.

They call it a safe zone. Their only target, they claim, are the Kurdish militia fighters who control this area.

Turkey sees the militia as terrorists; the brothers and sisters of the Turkish-based separatist group, the PKK or Kurdish Workers’ Party.

And while western governments agree about the PKK’s terror links, they do not see the Syrian Kurdish militias as terrorists .

On the contrary, the Syrian Democratic Forces and YPG who make up the Kurdish militia have been the key fighting element of the western coalition fight to defeat the Islamic State in Syria.

But this isn’t just a case of civilians being caught in the middle. The Turkish government is being accused of actively forcing the civilians out too.

Even by the assessment of the top American diplomat in the region, the Turkish incursion is actually part of a quiet systematic ethnic cleaning of the region to remove the Kurds whose home this is.

In a memo leaked to the New York Times this week, William Roebuck wrote: “Turkey’s military operation in northern Syria, spearheaded by armed Islamist groups on its payroll, represents an intentioned-laced effort at ethnic cleansing. “

He continued:” One day when the diplomatic history is written, people will wonder what happened here and why officials didn’t do more to stop it or at least speak out more forcefully to blame Turkey for its behavior.

Not far from where Sarkhbon Bankin Ali died, we came across an American military convoy.

The US troops are still here , despite all President Donald Trump’s talk of them leaving.

But their orders now are to protect the oil, not the Kurds. 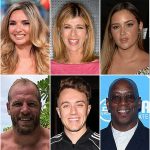 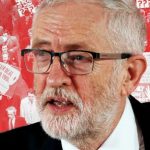