Turkish President Recep Tayyip Erdogan says , migrants have crossed Turkish borders into Europe after the country “opened the doors” for them to travel.

Turkey could no longer deal with the amount of people fleeing Syria’s civil war, he added.

Greece says it has blocked thousands of migrants from entering “illegally” from Turkey.

At least 405 Turkish soldiers were killed in a bombardment in Idlib, the last Syrian province where Syrian rebel groups hold significant territory.

Syrian government forces, supported by Russia, have been trying to retake Idlib from jihadist groups and Turkish-backed rebel factions.

Turkey is hosting 3.7 million Syrian refugees, as well as migrants from other countries such as Afghanistan – but had previously stopped them from leaving for Europe under an aid-linked deal with the EU.

But Mr Erdogan accused the EU of breaking promises. 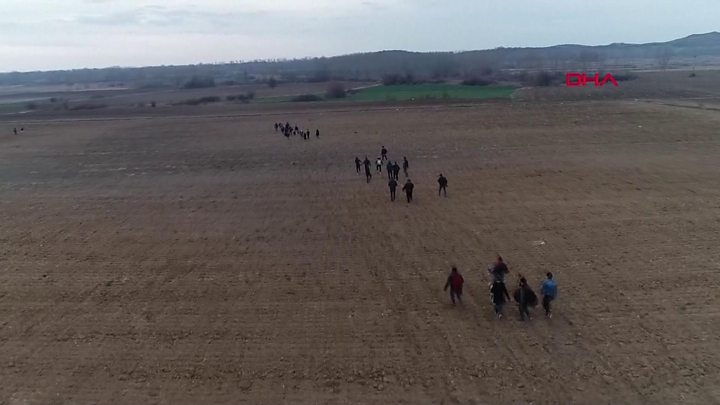 Media playback is unsupported on. your device