Taylor Swiftreflected on a year of highs and lows as she was named both artist of the year and artist of the decade at the American Music Awards.

The artist of the decade honor was announced well before Sunday night’s ceremony, but Swift also scooped the biggest prize of the night, artist of the year, from Drake, Ariana Grande, Halsey and Post Malone.

Accepting the award for the latter, an emotional Swift told the crowd gathered at Los Angeles’ Microsoft Theater that the previous 12 months had given her “some of the most amazing times” as well as “the hardest things I’ve gone through in my life”.

Swift, 29, has been embroiled in a high-profile feud with prominent talent manager Scooter Braun and her former record label over the rights to her back catalog of six albums – a dispute that briefly put her performance at the AMAs under a cloud.

Swift publicly accused Braun last week of refusing permission for her to sing songs from her back catalog at the awards show, urging her 122 million Instagram fans to let Braun “know how you feel about this”.

The public spat culminated last week withBraun saying that his family had received “numerous death threats”and that he “would like to find a resolution”.

Swift did not directly reference her dispute with Braun on Sunday night, but she did say that “this industry is really weird” before thanking her fans, adding: “This year for me has been a lot. It’s been a lot of good, it’s been a lot of really complicated. ”

Before she accepted the prize for artist of the year, Swift followed a video retrospective of her career to date with the performance of a medley of some of her biggest hits, opening with a brief portion of her song The Man, which debates how much more successful she would be if she were a male.

She performed in a white button-down jacket featuring the titles of her earlier albums, including Speak Now, Red and Fearless, and on a piano that was also inscribed with the titles of these albums, which some fans interpreted as a coded message about the feud with Braun.

During her acceptance speech, Swift said the honor celebrated 10 years of “Hard work and of art and of fun and memories”.

She added: “All that matters to me is the memories I have had with you guys, with you the fans, over the years.”

Elsewhere, teenager Billie Eilish continued her year to remember by scooping best new artist. The 17 – year-old appeared emotional as she thanked fans for the award, her second of the night, after her win for alternative rock artist. *****

Eilish showed her support for environmental causes by wearing a T-shirt with the slogan “No Music on a Dead Planet” as she gave her first awards show performance with All the Good Girls Go to Hell.

Selena Gomez kicked off the ceremony in her first live TV performance in two years, after undergoing a kidney transplant in 2017 and battling anxiety and depression . *****

Rapper Post Malone, whose seven nominations were the most of any artist this year, won favorite rap / hip-hop album for Hollywood’s Bleeding.

Pop star Halsey won the prize for favorite pop / rock song for her hit Without Me, and Carrie Underwood won favorite country artist and country album of the year.

The ceremony included performances from singer Toni Braxton, 25 years after winning her first AMA, who belted out her 1996 pop ballad, Un-Break My Heart. Meanwhile new artist of the year nomineeLizzotreated fans to her single, Jerome.

Ozzy Osbourne, who spent much of 2019 recovering from injuries he suffered in a fall at home, returned to the stage to perform Take What You Want alongside Malone and Travis Scott.

Canadian singer-songwriter Shania Twain closed the night with a medley of songs – mashing up the biggest hits of the last 12 months with some of her own best-known tracks, including 1998 ‘s That Don’t Impress Me Much.

Before the show officially kicked off, Dan Shay were named favorite duo or group in the country category, while K-pop favorites BTS won in the pop / rock category. 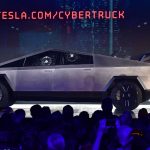