Today’s blog will serve as a deep dive into a recent Specter fix, one of dozens being manually applied to the upstream Linux kernel. We’ll cover the full path this fix took, from its warning-inducing initial state to its correction upstream and then later brokenness when backported to all of the upstream Long Term Support (LTS) kernels. We’ll look at both the nature of the flaw in the backport as well as flaws in upstream processes that resulted in this backporting failure. As contrast, we’ll note how our independent review process spotted this vulnerability at commit time and how our Respectre plugin had already automatically fixed the underlying vulnerability.

The earliest version of the fix that I’ve been able to find isthis patchfrom Dianzhang Chen on May (th) . It addresses speculative access of an array with a user-controlled index via the ptrace syscall. The original fix was fine from a fixing-the-vuln perspective, but Thomas Gleixner repliedherewith some style comments that set in motion a series of cascading failures. Exactly one month and one day later, on June (th) , the second version of the patch was submittedhere. As the details of the fix are now important, I’ve reproduced the diff below:

As you’ll note, the beginning of the code block initializes the index variable before declaring the bp pointer. This results in the following compiler warning:

Despite this warning, this code was merged into Thomas Gleixner’s x 86 / tip tree verbatim, as can be seenhere. Prior to merging the fix for 5.3-rc1, Linus Torvalds noticed the warning as seen on the LKML mailing listhereand fixed it correctly. However, when the actualmergeof the tree was performed, no mention was made of the correction to the fix, and with no specific commit mentioning the correction and fixing it alone, everyone else’s processes that depended on cherry-picking specific commits ended up grabbing the bad warning-inducingchange. As a further failure, instead of looking at Linus’ correct fix (observable by checking out the master tree at the time), the approach employed in the LTS kernels seems to have been to naively silence the warning by simply swapping the order of the two lines, producing this:

To clarify why this fix is ​​bad, let’s first discuss the upstream array_index_nospec () API. This function takes an index value along with the first larger out-of-bounds value for the index. Without the use of conditional control flow, it translates that index into either the original index value (if within bounds) or zero (if out of bounds). By ensuring that all later uses of the original index instead use the value returned from this API, the damage from speculated paths with an out-of-bounds index value is prevented.

Here, however, “index” was used as an index into the ptrace_bps arraybeforethe index was passed through the array_index_nospec () macro. Furthermore, as “index” has no later usage in the function, the entire array_index_nospec () operation would normally be considered a dead store by the compiler and eliminated through an optimization pass called Dead Store Elimination (DSE). This latter effect ends up not happening fully here due to the “volatile” keyword used on some arch-specific inline assembly used to perform the masking for array_index_nospec () [1]. We can demonstrate both of these things by looking at the resulting disassembly of the function, reproduced and commented below: 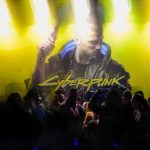 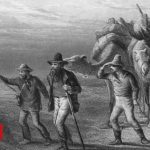