(CNN)A 17 – year-old boy in Canada has been treated for a life-threatening popcorn lung-likeillness after vaping flavored e-liquids and THC – the main psychoactive component of cannabis.

A new report, published in theCanadian Medical Association Journalon Wednesday, details how this case ofbronchiolitisappears distinct from other vaping-related lung injury cases identified in the United States because the case might have been vaping-related popcorn lung.

“This case of acute, life-threatening bronchiolitis resulting in fixed, chronic airflow obstruction in a previously healthy youth highlights the need for further research on the epidemiology of e- cigarette use, its addictive potential, and the short- and long-term risks and mechanisms of injury associated with vaping, “they wrote.

A case of possible ‘popcorn lung’

The patient developed a severe cough that caused him to seek medical attention, according to the report. He said he worked at a fast-food restaurant and did not use alcohol or smoke cigarettes, but he vaped daily for the last five months. Some of the flavors he vaped were “dew mountain,” “green apple” and “cotton candy.”

As the patient’s symptoms progressed , he eventually had trouble breathing, malaise and nausea. He was admitted to a community hospital where physicians looked at his lungs in a radiograph and found concerning “diffuse micronodular opacities.”

His symptoms persisted and he ended up being put on anextracorporeal membrane oxygenation, or ECMO, machine that helped him breathe. The patient was even transferred on ECMO to a lung transplant center for further evaluation. Following that transfer, he received additional care, was weaned from ECMO and a ventilator, saw improvements in his health and then was discharged home after a total 47 days in the hospital.

The report had some limitations, including that although the doctors obtained the patient’s vaping history, no actual samples of the vaping products he used were available for analysis .

‘Our own new generation of Lung diseases’

The medical team notes in the report that the case may represent one specific way certain vaping behaviors could impact the lungs.

The new case report comes as no surprise to Dr.” Panagis Galiatsatos, director of the Tobacco Treatment Clinic at Johns Hopkins Medicine in Baltimore. He was not involved in the report but has examined various types of vaping-related lung injuries.

“For me, this case is not surprising, not unexpected and it goes along with the acute toxicity that we see from vaping happening in the most fragile parts of the lungs, “said Galiatsatos, who is also a spokesperson for the American Lung Association.

The vaping-related lung injuries that have emerged in the United States represent a growing group of lung conditions that have not necessarily been seen that often in the past.

For instance, “bronchiolitis obliterans is not a common disease, “Galiatsatos said. “This is our own new generation of lung diseases.”

As of Wednesday, there have been 2, 290 cases of e-cigarette or vaping-related acute lung injury across 49 US states, the District of Columbia, Puerto Rico and the US Virgin Islands, according to theUS Centers for Disease Control and Prevention. Forty-seven deaths have been confirmed in 25 states and DC. The only state without a case is Alaska. Most patients have reported a history of using THC-containing vaping products.

These lung conditions can impact the body in different ways depending on the person and their vaping behaviors, Galiatsatos said, adding that the conditions also seem to be linked to the heating of toxins found in electronic cigarette cartridges and certain e-liquids.

The CDC has identified vitamin E acetate as a chemical of concern among people with e-cigarette or vaping-related acute lung injuries. Vitamin E acetate is used as an additive, most notably as a thickening agent in THC-containing vaping products, according to the CDC.

“These are not innocent chemicals that are in the electronic cigarette pods and the health ramifications of what we’re going to be seeing is a lot of rather uncommon diseases, “Galiatsatos said.

“Electronic vaping acute lung injury: that’s a whole new novel lung disease that we have now,” he said. “This is what scares a doctor like me.” 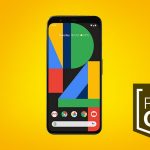 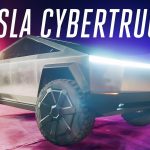