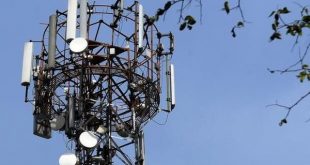 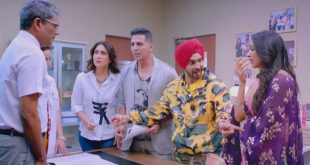 
NEW DELHI: The beleaguered telecom industry was handed a Rs 42, 000 crore lifeline by the government as it announced a two-year moratorium on payment of spectrum dues by mobile operators.

However, there was no relief on the Rs 1. 47 lakh crore Adjusted Gross Revenue (AGR) demand arising from the Supreme Court’s judgement on October 24. Any relief on the matter can only be given by the top court.

The telcos are already in the process of filing a challenge to the judgement and can expect any aid – including an extension of the three-month payment period – if the top court feels the need for it .

While the spectrum payment relief for Airtel will be Rs 11, 746 crore, Vodafone Idea will get a reprieve of Rs 23, (crore andRelianceJio Rs 6, 670 crore. Finance ministerNirmala Sitharamansaid the relief had been given in view of the current financial stress faced by telecom companies.

The two-year moratorium – for fiscal 2020 – 21 and 2021 – 22 – was handed out after a recommendation by a high-powered Committee of Secretaries (CoS) that was tasked with working out a solution to the financial mess of the telecom sector, Sitharaman said after the Cabinet approved the measure.

“These deferred amounts will be equally spread over the remaining instalments to be paid by the telecom companies without any increase in the existing time period specified for making the instalment payments.”

Also, the minister said that the interest – as stipulated while auctioning of the concerned spectrum – will be charged so that the NPV (net present value) of the payable amount is protected, and remains intact . “That’s not getting altered. As per the current policy, the telecom service providers will continue to securitise the next payable annual instalment by a financial bank guarantee of an amount equivalent to the instalment. ”

Thus, a telecom company that will opt for a two-year deferment will need to provide the government a financial bank guarantee of the revised annual instalment amount payable for the year 2022 – 23.

The industry welcomed the measure, but said it requires a relief on the AGR matter to take the financial burden off the mobile operators. “It’s certainly good and we are grateful to telecom ministerRavi Shankar Prasadand the DoT for pushing for the spectrum payment relief. This was one of the early requests we had made, and it will help with immediate cash-flow situation, ”Rajan Mathews, Director-General of Cellular Operators Association of India (COAI), said.

Mathews, however, added, “We humbly request the government to consider the request on the AGR front. It’s a legacy issue and a double taxation issue. We are hoping that the government will eliminate AGR or redefine it, so that license fee and spectrum usage charge (SUC) dues can be brought down. ”

Sources said that the telecom players are expected to soon meet on the AGR issue as the companies firm up their plans to tackle the payment order. Vodafone Idea CEO Ravinder Takkar has already said that the company is planning to file a review of the AGR order, and may even go in for a curative petition on the matter.

After declaring the deep losses, both Vodafone Idea and Airtel had said that their ability to remain afloat may be severely impacted if any immediate relief is not offered. 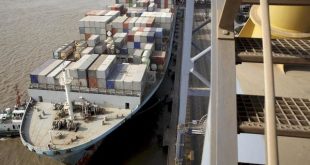 MUMBAI : Adani Ports and Special Economic Zone Ltd (APSEZ), India’s largest private sector port developer, operator and the logistics arm of Gautam Adani’s group on Friday said that it will be acquiring a controlling stake of 75% in Krishnapatnam Port Co. Ltd (KPCL) at an enterprise valuation of Rs13,500 crore, the company said in…