Michael McKinley’s disillusionment with the way things were going at the State Department was months in the making.

The veteran diplomat had left his posting as ambassador to Brazil and arrived in Washington in May 2018 to serve as a senior adviser to Mike Pompeo shortly after he was confirmed as secretary of state.

Pompeo wanted to boost morale – he called it “swagger” – in a department left deeply dispirited after the firing of Rex Tillerson, whose tenure was marked by a hiring freeze and relative isolation.

McKinley was to serve as a bridge for Pompeo to the corps of foreign and civil service officers and advise on hotspots such as Afghanistan and Latin America, where he had served as ambassador. He was one of the few senior officials able to tell Pompeo when he thought the secretary was mistaken, and he was even known to yell back at him.

McKinley testified before House impeachment investigators Wednesday about the circumstances that led him to resign last week, a month before he had been planning to retire.

According to friends, McKinley had grown distressed about the intrusion of political considerations in foreign policy and at the department. He watched as some veteran diplomats were berated for their perceived disloyalty to the Trump administration and as experts on Ukraine were sidelined to satisfy the president’s political desires in pursuing an investigation into former vice president Joe Biden and his son, who served on the board of a Ukrainian energy company.

McKinley also came to believe his effectiveness was dwindling.He had argued successfully against tariffs on Mexico, but the internal fighting helped him realize months ago that his days at the State Department were numbered.

“He said that if the next day they knifed him, they’d happily walk over his body, ”said one of his friends, who like others spoke on the condition of anonymity to describe private conversations. “He was useful as long as he was useful, and then he was a liability.”

McKinley is the third veteran Foreign Service officer to testify before the House committees conducting the impeachment inquiry. The succession of State Department witnesses has laid bare the growing level of discontent with Pompeo’s stewardship of the agency.

Marie Yovanovitch, the former U.S. ambassador to Ukraine, testified she wasremoved from her posting under pressure from Trumpand characterized the State Department as “attacked and hollowed out from within. ”

William B. Taylor, the charges d ‘affaires in Ukraine who called it “crazy” to freeze security aid to Ukraine for political help, also has been asked to provide a deposition.

Now, Pompeo and McKinley are not on speaking terms, according to a friend, and Pompeo has not issued a statement of gratitude for McKinley’s 37 years of service, a common tip of the hat for retir ing senior officials.

The estrangement is remarkable. McKinley had accompanied Pompeo on most of his overseas trips and sat in on many meetings the secretary has had with foreign officials.

McKinley is in many ways the consummate diplomat, who chooses his words carefully and rarely speaks out of line. He frequently defended Pompeo when his actions or remarks were questioned.

McKinley did not comment on the reasons for his departure. In his farewell email to State Department staff, he made no reference to any disagreements.

“So, we are leaving the Department to pursue other opportunities, wherever they may lead,” he wrote. “The decision is personal: It’s time after 37 years with the Department. ”

Others said McKinley was held in high regard, reflected by his being named ambassador to four countries, a record matched by few Foreign Service officers.

“He is really an extraordinary officer, who served the department and the United States above and beyond any call of duty,” said Tom Shannon, who was acting secretary of state between Trump’s inauguration and Tillerson’s confirmation and who resigned in early 2018. “It’s a loss for the secretary, for the department, and a loss for the American people.”

McKinley’s departure also reflect an about-face in perceptions of Pompeo among employees. Many were thrilled when Pompeo arrived and set about correcting some of Tillerson’s managerial mistakes.

But the revelations about Ukraine, and Pompeo’s perceived failure to stand up for beleaguered employees, has prompted a round of questioning about a new State Department ethos Pompeo introduced six months ago. The statement extols professionalism, integrity and “unstinting respect” for colleagues. Pompeo unveiled it in the State Department’s main lobby – it hangs above a plaque bearing the names of employees who were killed in the line of duty.

Like many veteran diplomats, McKinley was upset at Pompeo’s inaction after an inspector general’s report in August condemned the leadership of thebureau of international organization affairsfor bullying employees and retaliating against those considered insufficiently loyal to the Trump administration.

Despite advice from senior officials that employees’ concerns should be addressed, the report said Kevin Moley, the assistant secretary for the bureau, “did not take significant action.” It also said both Moley and Mari Stull, a former lobbyist who was Moley’s senior adviser , “Frequently berated employees, raised their voices, and generally engaged in unprofessional behavior toward staff.”

Though Stull left after news reports that she had compiled a list of staffers deemed disloyal, Moley remains

McKinley had considered resigning earlier, but Pompeo persuaded him to stay , according to a person familiar with their interactions. Then, in late September as McKinley was with Pompeo in New York for the U.N. General Assembly meeting, news broke of Trump’s pressure on Ukrainian officials to investigate the Bidens.

Pompeo has repeatedly said he has the backs of diplomats who work for him. But his inability to prevent Yovanovitch from being dismissed has made many diplomats skeptical.

Daniel Fried, a former ambassador and assistant secretary of state for European affairs who resigned at the onset of the Trump administration, said Pompeo should have threatened to resign before allowing Yovanovitch to be removed.

“You don’t get credit for defending your people only when it’s easy,” he said. “You’ve got to stand up for your people when it’s hard. ”

Nancy McEldowney, a former director of the Foreign Service Institute, which trains diplomats , described the State Department as being in “free fall.”

McKinley’s departure “will be a very heavy blow to an institution that has been under attack throughout this administration and is greatly weakened as a result, ”she said. 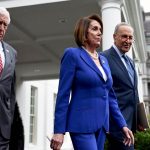 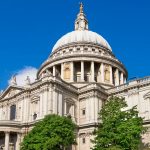