A Texas death row inmate has been executed for fatally shooting a 61 – year-old grandmother at her home nearly a decade ago during an eight-day spate of crimes that included thefts and another killing.

Mark Anthony Soliz, 37, received a lethal injection at the state penitentiary in Huntsville on Tuesday for the June 2010 slaying ofNancy Weatherlyduring a robbery at her rural home near Fort Worth.

In the video above , Donald Trump calls for the death penalty for mass murderers

Soliz was the 15 th inmate put to death this year in the US.

It was the sixth execution in Texas and the second in as many weeks in the state.

Nine more executions are scheduled this year in the nation’s busiest capital-punishment state.

During a five-minute final statement, Soliz apologized profusely from the death chamber gurney.

“I don’t know if me passing will bring y’all comfort for the pain and suffering I caused y’all, “he said, looking at his victim’s son and daughter-in-law, who watched through a window a few feet from him.

” I am at peace. I understand the pain that I caused y’all, “asking the family to forgive him as the lethal dose of pentobarbital began.

More US news on 7NEWS.com.au

He was pronounced dead 18 minutes later.

State and federal appeals courts and the Texas Board of Pardons and Paroles turned down requests by Soliz’s attorneys to stop the execution, with the most recent denial coming on Monday. 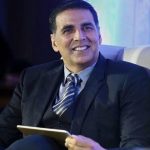 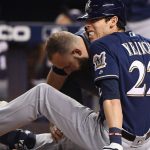