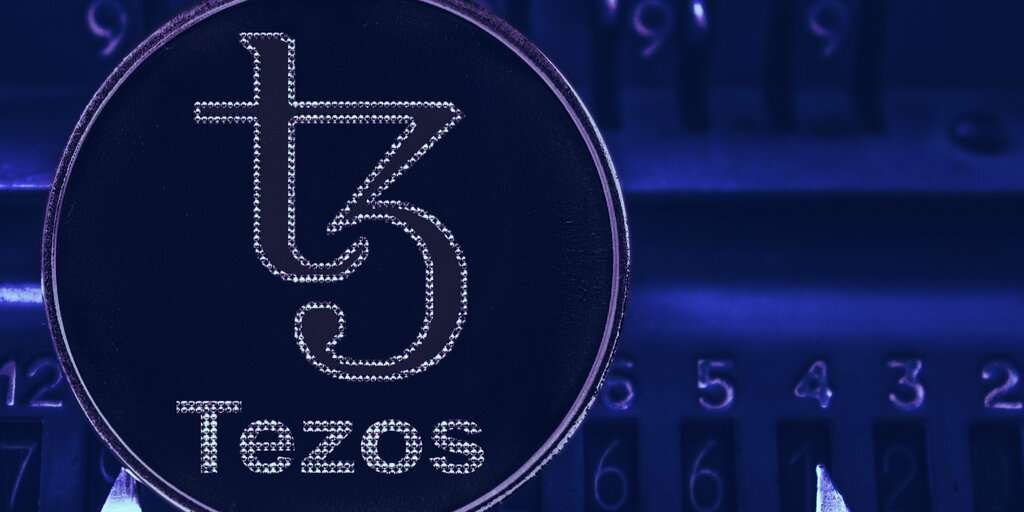 Tezos, an Ethereum competitor that raised more than $230 million in 2017, has raised new funds to bring DeFi to its native blockchain.

DeFi may be dominated by Ethereum, but Tezos is making a play to attract users with lower fees and faster transactions.

It’s the first step on the road to building a Tezos DeFi ecosystem to compete with development on and around the Ethereum blockchain, in the hopes of drawing off some of the billions in liquidity that have so far gone almost exclusively towards Ethereum-based designs.

What is Tezos (XTZ)?

The newly funded Tezos Stablecoin Technologies will support the development and proliferation of USDtz stablecoins on the Tezos network, and will also soon release plans for a public sale of Trustee tokens (TRU). TRU token holders will receive a share of tokens from each new Tezos-based DeFi project launched in partnership with the organization.

A number of Tezos Finance (Tezfin) open-source projects are apparently already in the works, including lending platforms and a decentralized TEZEX exchange.

DeFi, short for decentralized finance, represents a series of projects allowing users to access financial tools and services like loans or interest on deposits. It swaps out centralized entities like banks for programmatic code called smart contracts that execute user requests on decentralized blockchain networks. And it’s big business now. Over $10 billion in value is locked into Ethereum-based DeFi smart contracts right now, according to DeFi Pulse.

DeFi, currently at home almost exclusively on the Ethereum blockchain, relies heavily on stablecoins, tokens typically pegged to the US dollar (or another asset) that serve as low-risk crypto assets for hedging volatility in other cryptocurrencies. They also allow DeFi tools like loans to be denominated in dollars.

Tezos, which raised more than $230 million in a 2017 token fundraiser with the support of investor Tim Draper, is different from Ethereum in some key ways that could help it close the gap with the second-largest cryptocurrency by volume.

First, on Tezos, nodes agree on the blockchain using delegated-proof-of-stake (DPoS) consensus, in which only designated nodes can generate or validate new blocks. On the one hand, the potential for greater centralized control in a DPoS system could be considered a disadvantage compared to the broader participation from users in Ethereum 2.0’s planned proof-of-stake design. While it risks being relatively more centralized, however, Tezos can upgrade elements of the base protocol without forking the blockchain and causing a potential community rift.

Tezos has attracted increasing attention over recent weeks, not all of it great. On the plus side, it became a frontrunner for potential development of a digital version of the Euro currency. Less positively, the Tezos Foundation, in charge of guiding the protocol in its early days, recently agreed to pay $25 million in damages to investors for disputes over the nature of the protocol’s initial 2017 token sale.

Tezos Becomes a Favorite to Power the Digital Euro

With real-world uses for blockchain technology coming to life in DeFi protocols, Ethereum competitors are scrambling to release their own DeFi products. Tezos has had its ups and downs, but appears to finally be on solid footing to give Ethereum a run for its money across the DeFi landscape.