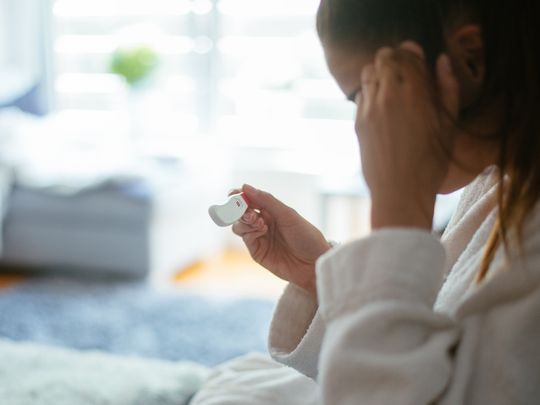 According to Dubai Health Authority (DHA), the likelihood of a fertile couple achieving a natural pregnancy is around 20 per cent each month. The authority also says that approximately 10-15 per cent of couples experience an inability to conceive naturally.

Dr Mohamed Elkalyoubi, Consultant Obstetrics, Gynaecology and Reproductive Medicine, Dubai Fertility Centre, DHA, says that there are many different reasons for people failing to conceive, ranging from lifestyle-related issues to disease and infection. There are also individual problems that affect men and women differently.

“For women, the most common cause of infertility is anovulation, where they are not ovulating,” he says.

He adds there is a high prevalence of polycystic ovarian disease in the Gulf countries. It is a condition that affects women’s hormone levels and causes them to start producing a higher-than-average amount of male hormones. This imbalance causes disturbances in their menstrual cycles, making it difficult to become pregnant.

There are a number of symptoms for the condition, such as increased hair growth and depression and risk factors include diabetes and obesity.

“The condition is more common here than they are for women in Europe or the States,” says Dr Elkalyoubi. “Although we do not have figures for the general population, around 25-30 per cent of female patients we see have polycystic ovarian disease.

“However [at Dubai Fertility Centre], we are a tertiary centre, so if a patient with polycystic ovaries becomes pregnant through simple medication, they don’t come and see me.”

Dr Elkalyoubi says that another common reason is endometriosis. “There are many theories for the cause behind the occurrence of endometriosis in some women but we don’t know why endometriosis occurs and unfortunately, the treatment that can help a women get pregnant is sometimes surgery and there is the possibility of a recurrence in something like 40-50 per cent of the patients.

The condition not only affects women’s ability to become pregnant but it is also often a painful disorder. The tissue that ordinarily lines the inside of the uterus grows outside of it and when the ovaries become involved, cysts can form, causing pain, especially during menstrual cycles.

Men may not be able to conceive for different reasons than women although the most common reason is unknown. “One of the common issues for men are infections such as mumps, which can lead to testicular damage. Infections can also block the [epididymis] tube,” says Dr Elkalyoubi. “Rarely congenital diseases can cause male infertility but we still see cases here sporadically.

“The most common cause of male infertility and reduced sperm count is unknown though.”

Dr Elkalyoubi believes that the most probable reason that, globally, fertility rates are declining is lifestyle-related.

“Lifestyle is important and smoking, diet, exercise and weight can affect the fertility of people in general. Globally, the increased prevalence of pollution, polluted food and water, consuming too unnecessarily — all of these factors could be degrading fertility. Stress could also be a factor.

“There is a global decrease in the number of sperm men produce and the only explanation is the lifestyle that we lead now is completely different to our grandfathers.

“Globally, people are ignoring their health. They are eating lots of junk food, they sometimes smoke and they don’t exercise and that lifestyle is really damaging.

“There are some recent studies that show if a male is a smoker and his wife gets pregnant, it can cause damage not just to their child but to the following generation too.

While age can indeed be a factor in infertility, Dr Elkalyoubi says that leading a healthy lifestyle and the well-being of any offspring should be priorities for any couple hoping to have a child.

“If your lifestyle is very bad, it can make your grandchild susceptible to a lot of problems. You should not just want a child but you should want a child that is healthy,” he says.

When to seek help

The point at which couples should consult a specialist depends on a number of factors, but age is significant. “It depends on the age of the couple,” says Dr Elkalyoubi.

“If they are young, they can try for two years. But, if the woman is aged over 35 and the man is aged over 55, I would advise them to seek help as quickly as possible. We will not necessarily prescribe a treatment but at least we can do a basic investigation and establish if they need a treatment.

“For example, if you’re 40 and your wife is 30, you may think that you can wait for a few years and try naturally before seeing a doctor to get treatment. But, this policy may be OK if you want only one child but by the time you want to have a second baby, it can become more difficult.”

The post The common causes of infertility in Dubai appeared first on The Wealth Land. 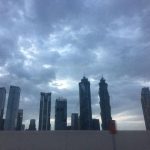 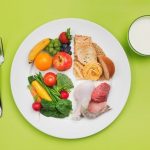