The dog-walking startup Wag is exploring a sale to Petco, Recode 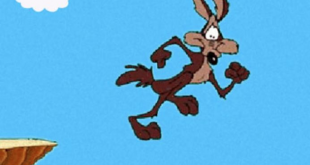 Startup Offense and Defense in the Recession, Hacker News 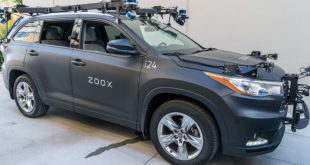 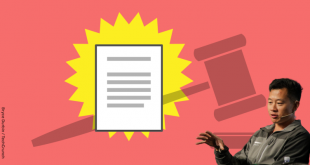 
The dog-walking and pet-sitting startup Wag has been exploring a sale to potential buyers such as the pet giant Petco, Recode has learned.

Petco and Wag, which isalmostmajority owned by the investment firm SoftBank, have had talks over the last few weeks about a possible deal, according to people familiar with the matter. The two companies alreadystruck a partnership deal just a few months ago, but Wag, last valued at $ 650 million, has reportedly stumbled with scaling its business and could be the latest company backed by SoftBank to struggle.

Wag has also approached its primary competitor in the pet services industry, Rover, about a possible deal, one person said, although that tie-up is not currently expected to happen.

If it is Petco that ends up buying Wag, it would give the brick and mortar retailer a stronger digital footprint and would build relationships with a younger generation of dog-owners. Petco has new competition in e-commerce from Chewy, which was recently spun out by Petco’s rival, Petsmart, and is now valued at $ 11 billion after its IPO.

A Petco purchase would also give Wag, a startup that hasstruggled to gain market shareand has come underheavy criticismfor everything from runaway dogs to poor financial performance, a landing pad after taking $ 300 million from the SoftBank Vision Fund last year. Wag has become something of a punchline in venture capital circles for embodying some of SoftBank’s investment excesses.

What terms Wag is seeking could not be immediately learned. SoftBank invested $ 300 million into Wag almost two years ago and took a larger-than-normal percentage of the company. The company’s valuation before that influx of cash was about $ 350 million,Recode previously reported.

The timing of SoftBank’s investment coincided with the replacement of Wag’s founders, Josh and Jonathan Viner, who left shortly after an outsider, Hilary Schneider, replaced Josh Viner as CEO. Even some Wag investors have soured on the company – one Wag investor said they had already marked their stake in the company as a zero.

Wag has had multiple rounds of layoffs recently that affected an unknown number of people, and former employees have criticized Schneider for a failure to sufficiently grow the business,according to a CNN story earlier this fall. Its primary competitor, Rover, hasgained market sharesince the SoftBank investment. And the company has not followed through on its plan to expand overseas, which is typically a hallmark of a SoftBank investment.

“The senior leadership team is highly intentional with its direction of Wag !, using a data-driven approach to guide strategy and growth, while also improving the customer experience, ”Schneider said in a statement to Recode.

And that was all before the passage of AB 5, a law recently passed in California that’s poised to require more companies to provide benefits to their contract workers and is expected toaffect gig economy startupslike Wag. The law has been a deterrent to potential buyers during the Wag sales process, a source said. Other potential buyers have been dissuaded by the firm’s heavy cash burn, which draws into question its path to profitability.

How Wag fares will prove to beanother reflection on the SoftBank Vision Fund, which is on the ropes after thespectacular downfall of WeWork, a saga that ended in SoftBank Corp. acquiring majority control of the company to save it. SoftBank is trying to raise a second Vision Fund of another $ 100 billion or more, andreportedlyis planning to pursue less risky bets in this second round. Wag would certainly qualify as one of SoftBank’s riskier ones.

Previous When Does a Game Stop Being a Homage and Become a Rip-Off ?, Crypto Coins News
Next US lawmakers will press Boeing CEO for answers on 737 MAX crashes – Hindustan Times, Hindustantimes.com 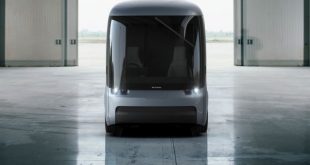 A $ 100 million investment pulls an EV startup out of stealth mode, Ars Technica

Hyundai and Kia announced Thursday that they are investing $111.5 million in Arrival, a startup British automaker building electric delivery vans. The three companies will jointly develop vehicles and share know-how as Arrival scales up its operations and moves to put a vehicle on the market in the next few years.Arrival was founded in 2015…