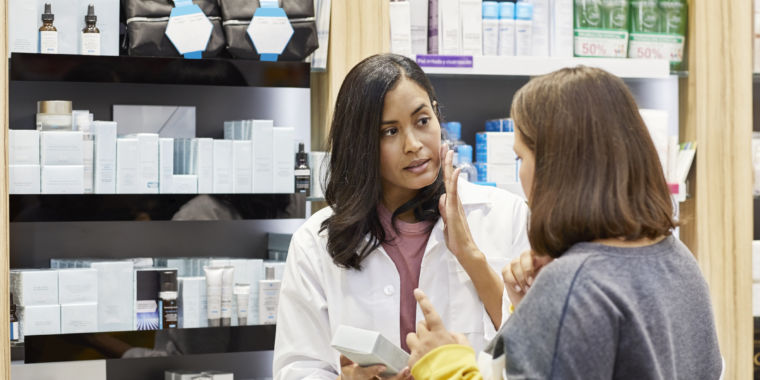 Like much of the internet, online reviews are often fake. No matter the platform — Amazon, TripAdvisor, Yelp, or another — no matter the subject, where user reviews are public, fakery usually follows.

The practice has surged in popularity in recent years as retailers scramble to capitalize on consumers’ love of ecommerce. Saoud Khalifah, CEO of the fraudulent-review tracking company FakeSpot, says the number of companiespadding their online ratingsusing reviews generated by bots, ghostwriters, or other schemes has increased dramatically over the past four years.

“When I started [looking into] this in 2015, it wasn’t as big as it is today, ”said Khalifah. “Today, it has reached epidemic proportions — whether you’re looking at Sephora, Walmart, Amazon — it’s like a plague right now.”

Commissioners Rohit Chopra and Rebecca Slaughter of theFederal Trade Commissionsay it’s about to get a lot worse, and they know who to blame: their own agency. The FTC this weekbrought its first caseagainst a company for enlisting its employees in a coordinated fake-review campaign to boost sales. Chopra and Slaughter saythe decisionreached by their fellow commissioners could usher in even more review fraud. The settlement did not require the company to admit fault, notify customers of the fraud, or turn over any ill-gotten gains.

“Dishonest firms may come to conclude that posting fake reviews is a viable strategy, given the proposed outcome here, ”Chopra said ina statementdissenting from the FTC’s decision, joined by Slaughter. “Honest firms, who are the biggest victims of this fraud, may be wondering if they are losing out by following the law. Consumers may come to lack confidence that reviews are truthful. ”

The case in question concerns skin-care brand Sunday Riley, which on Monday agreed to settle FTC charges that it posted faked reviews for its products on Sephora’s website for nearly two years . The FTC has the power to punish companies for engaging in online review fraud, through fines, forfeitures, or notices, among other things. But the Sunday Riley decision amounted to little more than finger wagging, Chopra and Slaughter say.

The dissenting commissioners say the agency’s investigation uncovered more than enough evidence to prove that Sunday Riley had engaged in online review fraud — includingan Instagram commentposted by a brand representative that confirmed the company had posted fake reviews. But the FTC voted 3–2 to allow Sunday Riley to settle the charges by agreeing not to post future fake reviews, without admitting fault.

Chopra and Slaughter say the settlement will ultimately do more harm than good and that it tells companies there’s little risk in engaging in online review fraud; even if regulators find the fake reviews, the company won’t face a meaningful punishment, the dissenters say. Other agency staffers said they feared the decision could harm competition online, as the FTC’s reluctance to crack down on fake reviews in such a high-profile case may also influence decisions by state and local courts.

It is extraordinarily rare for the FTC to get a fake-review case as straightforward, prosecutable, and evidence-rich as Sunday Riley, FTC staffers say. Normally, it’s difficult for regulators to identify when companies engage in fake review schemes online, as the agency doesn’t have the staff to investigate the millions of online reviews; staffers say they often rely on tips from the fraud teams at ecommerce platforms to begin an investigation. Even then, the FTC is often hamstrung because there’s not enough evidence to build a strong case, or because many peddlers of fake reviews aren’t located in the US.

Multiple agency staffers described the Sunday Riley case an unusually good enforcement opportunity. It was brought to the FTC’s attention after awhistle-blower shared a company email to Redditin which Sunday Riley employees were given step -by-step directions on how to post fake reviews to Sephora’s website and avoid detection. A subsequent investigation found more evidence implicating company executives.

“It is difficult to imagine more egregious facts, yet all the commission is imposing is an order that the company and its CEO not repeat their lawbreaking , ”Chopra said. “This settlement sends the wrong message to the marketplace.”

The three commissioners who voted in favor of the settlement did not issue an opinion explaining their reasoning. Commissioners Noah Wilson and Christine Phillips declined to comment when asked about the case. Neither FTC chair Joseph Simons nor Sunday Riley responded to multiple requests for comment. 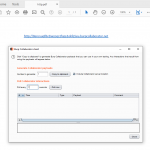