The genetic basis of Peruvians ’ability to live at high altitude, Ars Technica 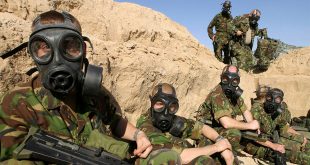 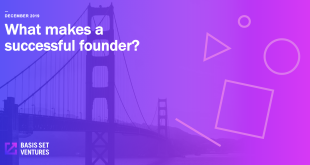 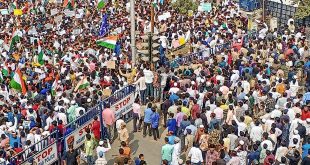 It involves changes in the basic oxygen sensing system.

Sherpas are physiologically adapted to breathing, working, and living in the thin air of the Himalayas, enabling them to repeatedly schlep stuff up and down Mount Everest. The Quechua, who have lived in the Andes for about eleven thousand years, are also remarkably capable of functioning in their extremely high homes. New work suggests that these adaptations are the result of natural selection for particular genetic sequences in these populations.

Both populations live above 14, (0 feet) 4, 267 m), under chronic hypoxia — lack of oxygen — that can cause headaches, appetite suppression , inability to sleep, and general malaise in those not habituated to altitude. Even way back in the 16 th century, the Spaniards noted that the Inca tolerated their thin air amazingly well (and then they killed them).

Metabolic adaptationsgive these highlanders have a notably high aerobic capacity in hypoxic conditions — they get oxygenated blood to their muscles more efficiently. But the genetic basis for this adaptation has been lacking. Genome Wide Association Studies, which search the entire genome for areas linked to traits, had found tantalizing clues that one particular gene might be a site of natural selection in both Andeans and Tibetans. It encodes an oxygen sensor that help cellsregulate their response to hypoxia.

This new work looked for genetic variants that were more common in the Quechua population compared to white lowlanders from Syracuse, New York. The researchers then tried to correlate the variants with the Quechua’s high aerobic capacity at altitude. But none of the genetic differences showed a significant association with high aerobic capacity, probably because the sample size – 429 Quechua and

lowlanders was too small to detect one.

So the researchers subjected the data to a more sensitive statistical analysis. This analysis found five variants of the gene that were significantly associated with the Quechua’s adaptive high aerobic capacity in hypoxic conditions; they also appeared significantly more frequently in the Quechua population than in lowlanders. This observation was buttressed by analysis of a second, independent cohort of Quechua compared to global populations from the1000 Genomes Project.

All of the adaptive variants were in the regulatory region of the gene — DNA that controls when and where the gene is active. None were in the part of the gene that encodes a protein. So, the location and timing of the protein’s activity seems to be more important than the protein itself in the Quechua.

A number of conditions must be met to claim that a population is genetically adapted to specific conditions. First, that there is in fact an adaptation; in this case, enhanced aerobic capacity under hypoxia. Check. Next, that that adaptation is associated with a genetic variant, and that that variant occurs in the population of interest at rates indicating that it is being selected for. That’s what this most recent work did.

But it has not shown that the adaptation has increased the group’s fitness, in terms of improving fertility and / or limiting mortality. And it is not absolutely certain that aerobic capacity is the trait being selected for; it is possible that this gene does something else oxygen-related that is really the trait being selected for, and the observed enhanced aerobic capacity is just a bonus side effect.

Tibetans have alterations to the protein encoded by this gene, which is intriguing. Even more so is that the Tibetan variants are not associated with high aerobic capacity in hypoxia, but withlowhemoglobin. Counterintuitively, this seems to help Tibetans at altitude by increasing their blood flow to an extent that compensates for the fact that the blood carries less oxygen. 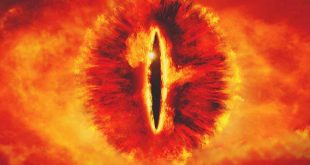 I see you — Eye with blazing rim indicated pigment was flaking off from his iris. Beth Mole - Nov 15, 2019 6:30 pm UTC Like this, except less evil lord-like.New Line CinemaMove over, Dark Lord of Mordor. There’s a new blazing peeper in town. Doctors in Texas came face to face with a dark,…