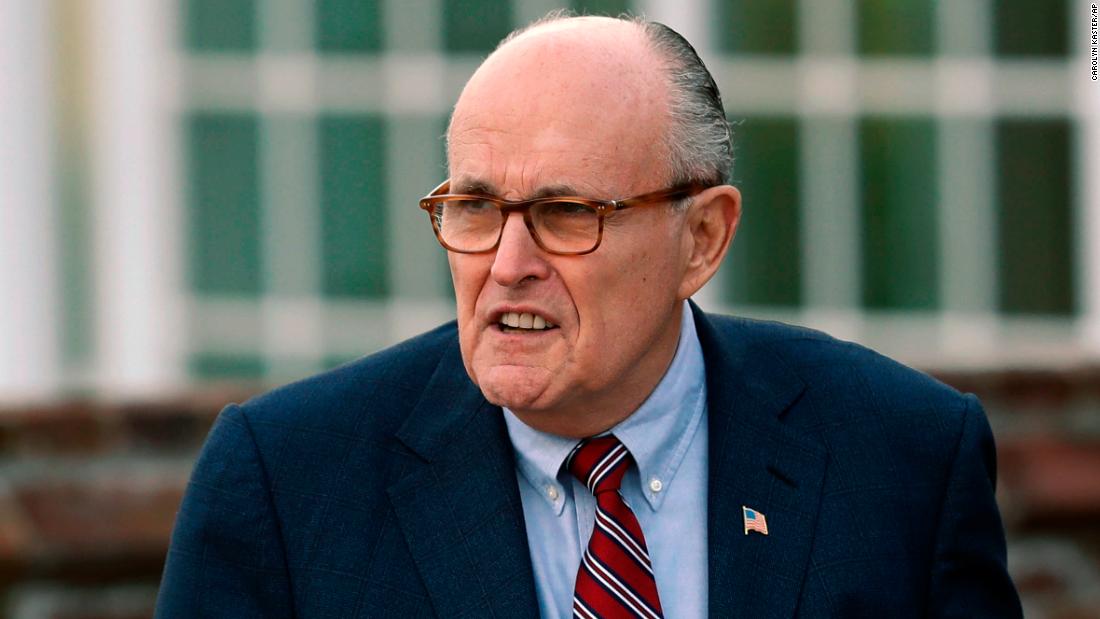 Despite being invisible for days aftershelving his train wreck TV interviewshe isemerging with President Donald Trumpas the most dominant and intriguing figure in the impeachment drama.

The man once feted as America’s mayor is looming over events on Capitol Hill as details of his expansive role in the scandal fill publicly released witness testimony.

“He was always swirling around somewhere,”US Ambassador to the European Union Gordon Sondland testified, adding that Giuliani’s shadow foreign policy mission in Ukraine got more “insidious” as time went on.

Giuliani was ubiquitous, on the phone with Ukrainian officials, inserting himself in US diplomatic meetings, sowing confusion and exasperation about what he

EvenSecretary of State Mike Pompeo couldn’t rein in the President’s man, rolling his eyes when Sondland mentioned him and saying: “Yes, it’s something we have to deal with,” according to transcripts of

Revelations about Giuliani’s mission are piling up as the Democratic impeachment push races ahead. A criticalnew stage of the inquiry opens next week with public hearingswhere the absent Giuliani’s name is sure to be on everyone’s lips.

Pages of newly released witness testimony appear to be cementing the Democratic case that Trump abused his power by seeking political favors from Ukraine. The President, however insists he did nothing wrong and is dismissing latest revelations.

Evidence of Giuliani’s intimate involvement in the Ukraine scheme turns the focus on why the President was apparently so keen to bypass accredited US diplomats and senior officials.

And on a day when Giuliani announced his own high powered legal defense team, speculation is growing about his own legal exposure and how the scandal will stain his own legacy.

“Even someone like Rudy Giuliani who at one point was a pretty significantly good lawyer realizes you need outside counsel,” said CNN legal analyst Preet Bharara, who like Giuliani is a former US attorney for the Southern District of New York, on CNN’s “Situation Room.”

“I don’t know that he is in true criminal jeopardy, but at a minimum when people are beginning to investigate you … you want to have able counsel at your side, “he said.

The torrent of revelations about Giuliani will mean that Trump’s attitude and mood regarding his lawyer and most vociferous cable television defender needs to be closely watched.

If the President begins to create some distance between them, Giuliani wouldn’t be the first Trump lawyer to face carrying the can for his client’s alleged wrongdoing – as former Trump attorney Michael Cohen well knows.

Most fundamentally, the flurry of disclosures about Giuliani poses the question of whether Congress will ever get to the bottom of what happens in Ukraine without his testimony.

Giuliani has said in the past that he would like to testify. But it seems unlikely he has much to gain by doing so. But any attempt to avoid an appearance based on attorney-client privilege or executive privilege would be a tough legal sell given his non-official role and ramblings into Europe – well beyond the confines of a relationship with Trump.

He might also exercise his right to avoid self-incrimination given the current criminal and counter-intelligence investigation into his business dealings in Ukraine.

Giuliani rejected the idea that he was enriching himself abroad through his associations with the President in a conversation with CNN Investigative Reporter Drew Griffin.

Trump has defended Giuliani in recent weeks, but the President does have a history of minimizing his relationship with former associates when they g et into trouble. There’s also a possibility that his lawyer could become a useful scapegoat.

As recently as last month however, Trump was standing by his fellow New Yorker.

“He’s a great gentleman. He was a great mayor, one of the greatest, maybe the greatest mayor in the history of New York,” Trump said. “He’s a man that looks for corruption … I know he’s an honorable man.”

Once, the former New York mayor was seen as a rogue freelancer, trampling around in Kiev in a bid to suck up dollars for his private business and while peddling conspiracy theories about the 2016

But it’s becoming clear that his role was far more influential than that and he was imbued with presidential authority.

Testimony shows Giuliani set up a powerful alternative diplomatic track that not only bypassed official US channels, it also actively inhibited work to better US-Ukraine ties.

But the evidence suggests that the President directly tasked Giuliani with running an off-the-books operation – that his personal attorney used to seek political favors from Kiev.

Over the course of this year, US diplomats gradually became aware that Giuliani was now the fulcrum of the action in US-Ukraine relations.

James Baker, the former FBI general counsel, told CNN’s Wolf Blitzer that any argument that Giuliani was not acting at the behest of the President would not be credible.

“Applying your common sense to that this situation, you would think that of course the President was acting through Giuliani, “Baker said.

” If the use of Giuliani was to create some sort of plausibl e deniability like in Iran-Contra, I don’t think it works, because it just doesn’t make sense. “

The former US envoy to Ukraine, Kurt Volker, said that he told Giuliani his claims that Biden was acting corruptly in Kiev on behalf of his son Hunter were “simply not credible.” There is no evidence to support Trump’s claims that the former vice president or his so did anything wrong in Ukraine.

“I’ve known him a long time, he’s a person of integrity, “Volker said he told Giuliani and his now indicted associate Lev Parnas at breakfast on July 19 at the Trump hotel in Washington.

Volker’s testimony also establishes that Giuliani had a pipeline to Trump in Ukraine matters and was painting a dark picture of new President Vlodymyr Zelensky to the US leader.

“He knows all of these things and they have got some bad people around him,” Volker paraphrased the President as saying, when testifying about what he called the “Giuliani factor.”

Volker also revealed that the Ukrainians knew how to open a direct channel to Trump – through Giuliani.

“The negative narrative which Mr Giuliani was furthering was the problem … it was impeding our ability to build the relationship the way we should be doing,” he said .

Volker was not the only one frustrated.

Then-national security adviser John Bolton saw Giuliani as a “hand grenade” who was “going to blow everybody up,” according to a yet-to-be-released deposition by formertop White House Russia expert Fiona Hill, sources told CNN last month.

Giuliani appears to have been orchestrating the potential quid pro quo that could get Trump impeached.

He insisted that a draft statement that the Ukrainians were preparing to issue at one point about corruption include references to Burisma, the energy giant that employed Hunter Biden, and a 2016 conspiracy theory that Ukrainians and not the Russians i nterfered in the 2016 presidential election .

CNN’s Drew Griffin and Patricia DiCarlo contributed to this story 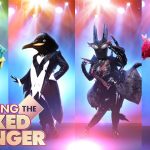 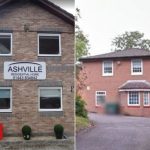