In the next several months, you’ll be able to access more content on your TV and TV-shaped devices than ever before. Apple TV launches this week with aglitzy, high-profile lineup of new shows– Jen! Reese! —And many more to come. In a matter of days, you’ll be able to log on to Disney and kick back with a$ 100 million addition to the (Star Wars) ********************** (universe) as well as a new version ofLady and the Tramp. But we’re just getting warmed up. Next April, NBCUniversal will launch its own streaming service called Peacock with aBattlestar Galacticareboot fromRobot‘s Sam Esmail as well as a reboot ofSaved by the Bell, and it will be followed in May by HBO Max, which announced more than a dozen new series, including along-anticipatedGame of Thronesprequel, this week. If Peak TV is actually going to peak, it’s not happening anytime soon.

The good news is that if you like having new stuff to watch, you will have a lot of new stuff to watch — so much, in fact, that it may take a while to notice that much of it is not that great. The Golden Age of TV, the halcyon period that dates from the premiere ofThe Sopranosin January 1999 , has beendrawing to a closefor a while now, but as the streamers lay out their plans for the 21stcentury’s third decade, it’s increasingly clear that it’s well and truly over.

Like most golden ages, TV’s grew out of a combination of prosperity and uncertainty. TV networks and their ever-conglomerating corporate parents were flush with cash, but viewers were beginning to drift away from scripted programming, and then away from their sets entirely. (Thelast year a fiction series was the most-watched thing on TV was 2003, and even the current top-rated broadcast, NBC’sSunday Night Football, has fewer than two-thirds the viewers of itsturn-of-the-century equivalent.) In the past several years, the explosion of streaming video has sent TV ratings into free fall, but, especially when combined with the huge influx of Silicon Valley cash, it’s also given rise to a period of unprecedented creative freedom, shows whose very existence would have been unimaginable even a decade ago. You want to make a show about a transgender matriarch that’s also aprofound exploration of Jewish identity? Here’s some money. A sitcom about a washed-up TV star who is also a cartoon horse that’s also aportrait of chronic depression? Let’s do this thing. Amusical about a woman struggling with mental illness? Lowest ratings in TV history be damned, four seasons, and not an episode fewer. A series about an aspiring rap manager that’snakedly influenced by surrealism? Another (hours of)Twin Peaks? WhateverSense8was? In a period when no one knows what works, the answer is: Try everything.

But in the past year or so, the dust has started to settle, and the landscape it’s revealed is dispiritingly familiar. There’s Amazon, cancelingI Love DickandOne Mississippias it seals a deal toexpandThe Lord of the Rings. There’s Netflix, cutting offOne Day at a TimeandThe OAas itsigns the creators ofGame of Thrones. As once-insurgent streamers prepare to do battle with traditional media companies armed with several decades of established hits (and no longer willing to license their past glories for anything less than top dollar), they are behaving a lot like the entities they once aimed to disrupt, writing nine-figure checks to big-name talent and licensing all the intellectual property they can get their hands on. The future of streaming is lessTuca & Bertie, more Benioff & Weiss.

By this time next year, most of the world’s largest media companies will have their own streaming networks up and running, and they’ll be aligned with, it not outright owned by, some of its biggest tech companies, most of whom are giving away yearlong subscriptions in order to both pad their numbers and remind viewers who’s really running the show. A year of Apple TV comes free with a new iPhone, AT&T customers who already pay for HBO will get free upgrades to HBO Max, Verizon is giving its top customers a year of Disney , and, though details are still fuzzy, it’s likely there ‘ ll be some kind of synergy between Peacock and Comcast. As these content-creation companies become more integral to the overall strategies of their parent companies, the screws are being tightened. When AT&T acquired HBO, the former’s CEO, John Stankey, proclaimed that the network needed to think in terms of “hours a day, not hours a week, and not hours a month. ”HBO was profitable, but not profitable enough for its new owner, and while its notoriously rigorous development process — you could fill an entire streaming network just with the pilots HBO declined to greenlight — consistently yielded good and often great shows, AT&T wanted the nextGame of Thrones. In fact, everyone wants the nextGame of Thrones, although the fact that a “nextGame of Thrones”has failed to emerge in the eight years since the last one could be a compelling argument thatthe days of that kind of singular, culture-uniting hit are well and truly done. (Never mind that it was that painstaking development process, which included discarding huge chunks of its original $ 10 million pilot, that producedGame of Thronesin the first place.)

Once-insurgent streamers are starting to behave a lot like the entities they aimed todisrupt.

This story is not unique to streaming, or even entertainment. But the handiest analogy is the transformation of Hollywood filmmaking. Studios have wanted hits as long as movies have existed, but as the field has grown more crowded and their audiences more instantaneously global, the studios have put all their money on the same end of the betting table: more franchises, more reboots, more anything with even the vaguest connection to preexisting IP — a TV show, a board game, a piece of used bubble gum, it doesn’t matter as long as the name rings some distant bell in a prospective viewer’s cluttered mind. The strategy is epitomized by the Marvel Cinematic Universe, whoseunprecedented dominancehas transformed the nature of moviemaking in the past 11 years, but now even the MCU is just a piece of amuch larger puzzle, sitting next to all theStar Warsmovies and all the Pixar movies and all the Disney movies and all their infinite possible spinoffs. With their homogenous feel and post-credits teasers, the MCU movies provided an experience akin to watching a sporadic, incredibly expensive TV show. And now that they’ve turned movies into TV, they’re going to help turn TV into the MCU.

There will always be great TV, just like there will always be great movies and great albums and great novels. And some of the lessons learned over the past decade, particularly the decades-late realization that people who are not straight white men occasionally enjoy seeing themselves at the center of a story, look as if they’ll stick for good. (Whatever the limitations of streaming entertainment, it’s a killer app for allowing niche audiences to demonstrate that they’re not so niche after all.) But the anything-goes atmosphere that allowed many of the Golden Age of TV’s highlights is dissipating as the air fills with the sound of money being counted. It’s fitting that one of the last projects HBO realized before it began the march toward Max wasDeadwood: The Movie, which brought a long-delayed end to one of the Golden Age’s most painfully unfinished stories. Set a decade after the original series, it’s the story of a Wild West town that’s grown substantially less wild, a settlement that’s just about settled. It’s a safer and even more profitable place than it used to be, but it’s also less interesting, the characters a little less colorful. It’s still a great place to strike it rich, but it’s no longer exciting. 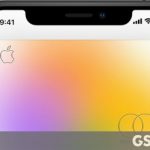 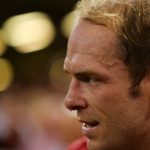