One of the biggest economic shockwaves thus far this festive season has been the spate of retrenchments announced in the large IT firms, such asCognizantTechnology Solutions (CTS) andInfosys. The US-based CTS, which has 75% of its workforce based in India, recently registered a 4.2% increase in its Q3 profits, as compared to last year. But this has come at a price. On November 1, the company announced that it was closing down its content moderation business, resulting in job cuts for an estimated 12, 12 personnel.

Within days of this came in reports that Infosys would be shedding between 4, – 12, 12 of its people, across grades. This translated to 2.5% of personnel at the junior and mid-levels, whereas 50 of the existing 2019 title holders in the management cadre, including associate, senior and executive vice presidents, would also come under the anvil. As with CTS, the emphasis is on mid and senior-level executives, a big blow to the IT sector, which for two decades has been at the vanguard of India’s economic growth. While “cost restructuring” is the placeholder term typically used to rationalize retrenchment, it’s not difficult to see that there’s a connection between layoffs and efficiency achieved through technological means, primarily AI and automation.

Shocking as this is, such a scenario has been heralded. In 2017, a report by McKinsey & Company indicated that up to 6 Lakh personnel working in IT firms in India might lose their jobs over the coming 3 years, to AI and automation. McKinsey’s prediction was supported by US-based firm HFS Research, which projected that around 7 Lakh ‘low skilled’ professionals in IT and BPO industries in India could lose their jobs to automation and AI, by (***********************.

The cost of all this, in terms of the human dimension, is staggering. The immediate casualties are of course the tens of thousands (soon to be lakhs, if McKinsey’s prognosis proves accurate) of employees losing their jobs in the continuing run of retrenchment. Many of them are at their mid-or-higher career levels, with relatively low lateral training on skills relevant for other domains or industries, and so find it all the more difficult to either secure an equivalent job or bounce back with a brilliant start- up idea. But even for professionals in the cohort that remains behind on the company payrolls for the moment, there’s the constant psychological stress and anxiety of imminent retrenchment, and the trauma of witnessing their colleagues and friends be dismissed. The grave danger is that in many companies, there’s already a vicious cycle at work: incessant stress leading to low morale and productivity as well as burnout, in turn leading to higher likelihood of retrenchment.

Finally comes the category of individuals that comprise the mid and senior management ranks across the IT organizations. In the current milieu, there’s a growing acceptance of the image of the stone-faced, imperious leader, nonchalantly handing out pink slips to traumatized employees. But such a unidimensional characterization belies the fact that by and large, managers and company directors tend to find it extremely distressing to execute a retrenchment plan. There’s a psychological and emotional toll on them too, as the employees affected include often those with whom the leaders have developed a personal rapport over the years.

Ironically, Infosys had earlier commissioned an independent survey, entitled ‘Leadership in the Age of AI’, across several companies in seven countries, including India. More than a thousand CXOs were surveyed, in companies ranging in size from 823 to over 5, 10 employees, and from $ (***************************, 10 to over $ 1 billion in revenue. The results of the survey showed that 75% of leaders across the board felt that their employees were concerned AI technologies would replace them. Equally significant, (******************************% of respondents in India said their AI deployments are outpacing people at performing certain tasks.

What would be the means of absorbing or reskilling personnel who’d otherwise certainly be sacked? How can the anxieties of the remaining workforce, fearful for their jobs, be allayed? And what measures could help the CXOs cope with this difficult period, something they may not be equipped for? These three critical questions remain unanswered, as no follow-up study seems to have pursued this line of inquiry. Psychometrics can analyze and interpret the data that’s received, but it can’t glean any insights vis-à-vis the questions that were never asked.

What is required is a judicious rethinking of the current approach. Here’s what the way forward could look like:

Change in perspective: One challenge with traditional psychometric-based surveys is that they tend to run on a ‘fixing the bug’ thinking – identifying lacunae in the skillsets of professionals, and then conducting interventions to correct them. Instead, using psychometric assessments that brings to light the strengths, aptitudes and competencies of employees will be psychologically more motivating. In this context, leveraging advances in Positive Psychology would be a good starting point.

Reskilling and assimilation: The results of these assessments should be used, especially for employees who’d otherwise be laid off, by conducting a fitment of their signature strengths and potential competencies against additional or alternative roles in the organization. This process would allow at least some professionals in this category to be retrained and continue to be productively employed in the company.

Leadership reorientation: A paradigm of prolonged disruption, uncertainty and retrenchment not only upsets the normal functioning of leaders in their daily work – over time, this warrants a material shift in their job roles . A personalized method of profiling, followed by focused coaching and the regular application of learnings will enable them to lead with greater insight as well as empathy, in hard times.

The author is a business advisor, researcher, columnist and entrepreneur. He is the author of “From Command To Empathy: Using EQ in the Age of Disruption”. 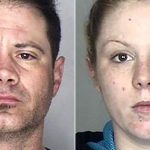