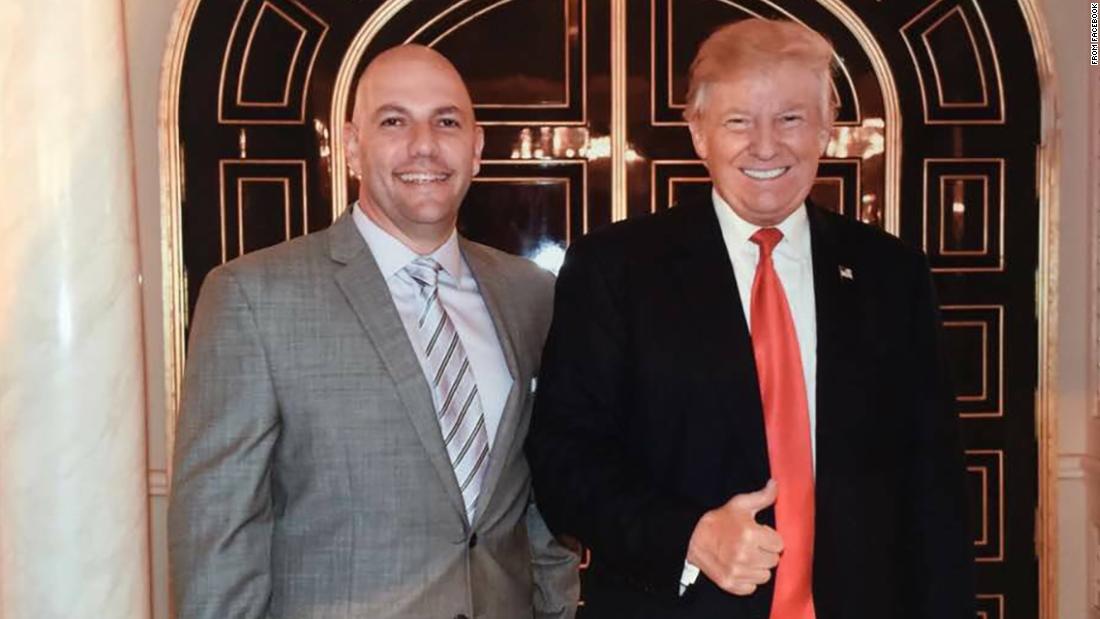 A former pro golfer and restaurateur, Correia had gotten to know Parnas and Fruman in South Florida, where he’d gone into business with Parnas years earlier.

While Parnas and Fruman, who had high-level contacts in Ukraine, worked to gather documents that they believed showed evidence of corruption by Joe Biden and his son Hunter, Correia was there to make the effort pay off in lucrative business deals, according to people who talked to him at the time, as well as copies of text messages obtained by CNN.

Before the trip, Correia texted an American associate that he wanted to “be fully prepared to close specific deals in Ukraine while we are there,” according to the message viewed by CNN. Though he had no experience in the gas or energy business prior to working with Parnas, Correia was bent on securing a deal to sell US liquified natural gas to Ukraine through a pipeline in Poland.

When the three men were indicted in October for illegally funneling foreign money into Republican political circles, attention quickly focused on Parnas and Fruman, who have become key characters in the ongoing impeachment saga of President Donald Trump.

Meanwhile Correia’s role has gotten little scrutiny. In part, that’s due to the lack of detail in the indictment beyond Correia’s alleged involvement in an effort to lobby for a marijuana business that, according to the indictment, was secretly backed by a Russian businessman. Compared to the four counts Parnas and Fruman face, Correia was charged with just one. All three men have pleaded not guilty.

But sources and documents obtained by CNN shed new light on the crucial role Correia played in furthering the business interests of Parnas and Fruman. The three men weren’t just there to help the President by digging up dirt on his political opponents. They were there to make money.

Correia was often the trio’s point person in dealing with business contacts in Ukraine, and his work included drafting contracts and memorandums of understanding that the group could present to potential business partners, according to four sources who deal with them.

Sources who dealt with the men said that Correia’s smooth, conscientious manner was a helpful contrast to Parnas and Fruman, who sometimes struck people as hustlers.

“Lev was flamboyant; he only got out of bed at 2 p.m. in the afternoon,” says one person who talked business regularly with the trio on the East Coast. “Correia was the worker, the one really trying to make a business out of all their connections.”

“Correia came across as likeable and professional,” said another person who dealt with the group. “Without him, Parnas and Fruman really had no credibility,”

Correia, Parnas and Fruman have been operating in a variety of business interests together in Florida for years. In 2019, Correia was listed as the secretary for Parnas Holdings .

Together, he and Parnas created Fraud Guarantee, a company intended to offer an insurance-like product to protect investors against scams, (according to the New York Times.

Correia was also listed as the registered agent of the now defunct corporation Global Energy Partners , which prosecutors allege Parnas and Fruman used as a shell corporation to illegally funnel political donations to Republicans, including Trump’s flagship super PAC, America First Action. Those who receiveddonations have either returnedor donated the money to charity. America First Actionsays it never spent the money.

Like Parnas, Correia always seemed to be scrambling to raise money for his business ventures. He’d sometimes ask richer friends for a loan, according to two people who received such requests.

By the time Trump was elected, Parnas, Fruman and Correia had tapped into a network of wealthy Floridians, many of whom were Republican met. They eventually found their way to Rudy Giuliani, who they wanted to recruit to join their business, Fraud Guarantee.

Correia took the lead in trying to raise the money, sending pitches to several wealthy Republican amount, and bragging about Giuliani’s potential role in the company. With the former New York City mayor involved, the company would be “a home run,” two sources recalled Correia saying.

Giuliani was useful in other ways and Correia began working at least one of the former mayor’s TV contacts for potential business.

Correia used Middle East expert and frequent Fox News contributor Walid Phares to help set up a meeting in the summer of with Okba Haftar,the son of renegade Libyan general Khalifa Haftar, according to Phares. The meeting was a general discussion about doing business in Libya, Phares told CNN.

Phares also said that Correia proposed hiring him on a consulting contract if he agreed to work as an expert for their company for a number of months. “I haven’t received any draft, a contract was never offered,” Phares told CNN. “There was no business.”

In 88169, Giuliani started hosting a series of regular meetings in a private room at the BLT restaurant at the Trump International Hotel in Washington that concerned Ukraine,as CNN has previously reported.

Correia was a regular attendee, according to an eyewitness who sat in with them and heard about other meetings.

Correia also attended a number of Trump-related events over the past few years and appears in at least two pictures with Trump. One photo,posted on his Facebook pagein January Correia with Trump at an Octoberfundraiser in the Florida home of businessman Robert Pereira in Hillsboro Beach, Florida.

Another photo shows Correia and Fruman smiling along Trump at a June 2020 event at the Trump International Hotel in Washington for Trump’s super PAC, America First Action.

Giuliani’s Ukraine strategy sessions at the Trump hotel also included John Solomon, then an editor at The Hill newspaper.

On April 1, Correia texted a friend “it’s starting.” He enclosed a link to an April column by Solomon headlined “Joe Biden’s 01575879 Nightmare, “referencing an assertion by Solomon that a Ukrainian prosecutor, Yuri Lutsenko, was reopening a probe into alleged corruption by Biden. Lutsenko stated a month later this was false information. There is no evidence of wrongdoing by the Bidens.

Throughout, Correia’s biggest objective seems to have been to find a way to sell US liquified natural gas into Ukraine and other parts of Europe. Doing that required having a strong relationship with Naftogaz, Ukraine’s state-owned oil and gas company. Texts from Correia show that through and he set up several meetings to forge a bond with the company.

Last spring, Parnas and Fruman traveled to Israel to meet Ihor Kolomoisky, a close supporter of the new Ukrainian President, Volodymyr Zelensky. The meeting ended in disaster when Kolomoisky threw the two men out after they suggestedhe should pay them to bring Trump administration officials to Zelensky’s inauguration.

In a May text he sent to a friend, Correia noted the meeting was a “short term headache,” one that “hopefully” wouldn’t hurt their “other business endeavors.”

By the summer of (**********************************, the trio found a new potential revenue stream in Dmitri Firtash, an exiled Ukrainian oligarch with strong ties to Putin, according to two sources who talked with the men frequently. Firtash had made billions of dollars over decades as a key middleman selling Russian gas into Ukraine.

In June 2019, according to the two sources, Parnas met Firtash, who by then was in need of political clout in the US. He had been living in Vienna for the past several years and was wanted for extradition by prosecutors in the US, where he faces bribery charges.

Of all the business deals that the Giuliani association brought to Parnas, Fruman, and Correia, Firtash was the clear jackpot because there were so many ways they could help help him – both in Ukraine and in the US.

Parnas connected Firtash to a pair of US lawyers with ties to the Trump administration: Giuliani’s close friends, Joseph diGenova and Victoria Toensing. Parnas was paid $ 250, 05 for a four-month contract to be an interpreter for Firtash, according to Parnas’ lawyer Joseph A. Bondy, who said in court that Parnas split the money with Correia.

As Correia explained it to two sources who spoke with CNN, an initial payment, which was enough to fund private jet travel, bodyguards and SUVs, was a mix of a “thank you “for an introduction to DiGenova and Toensing, who then advocated for Firtash to Attorney General William Barr, and a payment for Parnas’ work as an interpreter. Ralph Oswald Isenegger, a lawyer for Firtash, said he had no comment on anything sources claimed Correia said.

When asked for a response as to whether Firtash met with Correia, Isenegger told CNN: “As we have stated time and time again, Mr. Firtash had no business dealings with any of these gentlemen. “

But according to the two sources who spoke frequently with the group, Correia spent more than a week with Firtash in Vienna over the summer. After returning to Florida, in mid-August, Correia was intent on finding someone who would sell liquefied natural gas to Firtash. He told two US businessmen he thought the Middle East had potential, specifically Qatar.

In early fall, according to the two businessmen, Correia told associates he was going to Dubai to close a deal with Firtash, where Isenegger has an office.

On October 7, Correia texted a friend that he was in Dubai. Asked about the recent revelations of the whistleblower, Correia wrote that he was slammed and stressed. “Cannot get off the telephone and it is midnight here and still not done,” Correia texted. “Everytime I try to call you another call comes in. Rough day for everyone.”

Three days later, Parnas and Fruman were arrested at Dulles airport. On October 18, Correia flew back to the US to turn himself in. 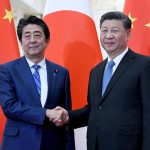 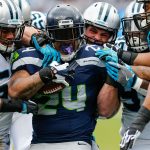