NEW DELHI: Prime Minister Narendra Modi ‘s social media accounts buzzed on Sunday with stories of empowerment as seven women achievers steered the discourse, taking millions of his followers on Twitter, Instagram and Facebook through their empowering journey of overcoming the odds to emerge as changemakers.
To mark International Women’s Day, the PM signed off from all his social media accounts and handed them over to the women achievers for the day.

You heard of food for thought. Now, it is time for action and a better future for our poor. Hello, I am… https://t.co/p7v7LpNaFc— Narendra Modi (@narendramodi)

The women articulated their views on subjects as diverse as hunger, sanitation, sustainable development for water conservation, disability and inclusion, and financial empowerment by building capacity of women in traditional crafts and farming. Apart from the large number of likes, shares and comments, some of the achievers who are on social media accounts witnessed a steep rise in the number of followers.

Acceptance is the greatest reward we can give to ourselves. We can’t control our lives but we surely can control ou … https://t.co/f2RHQXPPmh— Narendra Modi (@narendramodi) 1583652957000 The seven achievers included Food Bank India founder Sneha Mohandoss , bomb blast survivor and disability rights activist Malvika Iyer, young entrepreneur Arifa Jan who works with women artisans to revive traditional crafts in Kashmir, water champion Kalpana Ramesh who Use sustainable design to combat water shortage, Vijaya Pawar who has been working for two decades to promote handicrafts of Banjara women in Maharashtra, Kalavati Devi of Kanpur who collected money to build toilets and Veena Devi of Munger in Bihar who started mushroom farming from her home.

Arifa Jan, Veena Devi and Kalavati Devi were also conferred with the Nari Shakti Puraskar by President Ram Nath Kovind on Sunday.
In the morning, Modi took to Twitter to say, “India has outstanding woman achievers in all parts of the nation. These women have done great work in a wide range of sectors. Their struggles and aspirations motivate millions. Let us keep celebrating the achievements of such women and learning from them. ”

Be a warrior but of a different kind! Be a water warrior. Have you ever thought about water scarcity? Each one of… https://t.co/biSafQOBvt — Narendra Modi (@narendramodi)

He also greeted everyone on International Women’s Day. “We salute the spirit and accomplishments of our Nari Shakti. As I’d said a few days ago, I’m signing off. Through the day, seven women achievers will share their life journeys and perhaps interact with you through my social media accounts, ”he tweeted.
Mohandoss from Food Bank India was the first to tweet. “You heard of food for thought. Now, it is time for action and a better future for our poor. We have over 32 chapters and have impacted several people with our work. We also initiated activities like mass cooking, cooking marathons, breast feeding awareness drives, ”the Chennai-based Mohandoss tweeted.

You have heard about handicrafts from different parts of India. My fellow Indians, I present to you handicrafts of … https://t.co/6kPyyz2TNk Narendra Modi (@narendramodi)

Iyer said she survived a bomb blast at the age of 13 which blew off her hands and severely damaged her legs. “I worked and went on to do a PhD. Giving up is never an option, ”she tweeted. She highlight how education was indispensable for change. “We need to show people with disabilities as role models instead of showing them as weak and dependent,” she said. Iyer also spoke of accessibility and the need to focus on invisible disabilities like mental illness.
Arifa Jan from Kashmir tweeted, “I always dreamt of reviving the traditional crafts of Kashmir because this is a means to empower local women. I saw the condition of women artisans and so I began working to revive Numdha craft. ”
Ramesh from Hyderabad narrated her story of coping with constant water shortage and dependence on tankers to using her knowledge of architecture to create a sustainable home first and then help society to save water through sustainable design solutions. “Small efforts can make a big impact. Water is a valuable inheritance. Let us not deprive our next generations, ”she tweeted and called upon people to be“ water warriors ”.
Pawar tweeted, “You have heard about handicrafts from different parts of India. My fellow Indians, I present to you handicrafts of the Banjara community in rural Maharashtra. I have been working on this for the last two decades and have been assisted by a thousand more women. ”
Kalavati Devi from Sitapur, a mason, constructed over 4, toilets in villages of Kanpur. She said she went from house to house for contributions and asked people to join in building toilets and cleaning up their neighborhoods.
Veena Devi, known as ‘Mushroom Mahila’ for popularizing mushroom cultivation, said she started in a small way from her house. Today, she is credited with having generated self-employment among rural women. 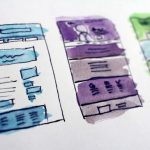 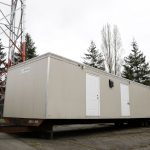