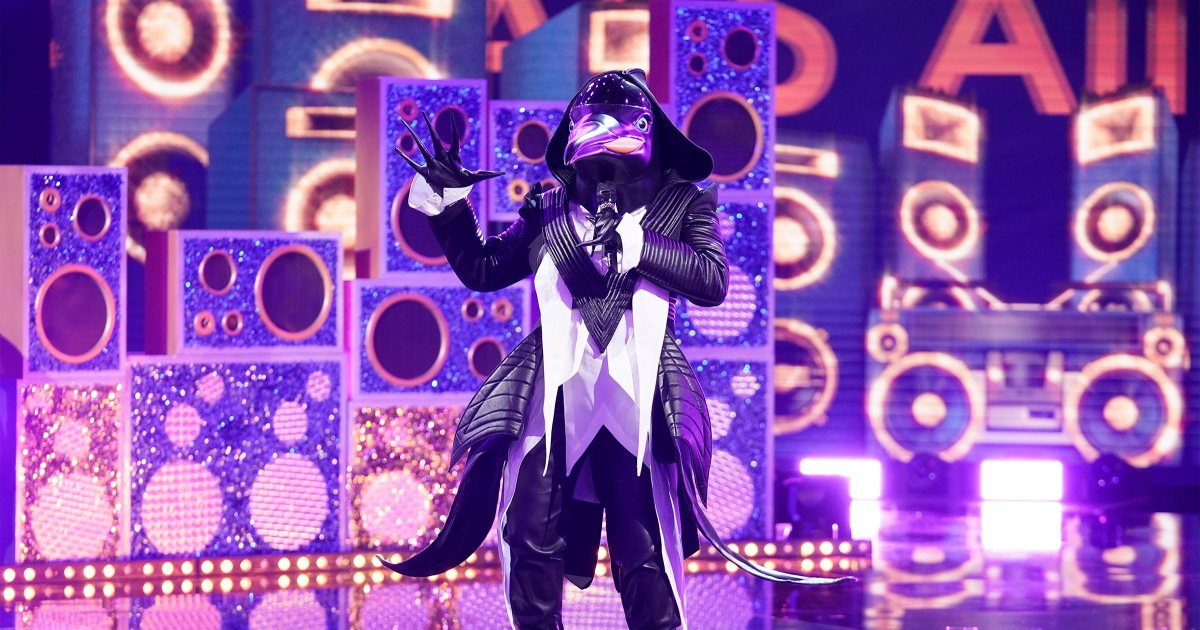 There was no outsmarting that dangJenny McCarthy. Sherri Shepherd- a.k.a. The Penguin – knew it would be tough to try to fool her old pal fromThe Viewby competing onThe Masked Singer.Here, the actress / television personality talks about how her walk made it easy for folks to guess her identity, and how relieved she was that the judges assumed she was white.

ENTERTAINMENT WEEKLY: Did you immediately worry about doing this, knowing that Jenny McCarthy was sitting up there and would probably recognize your voice?
SHERRI SHEPHERD:Yes, because Jenny knows me so well. Once I found out I was on it, I had to go to New York and take a whole bunch of pictures and video of me ’cause I knew Jenny was going to be like, “Where are you at?” So I took these videos like, “Hey, daddy grew up in New York, look at me!” I did like a bunch of pictures going, “Here’s me in my hotel, girl.” I had those on lock because Jenny texted me. Like when I was getting ready [to go on atMasked Singer], she’s like, “Where are you?” And I said, “Girl, I told you I’m in New York. Stop bothering me cause I’m doing publicity in New York for my show. ”So on stage, I was trying not to do any of Sherri’s movements cause Jenny knows me. “Hey, you guys, autotune me some more!” She thought she had it… So many people were literally like “Sherri ,, if that’s not you, you need to sue somebody ’cause they just stole your walk.” And I said “Damnit!” Every time I usually come out I do a salsa. You know how hard it was, not to salsa? I had to fight for my life the first week. I was twerking and dropping it like it was hot cause I wanted to stay. I was pulling out all the moves.

They dropped your name in the first season as a possible masked singer!
They thought that I was the Raven and theRaven was Ricki Lake. Jenny teared up over Ricki Lake’s clues. I was watching it with my son and was like, this girl. No matter how much I told her I was sitting at home, watching the show, she thought it was me. That’s why I thought that would be so much fun to do.

Did you think about trying to change your singing voice a little bit?
First of all, I didn’t even think about all that. The daggone choreography and the mask and trying to fit it over my wig. I mean, there were so many layers of stuff. I forgot. And then you got to breathe. I didn’t know you had to breathe. I tried to change my voice. I had this Southern kind of English-Puerto Rican-Jamaican accent. It went out the window once I realized, okay, I’ma pass out, I can’t breathe.

“The Middle”was such a great song for you because it was a great little clue about your life. Did you choose that song?
No, they chose it. I wanted to do Lizzo.

Who around you signed confidentiality agreements? Who did you tell?
I couldn’t tell anybody. Like, I had to wear gloves and socks cause they didn’t want anybody to know I was black. I had to do two snaps in a circle just to let you know this black girl walked through the hallway. I couldn’t say nothing. I’ve got these torn up jeans that I had to put sweatpants over. They didn’t want anybody to even have a clue. And you know how hard that is for me, ’cause I love talking. I’ve got a sweatshirt on that says “Don’t talk to me.” I talk for a living! Y’all are shutting down my spirit.

When you were standing on stage in that costume, could you see the panel?
No. The only thing that I could see was feet. In order to see, I would have had to have lifted my head up and then you wouldn’t have been able to see the penguin costume. So all I could see was the floor and Nick Cannon’s feet. I said, I ain’t going to try to grab his booty ’cause I didn’t know where it was.

I’m sure you’re watching the episodes every week, just like the rest of us. Were you able to guess those who have already been eliminated?
No!Laila Aliis a dear friend of mine and I did not know that was her! This girl has cooked for me and I did not know it was her. I called her and was like, “Girl, really?” Now she’s gonna call me and curse me out.

Celebs compete in this crazy reality-singing TV show while wearing elaborate costumes to conceal their identities. Can you guess the celebrity behind the mask? 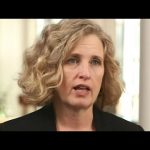