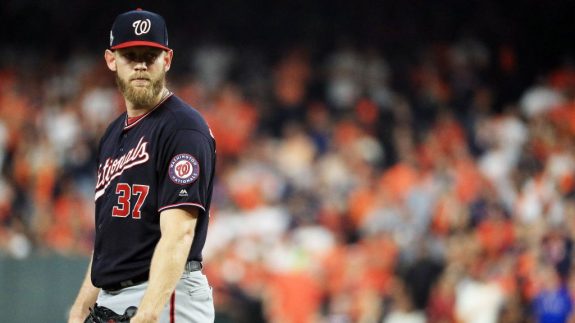 The Nationals ended a 95 – year World Series drought in Washington, DC, by employing a different type of road map than that of most MLB champions this century. The blueprint? Consolidate dollars and postseason innings into the best pitchers you can sign.

As free agencygets underway, there are elite arms available, including two main cogs of the World Series rotations: Gerrit Cole, most recently of the Houston Astros, and postseason star Stephen Strasburg, whoopted out of his contractwith the Nationals. Rival clubs could easily copy Washington’s plan this winter – it would just be expensive.

Whilemost World Series winnersthis century committed between 10 and 16 percent of total payroll to their top-paid player, the Nationals spent 19. 4 percent of their $ 197 million payroll (the league’sfifth largest) on Strasburg ($ 38. 33 million).1This is the highest share of dollars spent on one player by a World Series-winning club since the 2003 Miami Marlins gave 22 .2 percent of its payroll to Iván Rodríguez, according to FiveThirtyEight analysis ofCot’s Baseball Contracts database.

The Nats’ second highest-paid player, another ace in Max Scherzer, was signed to athen-record free agent deal (in) . He isn’t far behind Strasburg, earning $ 37 .4 million this year. In total, the $ 75 .7 million the Nats spent on their two aces represents 38 .4 percent of the team’s payroll . Add inGame 7-winning pitcherPatrick Corbin ($ 12 .9 million), whom the team turned to last winter after beingspurned by Bryce Harper, and the Nationals spent 44 .9 percent of their payroll on three pitchers.

The nature of play changes in baseball’s postseason. With more off days and more urgency, teams canspread work around by going to the bullpenor electing to concentrate more innings in fewer arms. The five Nationals pitchers with the heaviest workloads, in terms of innings pitched this season, accounted for 57 .5 percent of regular-season innings and 70 .3 percent of Washington’s postseason innings – the greatest share among teams in the postseason, and way beyond the MLB average in recent years. That group included rotation stalwarts in Scherzer, Strasburg, Corbin and Aníbal Sánchez.

Many teamshave moved awayfrom concentrating significant portions of payroll in one player, perhaps because of injury risks or the decline in performanceoften witnessed in 30 – something free agents. But the Nationals bet on consolidating their resources in established, experienced players – the pitching staff is tied asthe second- oldest in baseball– and it paid off. (Though it obviously helped to have a young star like Juan Soto delivering4.8 wins above replacementon a salary ofjust $ 578, 300)

So will other teams follow Washington’s lead and pay more for top players? Those that are serious about winning may be ready to reconsider spending more. The correlation between payroll and winning this season was the seventh strongest since 1984, according to salary data from Baseball-Reference.com.

Notable pitcherswho will hit the market this offseason include Madison Bumgarner, Hyun-Jin Ryu, Dallas Keuchel and Zack Wheeler. But the biggest by far is Cole, who seems ready to test the open market. Instead of wearing a Houston Astros cap after the Game 7 loss, Cole spoke to reporters while sporting a hat from the Boras Corporation, which represents him.

Gerrit Cole, an impending free agent, was resistant to talk after Game 7.

“I’m not an employee of the team,” he said to an Astros spokesperson. “I guess as a representative of myself…” Then he spoke.

There could actually be a bidding war for Cole’s services, something that has beenlacking in recent offseasons. Cole, 29,developed into an acein Houston, coming off a season of 326 strikeouts and 7.4 WAR. He figures to have a chance to set the record for a free agent pitching contract, potentially besting the$ 217 million contractDavid Price received from the Boston Red Sox after the 2015 season. Scherzer and Zack Greinke, Houston’s Game 7 starter, are the only other pitchers to have exceeded $ 200 million deals in free agency.2

Strasburg could be close behind Cole in terms of top-dollar contracts. The San Diego Padres are reportedly considering making an offer tothe Southern California native, who has been theeighth most valuable pitcher in baseballsince his debut in 2010.

It remains to be seen if clubs like the pitching-needy Padres will try to follow the Nats ’consolidation plan. It can work – but it could cost them. 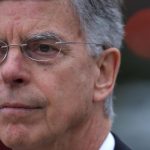 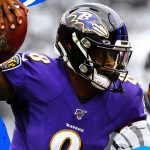