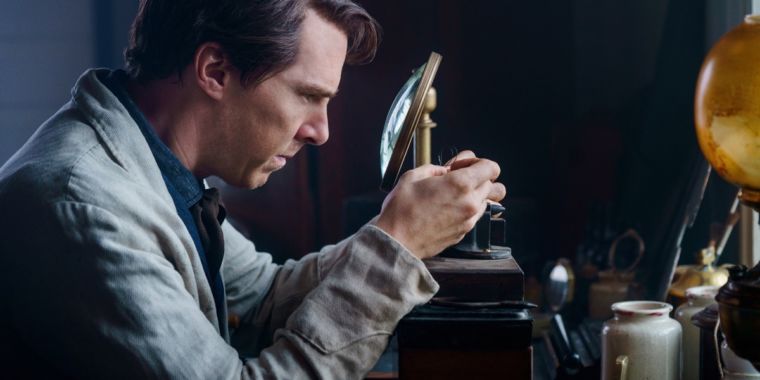 Before Macs vs. PCs, beforeElon Muskand Jeff Bezos struggled for dominance in building reusable rockets, there was the late 19 th century battle to determine whether direct current (DC) or alternating current (AC) technology would ultimately bring electricity to the world at large. That fascinating period of history has been brought to vivid life inThe Current War: Director’s Cut.This may be well-worn territory for hardcore fans of science history, but plenty of people have never heard of the so-called “war of the currents, “and DirectorAlfonso Gomez-Rejon(Me and Earl and the Dying Girlhas put his own fresh stamp on the saga.

(Some spoilers below, especially for those unfamiliar with the history.)

The Current Waris a fictionalized account of the historical rivalry between Thomas Edison (Benedict Cumberbatch) and George Westinghouse (Michael Shannon) to bring electricity to the masses. Hundreds of central power stations were cropping up across America, each using different combinations of circuits and equipment. Edison’s Pearl Street generating station in Manhattan supplied DC power to a few hundred mansions of wealthy New Yorkers, as well as a smattering of mills, factories, and theaters in the city.

Westinghouseespoused AC, with more than 30 plants in operation by 1887. DC current had the Edison name and associated influence behind it, but AC current was cheaper. It could travel farther, supplying electricity to homes across a wider area than DC, and hence Westinghouse’s approach required less copper wire and fewer generating stations. The potential payoff for the victor was enormous, so it’s a small wonder the battle to dominate this fledgling market got very ugly. In his thoughtful, artfully shot film, Gomez-Rejon showcases the all-too-human foibles as well as the strengths of the central characters, emphasizing their very different styles and philosophies to bring out the tension between ego, ambition, and humility.

“I was fascinated by this rivalry to create the modern world,” Gomez-Rejon told Ars. “This is a movie about the original disruptors. It was a mesmerizing opportunity to make a period film that is as much about the future as it is about the past.”

Have I heard this one before?

Produced by Martin Scorsese, an earlier cut ofThe Current Warwas financed by the Weinstein Company. That version premiered in 2017 at the Toronto Film Festival (TIFF), but then Harvey Weinstein wascredibly accusedof sexual abuse and stepped down from the company.The Current Warwas shelvedand eventually sold off when the company declared bankruptcy. That stalemate was quite the blow to Gomez-Rejon, who was already frustrated with Weinstein’s heavy-handed interference in shifting the director’s original vision. He also felt a rush to present this film at TIFF even though Gomez-Rejon knew it wasn’t ready. Hetold Deadline Hollywoodrecently that this period comprised “some of the darkest moments of my life.”

It didn’t help that Weinstein’s version did not fare well at TIFF, and Gomez-Rejon feared his career as a director might be over before it had really begun. Ultimately the story seemed too captivating: the film landedwith 101 Studios, Scorsese helped him get back the rights, and producer Timur Bekmambetov funded reshoots with key cast members so Gomez-Rejon could complete the film as he originally intended. To ensure this new version had a fighting chance — and wouldn’t suffer from the negative reviews of the earlier version (which has a critics’ score of 31% on Rotten Tomatoes) —its official title isThe Current War: Director’s Cut.

Thefirst trailer for the director’s cut droppedin June. One of the chief criticisms of the Weinstein cut was that it felt bloated and overlong, with sluggish pacing. The director’s cut is ten minutes shorter and has been re-edited substantially to improve the narrative rhythm. And even though the film is shorter, there are five new scenes from the original shoot in London, as well as extra scenes from the reshoot. These scenes better develop Edison’s relationship with his wife, Mary, as well as the character of Serbian inventor Nikola Tesla (played by Nicholas Hoult in the film) —notably, how Tesla got royally screwed by investors when he established his arc lighting manufacturing company in 1886. The investors fired him and retained control of his patents, leaving the inventor penniless. Fortunately, Westinghouse heard about Tesla’s novel designs for AC motors and transformers, and he brought the young man on board.

The historical “war of the currents“is often presented as a rivalry between Edison and Tesla. In reality, Tesla’s role was initially fairly minor, although it was his genius that ultimately helped Westinghouse snag the contract in 1893 to provide electricity to light up the so- called “White City” —the centerpiece of theColumbian Exposition‘s World of Tomorrow exhibit in Chicago. That successful demonstration was sufficient to give the current war victory to Westinghouse and Tesla.

The film gets many of the historical details right. But this is not a documentary, and adhering too closely to historical fact can ultimately sink this kind of creative re-imagining. “You have to make choices in order to make a movie that is something more than just reproducing the past,” Gomez-Rejon told Ars. “This is about interpreting a moment in time. It’s about the bigger questions and themes, not about getting everything accurate.” That said, the director and his team clearly did a great deal of research, and that effort is reflected in the finished product.

For instance, Edison’s propaganda machine did indeed pump out hundreds of flyers and pamphlets on the dangers of alternating current, even electrocuting animals in front of newspaper reporters. He called this being “Westinghoused.” There really was a collusion with electrical engineer Harold P. Brown to make sure a Westinghouse AC generator was used in the first electric chair, and the collusion was exposed after the theft of 45 letters from Brown’s office. The film presents these as letters from Edison providing technical advice on the design of the chair, preserved rather than destroyed (as he requested) because of Edison’s fame.In reality, the correspondence was more varied and little of it involved Edison directly, but the amalgamation makes for a stronger narrative here.

“This is a movie about the original disruptors.”

Likewise, Gomez-Rejon’s version significantly improves the presentation of the science behind the technology, which was clumsier and more in the vein of lecturing the audience in the Weinstein cut. The director didn’t want to “spoon-feed” the audience, so he sought to provide just enough information to ground them in what is happening — but not to get so bogged down in the technical details that it disrupted the narrative flow. “There were [earlier] versions of the movie that had a lot of information, and it was just confusing,” he said. “There’s a fine line in giving an audience enough to latch onto, before it becomes distracting and then they are not paying attention to the emotions.”

Historically, Westinghouse may have won the war of the currents, but Edison quickly moved on to his next passion project : the kinetograph (an early motion picture camera) and theKinetoscope(to exhibit those motion pictures),essentially launchingthe film industry with his establishment of Edison Studios in

Gomez-Rejon found a lovely way to reflect this arguably win-win outcome via a new framing device at the start and close of the film. Edison’s wife, Mary, has died and left him a message on his phonograph, saying how much she’d like to see Niagara Falls when it is frozen over. Niagara Falls is where the couple honeymooned. It’s also the site where Tesla and Westinghouse built their first AC power station. The scenes show Edison and an assistant taking the kinetograph to the falls in the dead of winter and capturing their frozen glory on film to honor Mary.

“He’s able to record a memory in that moment, and also he just trapped the beast again” said Gomez -Rejon. “There is nature trapped in a box, yet again. He lost Niagara [in the war of the currents] but he just took it back. He’s off to the future, still defying nature, taming the elusive by preserving it in light and sound.”

The Current War: Director’s Cutis in theaters starting this weekend. 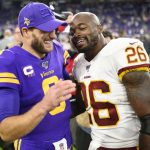 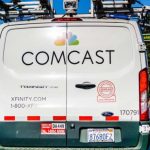