The price of Bitcoin is skyrocketing. Here’s why 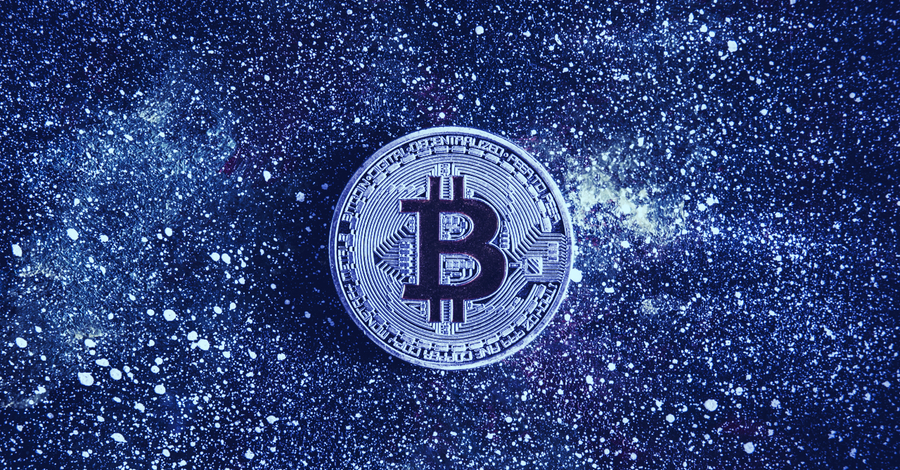 Bitcoin is up 15 percent on the day as we approach the halving. And though it’s outperforming stocks today, it’s still correlated with the S&P 500.

Crypto investors woke up today to a perky Bitcoin price. But for some, that enthusiasm might be tempered by the fact that Bitcoin continues to track other major assets, such as traditional stocks.

At the moment, Bitcoin has rallied all the way up to $8,800, a 15% climb from yesterday. This positive price action comes after an impressive April comeback from Bitcoin’s March 12 crash, when the price cratered to just below $4,000.

With the Bitcoin halving a mere 12 days away, which is due to slow down the rate at which new Bitcoins enter the market, this price action could be seen as a run-up to “price in” the halving.

However, the price of Bitcoin today is rising alongside other assets in the traditional markets, even if it’s currently outpacing them. This is perhaps best signified by Bitcoin’s correlation with the S&P 500, the benchmark index for the US economy.

For the first time since the Black Thursday market crash, Bitcoin today outperformed the S&P 500. Bitcoin’s price gain has succeeded the S&P’s own by a factor of seven.

In March, we saw Bitcoin’s price plunge alongside almost every other major asset as traders the world over rushed for cash. Edward Moya, the Chief Market Strategist at trading broker OANDA, told Decrypt that Bitcoin’s correlation with the stock market probably won’t go away any time soon, especially as central banks and governments continue to move monetary and fiscal mountains.

“Global fiscal and monetary stimulus over the past month have done wonders for risky assets and global equities,” he said. “The correlation between Bitcoin and the S&P 500 is likely to remain elevated as central banks worldwide are still poised to deliver another massive round of stimulus. Bitcoin’s coronavirus plunge also saw seller exhaustion precede the S&P 500 Index March 23rd bottom.”

Moya added that he believes Bitcoin will continue to be closely watched on Wall Street. Moya said that “any growing signs of concern for the economic recovery could be reflected first with cryptocurrencies. A scramble for cash would likely see Bitcoin be one of the first risky assets that gets sold.”

One of Bitcoin’s core narratives, its perception as “digital gold,” anticipates that Bitcoin will act like an uncorrelated, safe haven asset in times of macro instability. So far, that thesis is having trouble since, in the age of interconnected, global markets, a rising tide lifts all boats—just like a lowering tide can run them aground.

Right now, Bitcoin is rising with the tide, but with the halving fast approaching, we might see it chart its own course soon enough. Until then, though, Bitcoiners will have to be content with the fact that, at least at the onset of this crisis, Bitcoin’s number will go up right along with legacy investments like stocks.

Previous Fortnite’s “Party Royale” mode ditches the guns, asks players to “chill”, Ars Technica
Next Another Bitcoin halving is coming, but this one is different