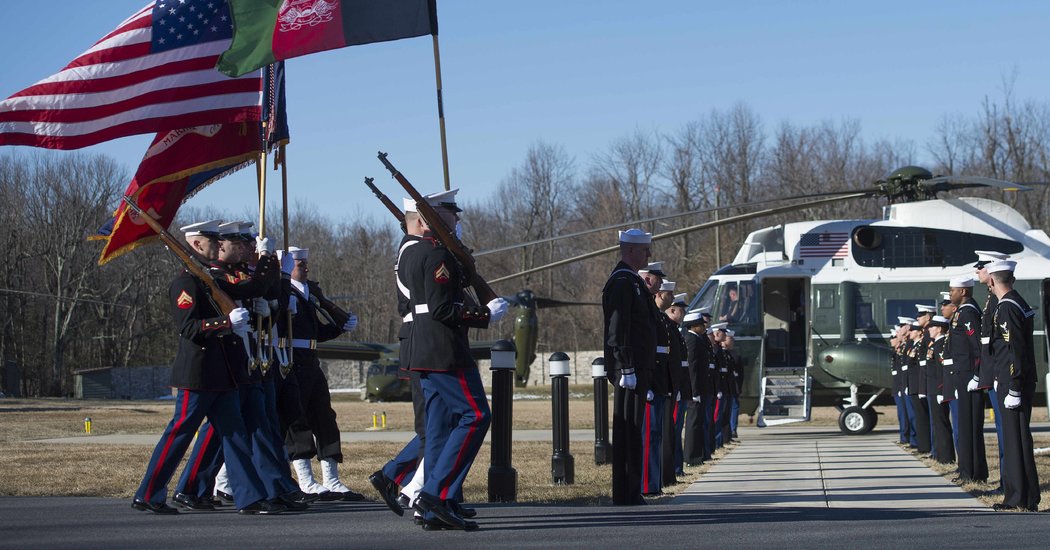 WASHINGTON – Since President Trump called Camp David “very rustic” – it wasnot a compliment– at the dawn of his presidency, the storied retreat in the Catoctin Mountains of Maryland has gone from an overlooked weekend option to yet another stage he has tried to use for maximum presidential effect.

For visiting foreign leaders – the ones he likes, anyway – there is Mar-a-Lago, the palatial Palm Beach, Fla., resort where Mr. Trump spends his winter weekends. When he wants to deliver a speech or major policy announcement, Mr. Trump likes the look (and the natural lighting) of theRose Garden. When he wants to address the press, he paces about the South Lawn, bickering with reporters before boarding Marine One.

This is what Mr. Trump did on Monday when he defended the optics of his decision to secretly host members of the Taliban, the brutal militant group, at Camp David just days before the anniversary of the Sept. 11 terror attacks . The president had been seeking a peace agreement to end 18 years of war in Afghanistan, and he chose Camp David as the backdrop.

“Camp David has had many meetings that I guess people would have not considered politically correct, ” Trump said by way of explanation, adding that the retreat had hosted “pretty tough customers and pretty bad people” before.

Trump has not had many meetings, period, at Camp David. The president has visited the retreat only nine times since his election, according to an accounting from the Twitter updates of the president and his wife, Melania Trump, a minuscule amountCompared with the 293 dayshe has spent at a Trump property. Other presidents kept their distance as well, but several of Mr. Trump’s predecessors regularly enjoyed the grounds, using Camp David as a way to put allies and adversaries at ease. President Reagan holds the record for visitingover 150 times.

President George W. Bush was another fan. He hosted Vladimir V. Putin, the president of Russia, in 2003. He also used the camp to forge a closer bond with more traditional allies, including Tony Blair, then the prime minister of Britain.

“We both use Colgate toothpaste, ” Bushsaidproudly, adding that the prime minister had asked to borrow his.

Mr. Trump has little interest in sleepaway camp-style bonding. Instead, he has been host to world leaders either at one of his properties or the White House. In 2012, President Barack Obamaheld the G8 summitat Camp David. Mr. Trump, by comparison, has suggested holding next year Group of 7 at hisluxury resort in Doral, Fla.

Trump views Camp David as a place to host Washington-style meetings, according to three people who’ve traveled with him there. It has been also been a reliable – and perhaps politically neutral – place for Mr. Trump to abscond to during a hurricane: He has monitored Dorian, Harvey and Irma from there.

Relaxation has never been on the agenda. When Mr. Trump is at Camp David, personal phones are taken away from his aides for security reasons upon arrival, but Mr. Trump still hangs on to his iPhone in order topepper the public with updatesabout his work schedule: “I am at Camp David working on many things, including Iran! ”he wrote in June.

Mick Mulvaney, the acting White House chief of staff, has urged Mr. Trump in recent months to make better use of the property, a person familiar with the planning said. Mr. Mulvaneytook a solo tripthere to host bipartisan lawmakers earlier this year.

Last week the presidentdecided to invite the Taliban there, a decision that people close to him were still trying to parse out days later. (As one former senior administration official put it, Mr. Trump could not exactly have the Taliban for prime rib night at Mar-a-Lago.) Trump himself told reporters on Monday that the only other place to do it would have been at the White House.

“That would be a step too far, ”Mr. Mr. Trump said. “There have been many very powerful meetings at Camp David having to do with enemies, real enemies, very big enemies, war. And I thought Camp David would be good and I still do. ”

Mr. Trump’s characterization of Camp David as a place to host “bad people” – a sentimentbacked upby Mike Pompeo, his secretary of state, over the weekend – puzzled people who have maintained and revered the camp as a symbol diplomatic achievement for American presidents dating back to the Franklin D. Roosevelt administration.

The most famous diplomatic meeting at Camp David was the 1978 agreement between the Israelis and the Egyptians, which was brokered by President Jimmy Carter. President Bill Clinton would unsuccessfully try to take a similar path in 2000, hosting Ehud Barak, the former Israeli prime minister, and the Palestinian leader Yasir

“That’s building relationships,” Giorgione said of those attempts. Of Mr. Trump’s Taliban plan, he added: “We’re talking about an entity that espouses terrorism, attacked our country and killed our people. To me, that’s not the type of player you bring to a place with the history and reverence of Camp David to talk. ”

This was not the first time Mr. Trump or his advisers have envisioned Camp David as a place to carry out his diplomatic ambitions, nor is it the first time the president’s impatience to set a headline-grabbing scene has ended in disappointment.

In early 2018, White House officials had discussed using Camp David as a place to host Enrique Peña Nieto, then the president of Mexico, for trade talks, according to a person familiar with the planning process. Mr. Nieto’svisit was called off when the two leaders got into a fight over the phone when discussing Mr. Trump’s planned border wall with Mexico. The White House did not respond to a request for comment on Monday.

Trump has had better luck hosting a captive audience.

Last January, the president invited several top congressional Republicans, including Mitch McConnell, the Senate majority leader , and Paul D. Ryan, then the House speaker, for a weekend retreat. Mr. Trump offered personal tours of the grounds, with special time reserved for the group to review his presidential lodgings. At ***innertime, steaks were on the menu, prepared by Navy chefs.

There was also a movie in the informal screening room: “The Greatest Showman , ”A musical about PT Barnum. 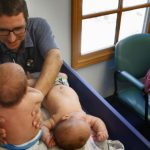 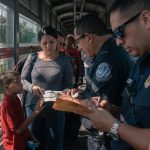