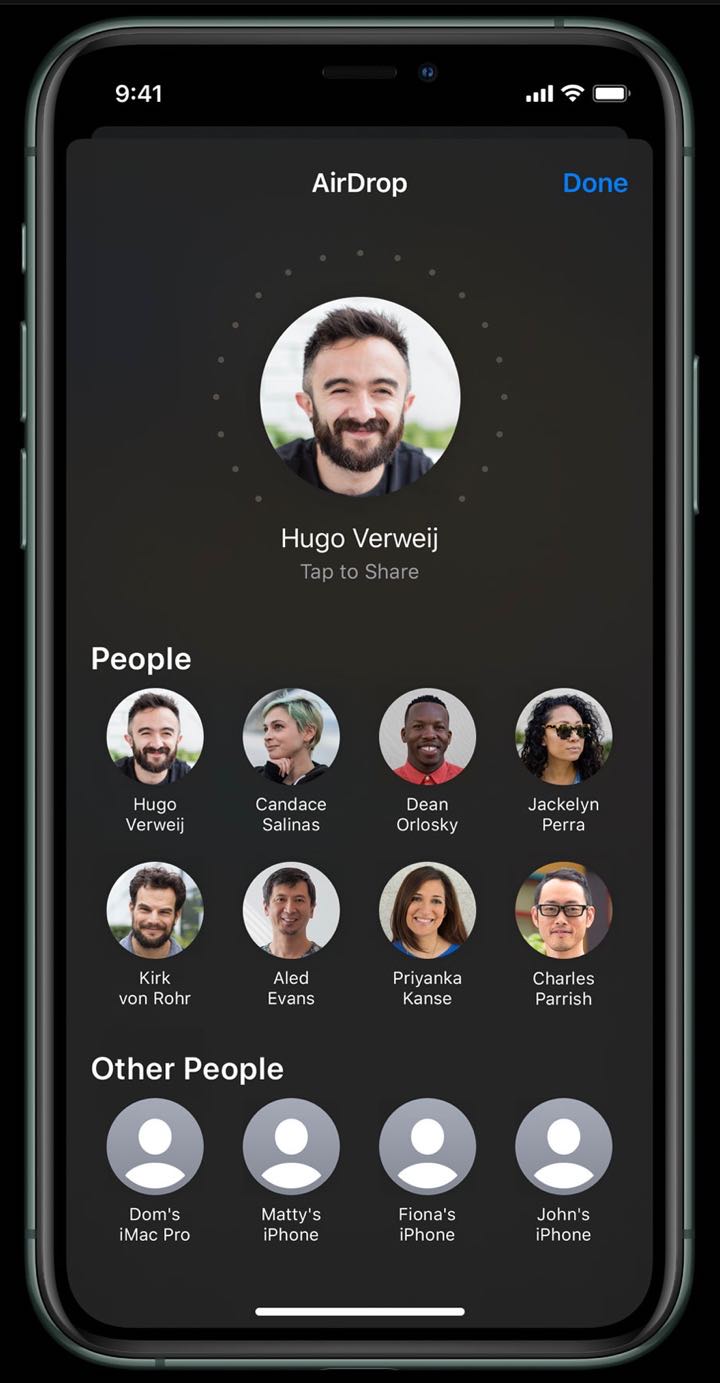 Apple likes talking about the awesome chips it designs for its iPhones, but it hates even hinting at products it hasn’t yet announced. The new U1 chip — introduced with the iPhone 11 but never mentioned on stage at Tuesday’s iPhone event — strikes at the heart of this conflict. Embedded in the U1 is new technology that may dramatically change how our various intelligent devices interact with each other, but Apple is only using it to make a small addition to AirDrop.

Of course, the story is more complicated. If you believe the reports that Apple isworking on a tracking accessorythat will let you locate just about any object with extreme precision, then the lack of a keynote mention starts to make sense. Apple will probably be ready to talk upUltra Wideband(UWB), thewireless standardthat powers the U1, the very moment that product is released. Until then, we’re left with a paragraph on Apple’s website:

The new Apple ‑ designed U1 chip uses Ultra Wideband technology for spatial awareness – allowing iPhone 11 Pro to understand its precise location relative to other nearby U1 ‑ equipped Apple devices. It’s like adding another sense to iPhone, and it’s going to lead to amazing new capabilities.

Amazing new capabilities, eh? The Apple marketing copy has it right — UWB’s technological trick is allowing devices to pinpoint one another’s locations in the real world with great precision. From raw data alone, UWB devices can detect locations within 10 centimeters (4 inches), but depending on implementation that accuracy can be lowered to as much as 5 millimeters, according to Mickael Viot, VP of marketing at UWB chipmaker Decawave.

The technology works by using a method that Apple’s already using in allowing Apple Watches to unlock Macs: using the total round-trip time of a radio signal (measured in nanoseconds — radio waves move at the speed of light) to calculate how far away a device is. This prevents your Apple Watch from unlocking a Mac unless it’s in close proximity.

This is an important security feature, because other wireless technologies such as Bluetooth tend to estimate distance by measuring the strength of a wireless signal, not the time it takes for it to be sent to a device and then returned back to the sender. Sneaky people could relay a signal and boost its power and fool a Bluetooth device into thinking you were nearby when you weren’t. That’s a security hole wide enough to break into a Mac or steal a car.

The speed of light and a roundtrip signal allows for a precise measuring of distance, but UWB can also determine the angle of arrival of the radio signals by measuring the phase shift that comes when receiving the signal from multiple antennas. Put the distance and angle together and you’ve got incredible precision — enough for, the rumors suggest, Apple to use an augmented-reality display to mark the precise location of another device.

Right now, the only feature Apple has announced involving the U1 is a modified version of AirDrop that uses that precision location to determine if another iPhone 11 is close (and, believe it or not, if it’s pointing at your phone), and pops that device to the very top of your AirDrop interface. UWB can be used to transfer data at up to 27 megabits per second, which is faster than Bluetooth LE, but slower than Wi-Fi. I don’t know if Apple’s using UWB to do the data transfer or just using it for location finding and then switching to a peer-to-peer Wi-Fi connection for fast file transfers, which is what usually happens when using AirDrop between devices .

But the possible applications of UWB go way beyond AirDrop and tracking tags. Decawave’s Viot says potential applications include smart home tech, augmented reality, mobile payments, the aforementioned keyless car entry, and even indoor navigation. (And it’s not a power hog, either — Viot says that Decawave’s latest UWB chip uses one-third of the power of a Bluetooth LE chip when in beacon mode, as a tracking tile would be.)

In terms of smart home tech, both security and functionality could be improved by devices knowing exactly where they are, and where the humans in the house are. (This is one reason why Viot thinks that Apple will add UWB support to the Apple Watch sooner rather than later: we aren’t always with our phones, but we bring our wrists with us wherever we go.) Imagine a whole-home audio system moving music playback through multiple rooms based on the location of an individual listener. Consider the peace of mind of knowing that your smart door lock won’t open unless you’re standing right in front of it — and can lock the moment it knows you’re inside.

Augmented reality is also an enormous area of ​​interest for Apple, and UWB can help there, too, by providing location precision for devices and accessories. And then there’s boring stuff like UWB-enabled badges that could unlock doors and even enable office buildings to provide “turn by turn” directions to their destinations.

And the stolen car thing — that seems to have been enough of a security hole to help spur car manufacturers to get off of Bluetooth LE and on to something more secure. TheCar Connectivity Consortium, of which both Apple and Google are members, should enable UWB-enabled devices to replace car keyfobs securely.

Apple is first out of the gate

Of course, that’s only if most smartphones are UWB enabled. As of today, the total number of smartphones shipping with UWB onboard is zero. In fact the iPhone 11 family, when it arrives next week, will be the first consumer smartphones to support UWB. A glance at the various trade groups coalescing around this technology suggests that Google, Samsung, HTC, and other major players plan to get in the game.

“It’s huge,” Viot says, that Apple has taken this step. He likens the move to Apple adopting Wi-Fi in the first iBook, which was the push the technology needed to start rolling out everywhere. Apple might not be talking a lot about it now, but that U1 chip may be our first step into a world where all of our devices know where they are in relation to one another at a precision measured in millimeters.

The implications are enormous. As Apple’s innocuous final marketing sentence about the U1 reads, “that’s just the beginning.”

[If you appreciate articles like this one, help us continue doing Six Colors (and get some fun benefits) bybecoming a Six Colors subscriber.] 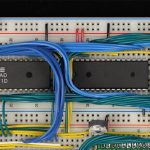