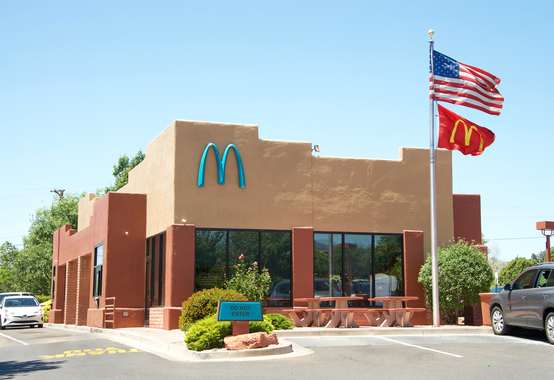 Back in June, a user on theFacebook group“What Zoning Board Approved This?” – a kind of zoning-focused little brother forum forNew Urbanist Memes for Transit Oriented Teens –shared aphotoof an unusual McDonald’s restaurant in Arizona. Users in turn marveled at and mocked the franchise’s teal Golden Arches and tacky stucco facade. The board that approved this particular McDonald’s was in Sedona, Arizona, which enforces an especially strict design code. A local in the group provided additional context: “I live in Sedona [and] all the boards that run this place have a stick up their…”

Weird McDonald’s are a mainstay in the group, which interrogates the strange results of America’s hyper-localized system of land-use regulation. For the most part, the chain has produced standard, recognizable stores, fromGoogie food standstodouble-sloped mansard roofs. So when local zoning boards insist on aesthetic control, the results stand out, producing an awkward mix of formula design and local whims. If the group’s comment section is any indication, the resulting McDonald’s are often a bit of a disappointment. Indeed, they each in their own way suggest that something has gone awry in the way we design cities. Here are their stories.

… With A Side of Preservation

When local entrepreneur Lawrence Anderer decided to bring McDonald’s to the tony Long Island suburb of New Hyde Park, the chain already had the franchising process down to a science. In 1985, he acquired a cheap lot with a dilapidated old house along the Jericho Turnpike, already a busy suburban commercial strip at the time. There was just one problem: that dipalitated old home was theDenton House, a 1795 -built Georgian mansion.

As locals rushed to apply historic designation to the property, Anderer’s original plan to demolish the then-decaying house and build a conventional McDonald’s was quickly scuttled. At this point, Anderer might have walked away, but he didn’t. Instead, he opted to navigate the new set of rules applied to the property, restoring the home’s front facade and opening what has beencalled“the most beautiful McDonald’s in America” in 1991.

A similar fight played out when McDonald’s set out to open its first location in the state of Maine. Bumping up against Freeport’s extremely strict design and preservation codes, it quickly became clear that the standard site plan wasn’t going to fly. After raucous public debate, the townagreedto allow McDonald’s to rehabilitate the Gore House, an 1850 – built Colonial manor. Like Denton House, Gore House stands to this day, just one block north of the L.L. Bean headquarters. In an awkward nod to local culture, this is also one of the few McDonald’s to sell the “McLobster, ”the chain’s take on the lobster roll.

Did Somebody Say Design?

Enthusiasm among settlers for a unique Southwestern aesthetic reached a fever pitch in Arizona and New Mexico. Promoted by architectural historians and tourism boosters alike,Pueblo Revivalquickly became popular, combining flat roofs, projecting roof beams, and stuccoed walls. Out of this, many of America’s first modern design ordinances were born, requiring that new buildings incorporate what came to be known as “Santa Fe style. ”

The folks at McDonald’s got a crash course in this unique slice of American architectural history when they tried to open a franchise in Sedona, Arizona. Nestled in the hills of Central Arizona, Sedona boasts strictdesign codesthat prohibit “franchise buildings. “Designing buildings like outfits, city officialsarguedthat the Golden Arches clashed with the region’s famous red rock faces. In addition to complying with the standard Pueblo Revival design rules, which produced a curious adobe-style building, the company was required to turn the Golden Arches teal.

At the same time that planners in New Hyde Park were fighting with McDonald’s to preserve the Denton House, planners in Independence, Ohio were negotiating with the chain to produce a building with quality design. Like Sedona, the outer Cleveland suburb enforced strict facade rules, requiring McDonald’s to secure signoff from the town’s Architecture Review Board. Theresultof these negotiations is a two-story, post-modern-by-way-of-Greek Revival McDonald’s — three-quarters of a mile east of Interstate 77 .

Locals seem to be content with all four developments — if nothing else, for their sheer weirdness — and each allowed McDonald’s to slip locations into otherwise restrictive towns. But if a mixedonline receptionis any indication, these developments raise serious questions about the efficacy of historic preservation and design regulations.

Today, the once-manicuredgroundsof the Denton House are a surface parking lot. And theinteriorof the Gore House has been gutted and remade into a garden-variety McDonald’s. The Sedona McDonald’s is still, at the end of the day, anoutparcelnext to a strip mall that could be anywhere in North America. And as Redditors haveobserved, the Independence McDonald’s looks kind of evil.

One can’t help but wonder, was it worth all the fuss to save a mansion that sells McDoubles and McFlurrys — a McMansion, if you will? Are teal Golden Arches really strengthening the heritage of the Southwest? Are faux Greek Revival columns at the drive-thru window really changing perceptions about the quality of a humdrum suburb? At the same time that we likely overestimate the placemaking powers of preserving and designing by committee, perhaps there’s underappreciated wisdom in just letting a McDonald’s be a McDonald’s.

NolanGray is a city planner in New York and a regular contributor toMarket Urbanism. 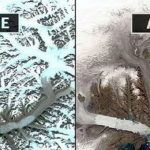