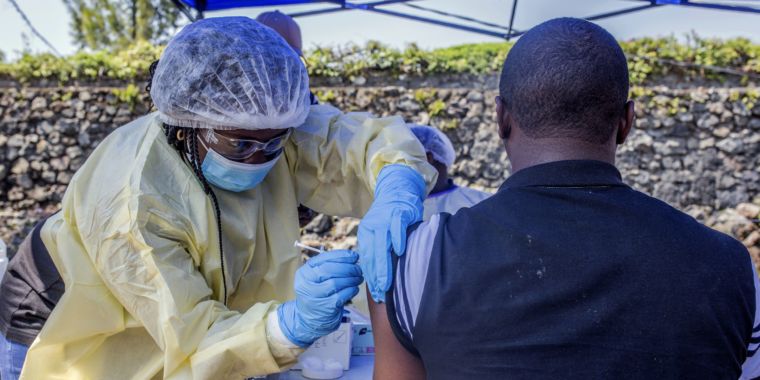 The WHO wasted no time to “prequalifying” the newly approved vaccine.

Regulators in Europe have granted the world’s first approval of a vaccine against Ebola — and health officials are wasting no time in rolling it out.

The European Commission announced at the start of the week that it had granted a landmark marketing authorization of Merck’s Ebola vaccine Ervebo. The vaccine has been in the works since the 2014 West African Ebola outbreak. It is now being used in the ongoing outbreak in the Democratic Republic of Congo based on a “compassionate use” protocol.

The current outbreakin the DRChas killed nearly 2, 200 since August 2018, causing nearly 3,cases. The outbreak is the second-largest recorded, surpassed only by the 2014 West African outbreak that caused more than 11, 00 0 deaths and 28, 00 cases.

Preliminary vaccine data from the current DRC outbreak suggested that Ervebo is 97 .5% effective at preventing the devastating viral disease. It protected well over 90, 00 0 people in the outbreak.

The vaccine protects againstone of four species of Ebola known to infect humans– the Zaire ebolavirus species. Zaire is responsible for the current outbreak in the DRC, as well as the 2014 West African outbreak, andnearly all other outbreaks recordedsince Ebola was first discovered in 1976.

“Finding a vaccine as soon as possible against this terrible virus has been a priority for the international community ever since Ebola hit West Africa five years ago, “European Commissioner Vytenis Andriukaitis said in a statement Sunday, November 10. “Today’s decision is therefore a major step forward in saving lives in Africa and beyond.”

The vaccine was initially developed by researchers at the Public Health Agency of Canada’s National Microbiology Laboratory, which subsequently licensed it to NewLink Genetics Corporation. Merck obtained the license in 2014 amid the West African outbreak and developed it further.

“It is a historic milestone and a testament to the power of science, innovation and public-private partnership,” MerckCEO Kenneth Frazier said in a statement. “After recognizing the need and urgency for an Ebola Zaire vaccine, many came together across sectors to answer the global call for outbreak preparedness. We at Merck are honored to play a part in Ebola outbreak response efforts and we remain committed to our partners and the people we serve. “

The US Food and Drug Administration is expected to make an approval decision on the vaccine in March 2020.

In the meantime, the World Health Organization announced Tuesday, November 12 that it has “prequalified“Ervebo, signaling to member countries that the vaccine meets WHO standards for safety, quality, and effectiveness. In an announcement, the WHO noted that it was “the fastest vaccine prequalification process ever conducted by WHO” and came less than 48 hours after the European Commission approved the vaccine. The organization said it is also working to facilitate licensing in countries at risk of Ebola outbreaks.

“[Prequalification] is a historic step towards ensuring the people who most need it are able to access this life-saving vaccine , “WHO Director-General Dr. Tedros Adhanom Ghebreyesus said in the announcement. “Five years ago, we had no vaccine and no therapeutics for Ebola. With a prequalified vaccine and experimental therapeutics, Ebola is now preventable and treatable.” 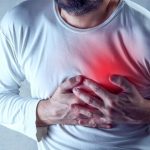