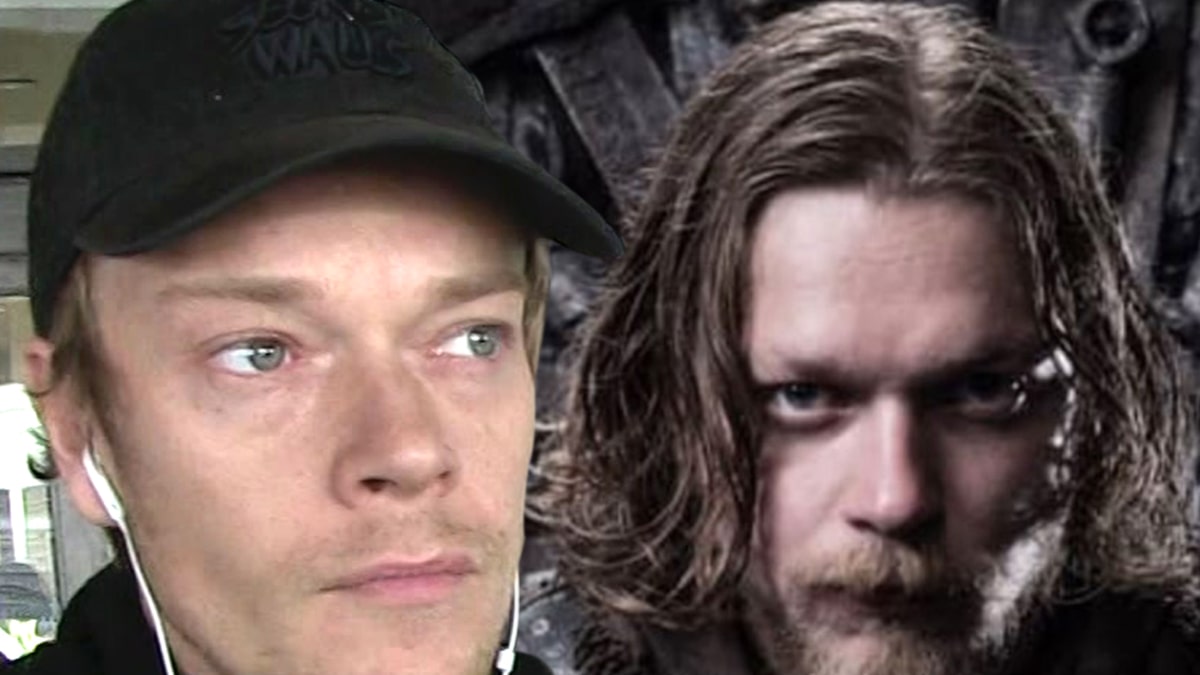 (Sad **************** Game of Thronesfans … the guy who stood in as the body double forAlfie AllenTheon Greyjoy has died, and Alfie’s now offering up his thoughts and prayers .

Andrew Dunbarpassed away on Christmas Eve in Belfast, Ireland .. .this according to his friends and an extras acting agency that had employed him. No cause of death was immediately revealed, but the news seemed to stun his contemporaries, including Alfie. 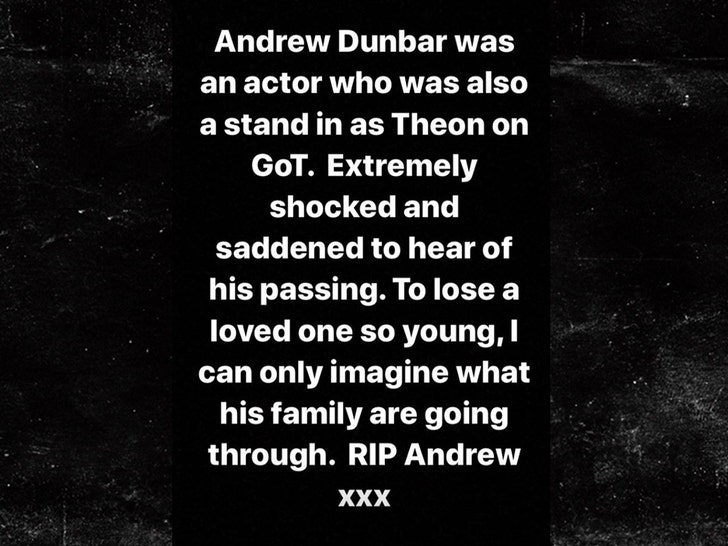 The English actor posted tributes of his ‘GoT’ stand-in, saying “RIP Andrew Dunbar,” and then going on to share his full thoughts. Alfie wrote, “Andrew Dunbar was an actor who was also a stand in as Theon on GoT. Extremely shocked and saddened to hear of his passing. To lose a loved one so young, I can only imagine what his family are going through.”                   Dunbar not only served as theon’s body double, but he was also cast on the show as an extra for a couple different scenes – notably, as one of Jon Snow’s allies in the ‘Battle of the Bastards’ episode as well as a Stark house bannerman. Dude just had the look.     It’s unclear how long he stood in for Alfie – he’s reported to have first been cast as an extra (and, presumably, as Alfie’s double) from seasons 6 through 8 – but obviously it was long enough for the guy himself to remember and commemorate him.     Waiting for your permission to load the Instagram Media.      According to the Extras Dept. agency, Dunbar also acted in productions like “Line of Duty,” “Derry Girls,” “Krypton,” just to name a few. His exact age is unknown, but he’s said to have been in his 30 s. 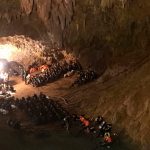 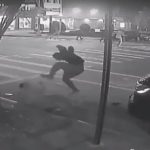