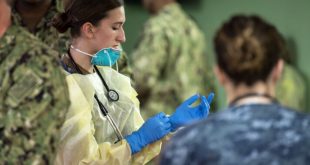 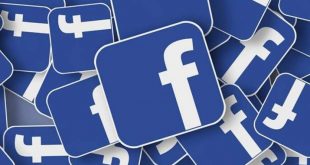 Facebook wants you to use it less with the new Quite mode: Know what it is – India TV News, Indiatvnews.com


US sex education is decades behind other countries. Right now, it isn’t even mandatory in every state. Add to that the awkwardness people feel about sex and bodies in general, top it with the idea of ​​having to have these discussions in public, and what you get is a system that’s devolved into a total mess.

It’s no wonder 84 percent of teens look for sexual health information online. The problem there is that a lot of the answers they come across – about everything from STIs to puberty to pregnancy to sexual orientation – are often just plain wrong.

That’s how Planned Parenthood created Roo, a sex ed chatbot that encourages teenagers to ask all of their potentially uncomfortable sex-related without ever revealing their identity.

To build Roo, Ambreen Molitor, senior director of the Digital Product Lab at Planned Parenthood, first interviewed Brooklyn high school students about their online habits and what they would want out of a bot that talked to them about everything from safe sex to coming out. Her team discovered that above all, “teens really wanted to be anonymous.”

“Sometimes they didn’t feel comfortable talking to the community around them or in the sex ed classrooms. But also online, because more often than not, Gen Z’s teens in general are very aware that when you’re searching on Google, you’re being cookie’d. They’re very cognizant of what they type into the browser or the search query – which is really unique. ”

In this episode, Molitor tells host Arielle Duhaime-Ross that Roo is seeing great success so far. Parents have even reached out on LinkedIn to praise her bot.

Of course, the complexities of human sexuality, specifically as they need to be explained to a developing and curious teenage population, can never be fully resolved through an anonymous computer that’s been preprogrammed with answers.

That’s where Nora Gelperin, a parent and longtime sex educator who’s currently the director of sexuality education and training at an organization called Advocates For Youth, comes in. She developed a sex ed video series called Amaze.

With over 80 installments on topics ranging from gender identity and sexual orientation to sex trafficking, intersectionality, puberty, and even wet dreams, Gelperin revealed that technology can be “really a great companion for adults, whether they’re parents and caregivers or professionals having these conversations.”

But don’t expect a chatbot like Roo or even an extensive and informative video series like Amaze to solve the problems that a lack of comprehensive sex education leave behind.

Listen to the entire conversation here, where you can find out what a high-school-age person actually wants to be told about sex. Below, we’ve also shared a lightly edited transcript of Molitor’s conversation with Duhaime-Ross.

Kids and teens are hungry for this kind of information.

Almost 84 percent of teens actually look for sexual health information online. So our team built a sex ed chatbot named Roo. It’s only 9 months old. Very much in its infancy.

Roo allows folks, specifically teens, to anonymously ask all kinds of questions around sexual health information. The interface is very much like a text format. So Roo will prompt you, greet you, and allow you to have the open space to ask a question. It can be as short or as long as you want and Roo will respond to you in 180 characters or less.

I’ve had pretty terrible experiences with chatbots and they don ‘ t have the greatest track record in general. Maybe you remember Microsoft’s chatbot attempt a few years ago. They had to shut it down because Twitter managed to train it to be racist and misogynistic in less than 24 hours.

So when I heard about Roo, I was honestly pretty skeptical . I know Planned Parenthood is good at teaching people of all ages about sexual health but I wasn’t convinced the organization would have the tech chops to make a bot that didn’t suck. So I decided to put it to the test.

My experience with Roo wasn’t terrible. And that’s surprising. So I asked Planned Parenthood how they went about designing it.

How Roo works is three-fold.

The second and third layer are human inputs.

The second input is we have a content strategist that comes in and ensures that the answers that we provide have that nonjudgmental tone. It provides the personality that brings Roo to life.

The third most important one is a team of educators that reviews each answer and ensures that it’s medically accurate and up to date.

Ambreen’s team talked to teens at a high school in Brooklyn about their online habits and what they wanted out of the bot.

Teens really wanted to be anonymous. Sometimes they didn’t feel comfortable talking to the community around them or in the sex ed classrooms, but also online. More often than not, Gen Z’s teens in general are very aware that when you’re searching on Google, you’re being cookie’d. So they’re very cognizant of what they type in the browser or search query, which is really unique.

Planned Parenthood actually even has a texting service where you can talk to a sex ed professional directly. But now you’re developing a chat bot. So it sounds like you still feel a need to remove a human from the equation even further.

Yeah. That’s because at certain times we found that teens feel comfortable with talking to a bot because it eliminates some strong bias and they’re quick to open up to the actual questions they need to get to.

According to Planned Parenthood, teens like using Roo because it protects their anonymity. And the fact that it comes in the form of a cute little avatar doesn’t hurt.

It’s gender-neutral. You cannot determine if it has a certain gender identity or even sexual orientation. If you take a long time to type something, Roo starts to like fall asleep and has some Z’s going over his head. And they love that. They’re like, “This avatar is actually paying attention to me. They’re taking the time to understand and connect with me in unique ways. ”

Another thing we get so much feedback on is, “Not only is it great that I feel safe, but I also feel like this avatar really is listening and understanding my habits.”

Does it have a human form or human shape?

It’s a blob. It’s just basically an avatar that’s a rounded rectangle with eyes and a mouth to provide gestures.

Precisely. It winks, sleeps, snores, all of those things.

Planned Parenthood doesn’t keep track of who uses Roo but users can opt in to share information about their age and race.

Of those people who opt in to provide that information, 80 percent of them have identified as teenagers. So it’s about 60 – 40 percent male to female and 2 percent other gender identities.

(Almost) percent of the folks that we talked to – again, who have opted in to provide us information – are what we consider people of color. So they’re of a diverse background and race and ethnicity. (Arielle Duhaime-Ross)

Planned Parenthood also monitors the questions people ask Roo. And some of the subjects teens broach with Roo have been surprising.

Consent is a topic that we did not anticipate either from the learnings through visiting the high school or through the data that we were seeing from our website. Otherwise, we anticipated lots of questions around puberty and around those changes.

Correct. The spectrum of normalcy is what every teen wants to understand, it’s where they live. Normal is very important to a teen. And that’s something we knew going into it.

These are big, complex, heavy topics. How does Roo answer these questions in 180 characters?

We start off by describing consent. We say that there’s no one way to do it. And then we provide just an example or some guiding principles for that. Once we answer the question, we recognize that someone may want to go deeper. And we have link-outs to pages on our site and videos on how you can find or figure out different ways that people can ask for consent. So it goes one step deeper when 180 characters cannot fulfill the curiosity that someone has about that question.

Approximately 80 percent of the time, we’re answering the question correctly. A lot of it falls on two years worth of data and testing that we did. So we didn’t just launch it and go with it.

The other reality we need to call out is that machine learning is not 100 percent accurate. I think Roo’s very humble to say, “I’m not built to answer this question,” or, “I don’t understand it,” or, “I actually don’t think it’s appropriate for me to answer it.” And we’re really good about handing it off to a human.

So there are questions Roo can’t answer. Which means Planned Parenthood had to build in some guard rails. For instance, if someone appears to be in crisis, Roo will hand off the conversation to a mental health hotline.

The feedback from teens seems to be positive so far. But there’s another demographic that Roo has also been attracting.

It’s so funny. Parents love this. I’ve actually had, anecdotally, parents reach out to me on LinkedIn and say, “Thank you so much for this bot.”

On LinkedIn – great place to talk about sex ed.

So Roo seems to be a surprisingly not-terrible chatbot. But when I think about Roo, I honestly feel kind of sad. Because I see why teens might prefer to use Roo rather than turn to an adult for help. And that makes me wonder:

Why is sex ed so broken? And is Roo really the solution?

For the answers to these questions and many more, listen to the full episode and subscribe to (Reset) ********************** (on) Apple Podcasts,Stitcher,Spotify, orwherever you listen to podcasts.

Previous The Early History of Usenet, Hacker News
Next Google Pixel 4 review — Overpriced, uncompetitive, and out of touch, Ars Technica