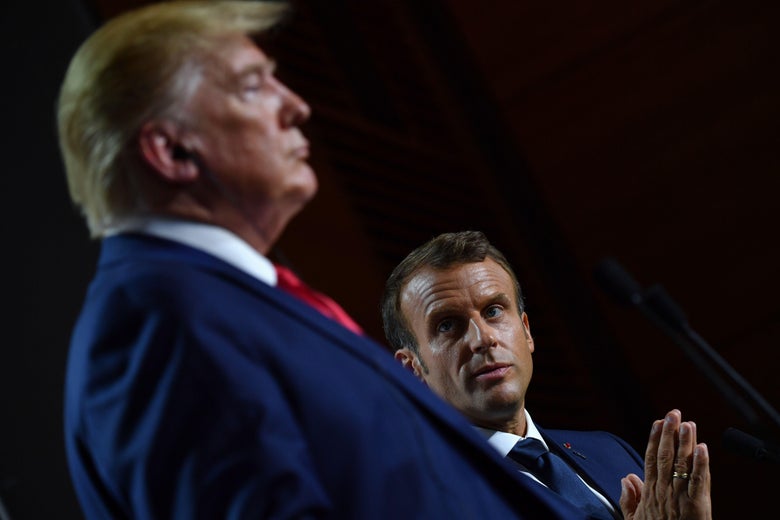 As this week’s NATO summit in London approaches, leaders are once again on tenterhooks about what President Donald Trump will do once he gets there. The main difference this year is that he’s not the only leader causing exasperation.

Trump has railed against NATO as an organization that lets allies free-ride on U.S. defense spending since he was a candidate. He has also managed to cause somesort of drama or meltdown at every summithe has attended so far.

NATO has done its best to placate the president ahead of the meeting, which starts Tuesday. Trumphas taken creditfor NATO countries taking on more of the NATO defense burden since he took office. NATO also announced last week that it wasreducing the U.S. contributionto the organization’s central operating budget. Will this be enough to keep the president happy for three days in London? Almost certainly not.

The summit presents a veritable minefield of potential conflicts. To start, former national security adviser John Bolton suggested in aprivate speechthat Trump could withdraw from NATO if elected to a second term. This threat is likely to come up.

Then there’s Turkey. Syria is not on the summit’s official agenda, but NATO member Turkey’s recent incursion into its neighbor will overshadow this week’s talks. Most European leaderscondemned Turkey’s attackon the Syrian Kurds, in stark contrast to Trump, who greenlit the operation and spent the ensuing days veering between ambivalence and outright support. At previous summits, Trumphas reportedly suggestedthat he thinks Recep Tayyip Erdogan is the only NATO leader doing things the “right way.”

Given that the summit is in the UK, it also seems very unlikely that Trump will be able to resist weighing in once again with his thoughts on next week’s British election, despite theclear wishesof his friend, Prime Minister Boris Johnson, that he keep his mouth shut.

And then there’s impeachment. As he left the White House for the summit on Monday morning, Trumpcriticized House Democratsfor holding impeaching hearings this week while he’s out of the country on “one of the most important journeys that we make as president” —which is not how this president usually talks about summit meetings. Given the importance that the alliance, with its roots in the Cold War, places on supporting Eastern European countries against potential Russian aggression, the revelations around Ukraine have only highlighted the degree to which Trump views that support as conditional and tied to his own political interests .

If Trump doesn’t cause a scene in London this week, it may only be because French President Emmanuel Macron beats him to it. Macron’s recent criticism of NATO and the central assumptions underpinning Europe’s security alliances have been as biting as Trump’s — and much better informed.

“What we are currently experiencing is the brain death of NATO,” Macron said in a wide-ranging interview to the Economist last month. Macron argues that Europe needs to rethink its defense posture in a world with an “American president who doesn’t share our idea of ​​the European project.” To that end, he has recently been championing theEuropean Intervention Initiative, a new defense coordination project that does not include the United States and is separate from NATO. Macron also argues that Turkey’s recent actions in Syria should raise questions about NATO’s all-important Article 5, which states that an attack on one member will be considered an attack on all. “If the Bashar al-Assad regime decides to retaliate against Turkey, will we commit ourselves under it?” He asks in the Economist interview. Even more controversially, he also argues that it’s time to question the alliance’s “unarticulated assumption… that the enemy is still Russia” and supports a rapprochement with Vladimir Putin’s Russia. In the interview, he seemed sympathetic to Russian concerns about NATO enlargement.

The interviewprompted rebukesfrom a number of European leaders, most notably Germany’s Angela Merkel whostrongly defendedthe value of NATO and the trans-Atlantic alliance. The interview followed several other occasions where Macron has staked out positions at odds with the European consensus and with Merkel in particular.

Macronhas repeatedly argued, often single-handedly among EU leaders, against further extensions of the UK’s Brexit deadline. He suggests that theendless wranglingover Brexit is distracting from much more pressing European priority and that the British should be held to their commitments.

In October, Macronalso blockedthe beginning of EU membership talks for Albania and North Macedonia, arguing that the EU enlargement process needs reform. This was a major setback for North Macedonia in particular, which recently made the politically painful decision to change its name in order to assuage Greek concerns, specifically so it could begin membership talks. Critics argue that the EU shutting the door to these countries could endanger stability and democratization efforts in the western Balkans and give a diplomatic opening to Russia. EU Commission Chief Jean-Claude Juncker called it a “a major historic mistake.”

In both the EU and NATO contexts, Macron has argued that in the age of Trump, Brexit, and Syria, Europe needs to radically rethink old assumptions about its geopolitical position — expansionist, closely tied to America, reflexively anti-Russian. This hasn’t gone over well with his fellow leaders, though that may have as much to do with the style of the messenger than the message itself.

Referring to both the Economist interview and the Macedonia dispute, Merkelrecently toldMacron at a dinner, “I understand your desire for disruptive politics. But I’m tired of picking up the pieces. Over and over, I have to glue together the cups you have broken so that we can then sit down and have a cup of tea together. ”

According to the New York Times, Macron replied he couldn’t go to the meeting and simply “act like nothing has happened.”

France may be a founding member of NATO, but Macron’s current stance is part of a long history of French tetchiness about the alliance dating back to President Charles de Gaulle’s decision to withdraw the country from NATO’s military command in 1966 – at that time, France’s objection was that the US was playing too strong a role, not too weak — a decision that wasn’t reverseduntil 2009. The French partial withdrawal was one of the most damaging crises in the alliance’s history. But NATO survived France’s hostility. It will probably survive the current U.S. administration’s as well. Whether it can survive the simultaneous hostility of both is a tougher question. 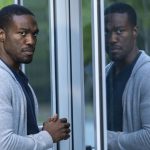